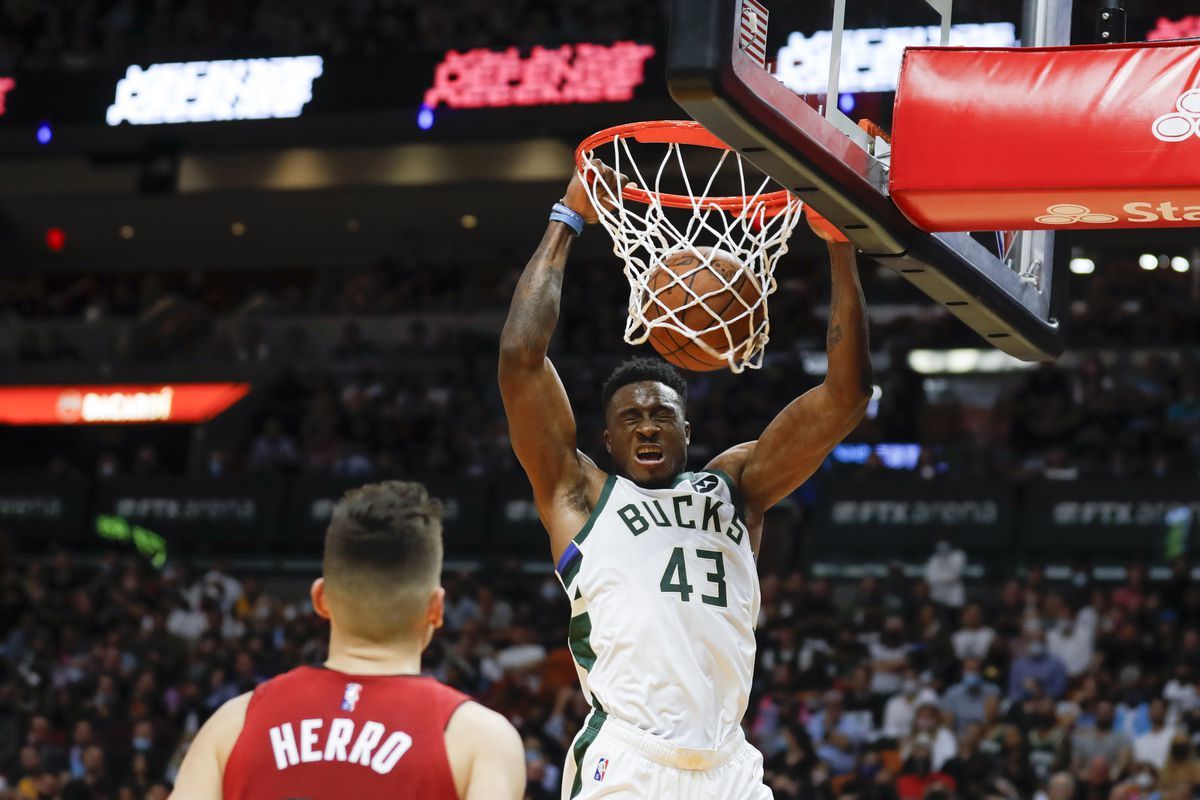 NBA Betting is a tricky business, a basket made, a basket missed, a list of absentees can destroy the spread, winning odds, and many more compositions. There have been times when my suggested bets have failed by a point or two, I still remember how when I suggested Trail Blazers go over 107.5, they got restricted to 107 as Trendon Watford missed a free throw in closing seconds, it is just one of the many such examples. The point is that NBA is topsy-turvy and if we observe averages, metrics, etc., all of that could be thrown away in an instant.

Anyway, In this riveting inter-conference affair, the Milwaukee Bucks will host the Miami Heat. Bucks are the defending champions and have their campaign on track now, winning eight of their last nine games. Meanwhile, Miami has won five games over the 50% win mark. For a simple overview, simply head to the “Notes” section. For the discussion about the total, just head over to the “Expert Betting Tips”.

Heat to be challenged by Bucks’ length

Why Butler and Adebayo matter: In this particular match-up, the Heat will face a lot of lengthy players and pesky defenders for Milwaukee. Giannis missed the last game but if he plays in this game, he will be a huge problem. With Butler and Adebayo, the Heat could have countered the length in a better manner as right now they are fielding a three-guard heavy lineup. It isn’t like Lowry, Robinson, and Herro can’t seal the perimeter but with their two main guns, the Heat gets both length and a better chance of pulling down rebounds. On offense, of course, the duo is a big factor but on the defense, the damage seems to be more. The Heat put up 113 points in the last game without Butler and Adebayo while restricting the opponent(Pacers) to 104 but you feel Bucks will be a tougher challenge than the haphazard Pacers.

Heat has depth: In the last game, the trio of Herro, Robinson, and Lowry clicked on 12 of the 24 three attempts, and with Lowry bagging 26, Herro clinching 18, and Robinson notching 24 points, the guard-heavy line-up worked for the team. However, I doubt that the Bucks’ length will allow these three to make 50% of their threes. It can mean that the team which lacks the low-post talent of Adebayo may have to eke out offense in different ways. The thing is I have a hard time believing that Bucks will allow Heat to run over them with this depleted lineup. Despite all of the speculations, one thing is clear, the Heat has superb guard length, even Gabe Vincent as the fourth-option guard on the team has chipped in with 10-15 points regularly.

I’d like to talk about the “Total” at length here. First, is there any sure-fire way to know if a game is to be a high-scorer or low-scorer? For instance, let us take the example of the Boston Celtics, they had played low-scorers in the 180-200 range constantly earlier, but against, Jazz, the points range reached 260-270, and a low-scoring team like Boston scored 130 and it’s otherwise stellar defense these days allowed 137. This is how scoring can change in a matter of a day or two.

Still, for the sake of guessing, let us see what Heat has done without Butler-Adebayo. Heat scored just 85 against Cleveland but scored 113 points against Indiana. Now, Cleveland is a better defensive squad than Indiana but the Heat may have also figured out how to run the three-guard lineup. The Bucks are comfortable in both low-scoring and high-scoring situations. The team has scored d 93 and 127 in two games, the 93 points game without Giannis and a loss too. However, Milwaukee on most nights can generate offense worth 110 points and more especially with Antetokounmpo in the mix. For the sake of guessing, I will take the range of 205-215 points here.

Bucks have the edge in this match-up, no matter how you look at it. Milwaukee is going to play a Miami team without Jimmy and Bam, it means they can extract the advantage in terms of size. However, the sharpshooting trio of Lowry, Robinson, and Herro can also cause a fair size of the damage. Still, the Bucks will start the game as the overwhelming favorites with the odds of 1.51 to clinch the game. The odds for Total Points Over and Under for 215.5 is 1.97, so the bookmakers predict the game to hover in that range.