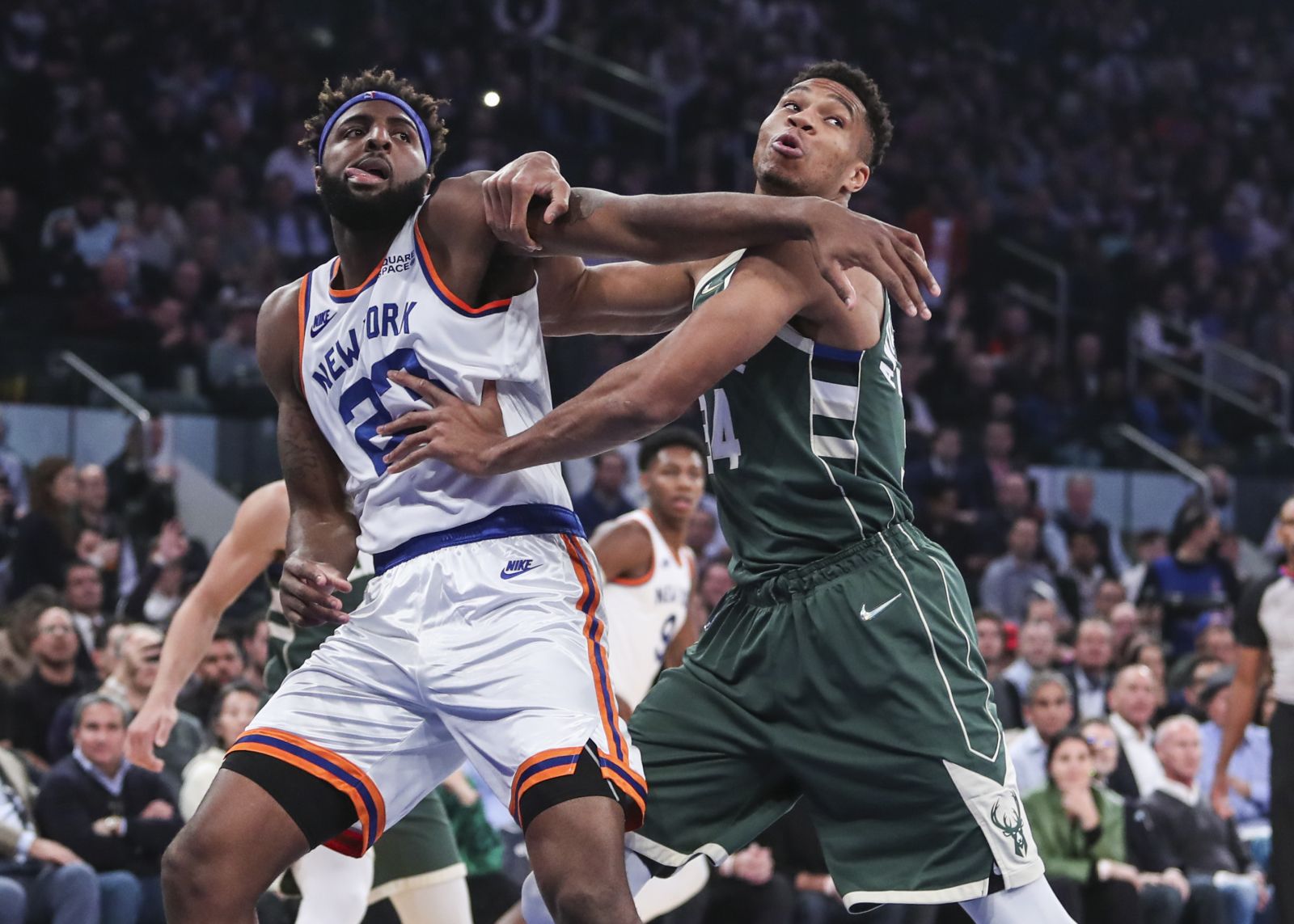 Here we are then, in the midseason window of the NBA which means that the trade deadline is far away. Well, there are plenty of teams that need a change of scenery and there are also many players who will look for a change of scenery. Sometimes the will is mutual to part ways and there are times when players are traded even when they are content. Well, NBA is a business after all, but let us not forget for these players, it is a way of life considering each team plays 82 games a season. Anyway, one of the teams that can be involved in the trade scenario in the form of the New York Knicks will visit the defending champions, Milwaukee Bucks, in a typical Eastern Conference affair.

The Bucks have won 30 games and have lodged 20 losses, well, there is a reason why the team won the championship last season and yes, despite a difficult mid-January period, the team has held on to a great record. The team has won three out of the last four games but come here after a big loss to the short-handed Cavaliers as they lost 99:115. On the other hand, the Knicks have made their fans grit their teeth as the team has lost 26 games while compiling just 23 games. The Knicks are one of the bottom offensive squads and against elite defenses, their offense just takes a holiday. They have lost five out of their last six games and have lost their last two road games, coming into this game after losing to the Heat 96:110 in another worrisome offensive performance. Will the Bucks take advantage of the Knicks’ offensive inefficiencies? For my game total and result prediction, go to “Expert Betting Tips”.

Bucks have some issues, Knicks need a spark

Bucks can face some challenges as the postseason closes in

Milwaukee’s 60% win record displays that they have had a more than respectable season, but there have been some issues related to the team balance at times. The depth has looked suspect at times and well, I think not having Brook Lopez does hurt the team at some level. Bucks have lost seven and won six games this month and even with Middleton and Antetokounmpo, the team has been unable to get it together on both ends. Now, with Holiday back, the team has won three of the last four games. Still, with the way East is growing and how well squads like Heat, Bulls, Cavaliers, and Nets around, the Bucks’ road can be tougher than last season.

One thing is for sure, this squad has some powerful players. With Giannis at the helm, who can wreak havoc inside and has improved his high-post area game, the team has Middleton who can score big, rebound well, and dish assists, Portis in the middle supplies high-quality rebounding and some scoring too. Jrue Holiday at the one-guard position has provided much-needed ball-handling duties while he can also have scoring nights. Connaughton, Allen, and DiVincenzo fill out other major rotations, but overall, the Bucks bench depth has been a cause of concern.

Knicks keep falling behind on offense

New York Knicks are one of the worst offensive teams in the league. They are among the bottom teams in terms of assists per game and surely, that ball is not rotating enough for this team. The Knicks have fallen off the radar massively recently, losing five out of their six games, shooting poorly time and time again. This has been a huge issue for the team throughout the season and not having a playmaker surely hurts the New York Knicks big time. The ball rotation has been off and the team plays isolation ball way too much which needs to change and that is why I believe the team will be busy soon in terms of pulling off trades.

Julius Randle, the all-around PF and basically the leader haven’t had an efficient season. He turns the ball over during crucial junctures and has had taken some questionable shots time and time again. RJ Barrett has improved compared to December but that hasn’t been enough. Fournier keeps on having cold streaks and scores below 10 rather way too much, Walker’s game has fallen completely this season, Burks, Quickley, and Grimes, the reserves have shot poorly from the floor, and it is like the poor shooting has become contagioius in the case of Knicks. I think Kemba Walker will be seeking a chance of scenery because this system is clearly not working for him in any way, shape, or form. Can we see a trade galore from the Knicks?

Points Range: The Bucks have been a high-scoring team last season but yes, this month, they had done the worst by far. Milwaukee has scored less than 100 points in half of the last eight games, a tough window for them on offense for sure. And well, at times, their bench takes the rhythm out of the offense and that is why the team has struggled during wide stretches. On the other hand, the Knicks fans wouldn’t even want to discuss their team’s offense. The Knicks have scored below 100 during the majority of the games recently and they had have quarters scoring 23 or less way too much. Defensively, the Knicks have been better than the Bucks but yes, the Bucks can get it together late in the game when needed. I think the Knicks will get close to 100 here(A dream!) while the Bucks will be in the 100-110 range too. The total points range seems to be 210-220.

Prediction: It is clear that the Knicks have struggled rather way too much this season and they need a huge lift at this point. They may need to make some trades soon because the current core isn’t working out and hasn’t shown any promise either as the cold-shooting streak has become contagious for sure. On the other hand, the Bucks have all the potential in the world to make a push towards a 63-65% win record from here and yes,they have slipped to sixth in the Eastern Conference standings but I believe they will make a fierce push as the postseason inches closer. Talking about this game, I think the Bucks willwin this 109:99.