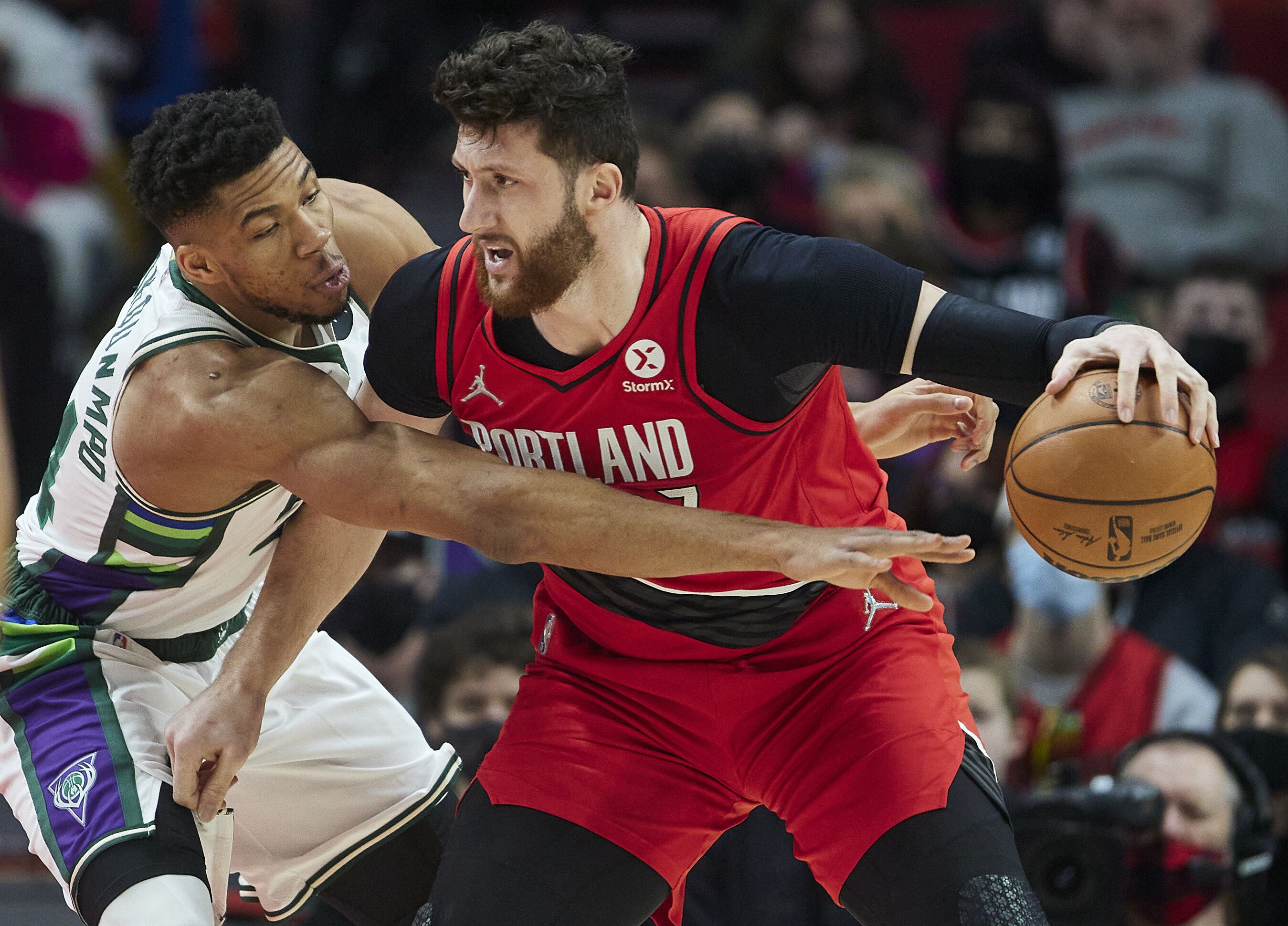 NBA betting can be decided on a made basket, made free-throw, a missed shot, a missed free-throw, and well, when you bet on the total a couple or just a single point here and there can land either side of the total under/over. There are a lot of forms of betting anyway, you can bet on the outright winner, the total for specific teams, or the overall total when it comes to both teams. There are also player props and various other team-related props when it comes to NBA betting. Anyway, let us jump into this game between the Milwaukee Bucks and the Portland Trail Blazers.

The Bucks are the defending champions and well, their campaign this season is heading towards the required window. The team has won 35 games and has lost 22 games, winning four out of the last five games. They are going to play their next six games at home but yes, with Pat Connaughton’s injury, their already weakened bench has taken a huge hit. However, the trio of Giannis, Khris, and Jrue make the Bucks a huge force game in and game out. Can the Bucks get a big run going when they undergo a lengthy home stretch?

On the other hand, the Trail Blazers blew up their roster, doing away with two of their major players in CJ Mccollum and Norman Powell. McCollum has spent most of his prime playing alongside Lillard and that duo was finally broken up a few days before the trade deadline. Anfernee Simons is currently the major ball handler and after snapping a six-game losing streak, the team has won two games in a row. As mentioned above, primary ball-handler Anfernee Simons has done a wonderful job at producing offense these days. Overall, the team has 23 wins and 34 losses, well within the range of securing a Play-in tournament. Can they get a three-game winning streak against a team like the Bucks who are one of the favorites for the championship again? To know my game total and result prediction, jump to “Expert Betting Tips”. For my player-based statistics prediction, go to “Player Performance Prediction”.

Bucks in the rising East, Trail Blazers in line to make Play-in

The Milwaukee Bucks were tested by the Brooklyn Nets in the East Semis and then they had to fend off a pesky Hawks in the Conference Finals, however, I believe that the East has grown much more in stature this season. With teams like Heat, Raptors, Celtics, and Bulls peaking along with the perennial threats in the Sixers, the road looks trickier for the Bucks. The trouble is that Heat has built huge depth while the duo of DeRozan and LaVine have made Bulls a formidable candidate. Meanwhile, the Celtics are peaking right now and the Raptors' all-around talent makes them a troublesome squad as well. The Bucks will certainly face more challenges if the new-look Nets with Simmons, Irving, and Durant mesh well at some point.

Still, I don’t mean to say that they can’t fetch a Finals spot. Having Giannis of course multiplies their chance and I still believe he is the most destructive player in the Eastern Conference despite Joel Embiid’s and DeMar DeRozan’s expansion this season. Giannis is special because he can rattle the rim with his jams and it is his pairing with Khris Middleton that makes the Bucks such a force on the offensive end. Jrue Holiday, of course, elevated the team to a championship level last season and this trio has worked well so far as the rest of the squads like Heat, Raptors, Sixers, Nets, Bulls can pose a challenge so can the Bucks to these teams. The bench strength has been an issue for the Bucks and someone will need to take a baton from the unit.

Anfernee Simons has the keys to the offense as the primary ball-handler and scorer for the Trail Blazers with Lillard potentially out for a few more weeks past the All-Star break. He has been doing a great job of shooting the ball. He has scored at least 19 points in the last six games and he has scored 29, 30 in the last two games, shooting around 48% for the last two matches. Apart from Simons, the team has also received quality play from Jusuf Nurkic, who has been a force on the rebounding end while Justise Winslow has been inspirational. And of course, the inclusion of Josh Hart in the unit gives the Trail Blazers a multi-dimensional guard position.

This means that the Trail Blazers are surely in contention for a Play-in tournament spot. They are a win ahead of the Pelicans, Spurs, and Kings, and the race for the last to second last spot is certainly heating up. The Lakers are vulnerable too, and their ninth ranking is not looking as secure as it was a few months ago. Despite having a disappointing season, with around 25 games to go, they can make it., But there is a catch in the upcoming window, their work is cut out, they will play against, the Bucks, a contender for top spot in East. Then the Grizzlies, the team with the third-best record, then the Warriors, the team with the second-best record, then the Nuggets, a 50%+ win team, then the Suns, the team with the best record in the league. Phew, isn’t this the toughest window for any team in the upcoming slots!

Points Range: The Bucks have amassed 130+ in three out of the last four games and against significantly weaker defenses, they have done a great job of scooping up big-time points. On the defensive end, they have conceded around 108-116 points continuously and they can get it done on offense so the defense can get crucial stops and keep the machine going.

On the other hand, the Trail Blazers have scored in the 107-112 points range and this has been better than some of the games earlier. On the other hand, last two games they have done well defensively but against struggling teams. I see the Bucks scoring over 120 here while the Trail Blazers will score in the 106-110 range. I believe the total points range here is 220-230.

Prediction: Bucks defeated Trail Blazers 137:108 during the last meeting but I believe the Trail Blazers certainly look more formidable compared to that game. A lineup that has Winslow and Hart can become more than a decent defensive one. But I believe that Winslow, Hart, and Jurkic will be unable to contain Giannis here. I think the Bucks will take this game 122:107.