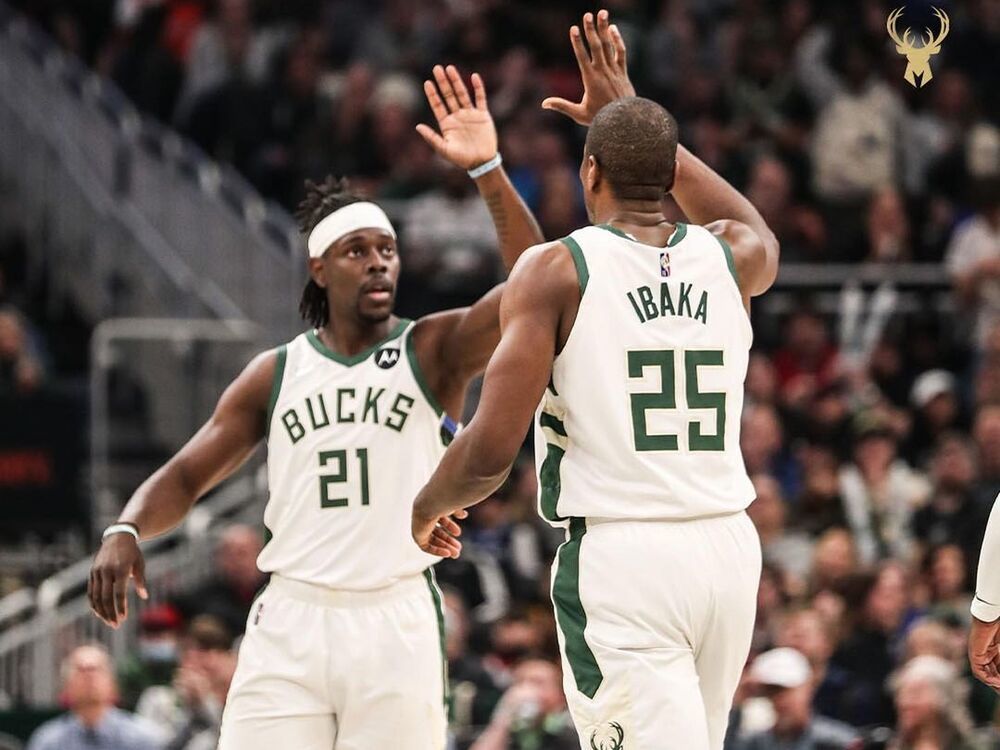 NBA betting scene can make your head explode, sure some bets look obvious but at times, it is difficult to predict which team is the favorite in the particular scenario. There are so many ups and downs throughout the season that even elite teams can lose their rhythm at any point in the season. The Eastern Conference is in a tight race right now as the battle for the top spots still remains wide open and that also makes for an intriguing betting scenario. Keeping that in mind, let us jump into the game between the Milwaukee Bucks and the Washington Wizards.

Bucks are primed for another deep run

Due to a couple of tough losses to the Heat, the Bucks can still end up as the best-ranked team in the East. They have managed 45 wins and 27 losses, winning three of their last four games. The upcoming schedule isn’t easy in terms of opponents' quality six of the next ten games will be played away from home. Still, with the Playoffs nearing, I expect the Bucks to pull up the heat and with the return of Brook Lopez and Pat Connaughton, the team depth looks better than before.

Giannis has been razing opponents after opponents, scrapping around 30 points, pulling big boards, dishing some sweet passes while also playing elite defense. Khris Middleton will remain out for the game but Jrue Holiday is another brilliant scorer, whose points are up this season. On the other hand, Pat Connaughton and Grayson Allen provide great scoring depth to the off-guard. Meanwhile, Bobby Portis and Brook Lopez can manage big-time boards and decent offensive production. Overall, the Bucks' depth looks better than before and they can be a force to reckon with soon.

Wizards have fallen behind

The Wizards are amidst another season that has gone nowhere. They won’t be able to make the Play-in tournament with the way things are going and their inability to string together a winning streak has made it so that they are on the verge to end up at the twelfth spot. Thus, the fanbase must be frustrated because like last season, the Wizards remain among fringe teams on the Eastern Conference. They have lost seven of their eight games and against teams of Bucks’ quality, they usually have little to no chance.

With Kyle Kuzma out, Kristaps Porzingis has had to pick up the slack in terms of scoring and rebounding, and apart from him, the Wizards lack someone who can put up 20 points or so. Raul Neto and Kentavious Caldwell-Pope are not the type of backcourt players that can pick up the heat on the offensive end consistently. Rookie Corey Kispert has been having some decent 10-15 points scoring nights but again, he is not a premier shot-creator. Rui Hachimura has been doing a decent job but his development has taken a little bit of a hit after missing a major part of the season. Deni Advija has given quality defense and rebounding, but overall, the Wizards lack the parts to compete against many teams in the league.

Assuming these players are available, below are my player-based statistics predictions:

Points Range: The Bucks have been doing a great job on the offensive end especially when Giannis Antetokounmpo is going at it on the scoring end. With Jrue and Giannis, the Bucks can establish a more than a potent inside-outside game, something that the Wizards lack especially since Beal has been out. Apart from Giannis and Holiday, Connaughton and Allen can hit open jumpers, while Portis and Lopez can bring in some physicality in the mix. For the Wizards, Kispert, Caldwell-Pope, and Hachimura will have to help out Kristaps Porzingis who has been rather effective offensively. Defensively, the Wizards have been weaker than the Bucks these days and when Giannis is in the picture, the team can limit the opponents' chances. Considering Bucks go past 120, I believe the total points range here is 230-240.

Prediction: The Wizards look heavily outmatched because the Bucks have a huge weapon in Giannis Antetokounmpo who can create a lot of ruptures and open up multiple lanes for his teammates. While Porzingis has done a great job recently, the Wizards have still struggled going past 100. Kispert, Kentavious, and Hachimura will find it tough versus the defense of the Bucks here and I believe the Bucks will win this 124:109.