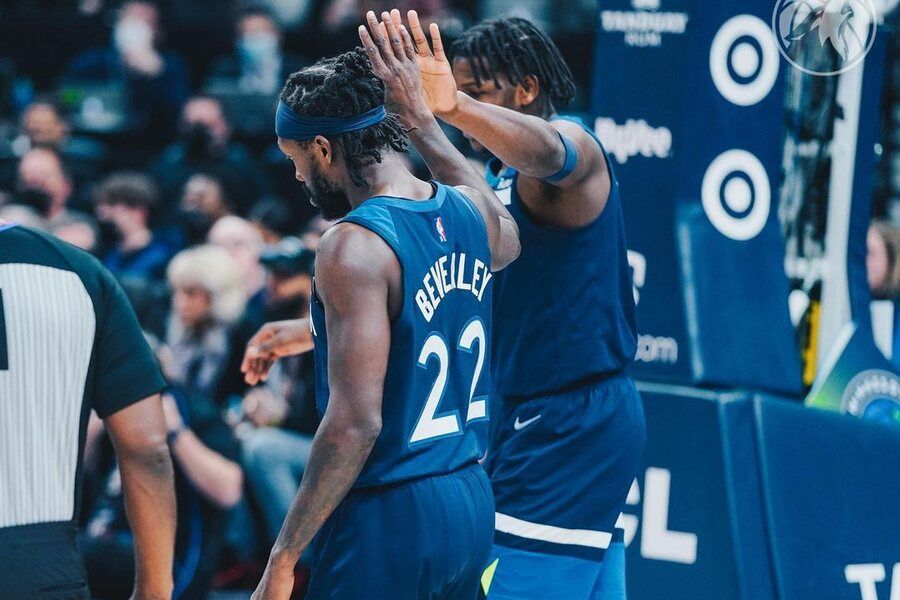 NBA betting is a tricky terrain and after dealing with it all season long, I still believe that it has only become trickier because there is a lot of confusion regarding different dynamics. Now, we don’t only bet about the outright winner and sometimes it is indeed clear what squad is the favorite. At times, it is just outright brilliant by the bookmaker that nails every aspect from the total points, handicap, and various other facets. However, there are times when the odds can fall flat and that is what makes the NBA fun because you never know when the script is flipped. Keeping that in mind, let us jump into the Western Conference battle between the Minnesota Timberwolves and the Dallas Mavericks.

Timberwolves have an effective offense

The Timberwolves have done a great job as an elite offensive team and their system is well-knit. They have built a solid shooting, driving, and play with a solid tempo. Karl Anthony-Towns has once again shown versatility on the offensive end and makes a lot of happening with his ability to take the opposition bigs off the dribble and also shoot from various spots. On the other hand, Anthony Edwards is a superb slashing wing and has become one of the best finishers, while his offensive game keeps on expanding. On the other hand, Guard D’Angelo Russell has done well as a lefty shooter, and even when he can be a tad inefficient, he brings a lot of quality assists to the floor.

Thanks to Jarred Vanderbilt and Patrick Beverley, there is a bit of hustle and these two have made a huge difference for the Wolves. Meanwhile, the bench has been highly effective and the team keeps on finding different sparkplugs. Malik Beasley, the guard has been among the top five three-point shot makers while Jaylen Nowell has done a great job as the scoring guard. Taurean Prince is a tremendous backup to Edwards and gets the job done more often than not. Naz Reid, Jordan McLaughlin, and the currently injured Jaden McDaniels round off an impressive bench. In terms of the Playoffs positioning, the Timberwolves have a huge shot of clinching the sixth place berth and are in a close race with the Nuggets, can they do with their high-yielding lineup on both ends?

Mavericks can be a force in the Playoffs

Mavericks have been the best defensive squad in the West for a long time now and they have built a squad that can pull through late in the game and makes sure the oppositions are not getting quality looks. This is in large parts to the length, athleticism, and defensive principles of the frontline that consists of wing Reggie Bullock, big Forward defensive specialist Dorian Finney-Smith, starting Center Dwight Powell, and the specialist rebounder and tenacious player in Maxi Kleber off the bench. What has made Dallas special as the defensive unit is that late in the game, they barely give open looks.

On the offensive end, the Mavericks have showcased tremendous growth even after Porzingis got traded. The three-guard rotation of Doncic, Dinwiddie, and Brunson are highly effective. Doncic has been an all-around closer who keeps on making a claim for the MVP award with his memorable performances. Dinwiddie has resurrected his career with quality scoring and thanks to him, the team has been able to overcome the loss of Tim Hardaway. Brunson as a creative lefty scorer can also carve out a highly effective offense. However, the biggest plus has been that the defensive specialists Finney-Smith, Bullock, and Powell have all been scoring 12+ points regularly. The Mavericks are becoming a highly balanced team and can be a huge force in the Postseason.

Points Range: The last time these two met was just a few days ago and the game brought in 218 points. Usually, the Timberwolves-based games go past 230 points and they are one of the highest-scoring teams in the league. The Mavericks games usually are in the 210-220 range which implies that they prefer lower scoring games than the Timberwolves, as the latter loves engaging in the shootouts. At home, the Wolves constantly go past 120 points mark while Mavericks can struggle on both ends of the floor while playing on the road. So, this will be tall ask for the team here. I believe the total points range here will be 220-230.

Prediction: The Timberwolves are a formidable squad at home and you have to be highly focused against them because they can stack up 30+ points per quarter regularly. I see the Mavs coming up strong in this game and not allowing more than one quarter with 30 points. I believe they will also fend off a late rally once again from the Mavericks. I also see Luka clicking on all cylinders and the Mavericks winning this 113:109.