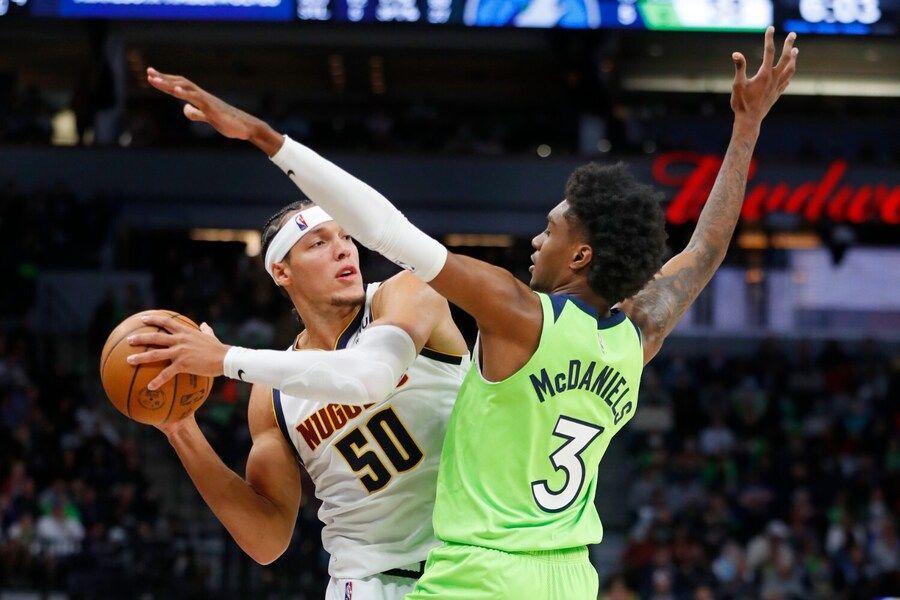 Hello, NBA fans! How was the month of January! Well, not that January is past us, the trade deadline is near and many managements will be busy crafting trade scenarios and coming up with proposals as I type this. This is the NBA, a business at the end of the day, there are regulations like luxury taxes, hefty contracts, and many times, trades are more than about finding the right combinations. Anyway, since NBA is a business, so is the writing, betting, and other fantasy scenarios in relation to it. So considering all these aspects in mind let us turn to the real action on the hardwood as the Minnesota Timberwolves host the Denver Nuggets.

The Minnesota Timberwolves have won half of their 50 games(25-25) and well, that has been the case for this team throughout the season. The Timberwolves have won their last four games at home but yes, a lengthy game-winning streak is still due. In January, Minnesota won nine games and lost seven games, which is an above-average return for this exciting outfit. On the other hand, the Denver Nuggets have found their groove recently, right on a five-game winning streak and with an impressive record of 28 wins and 21 losses. The team finished January with 11 wins and five losses, marking a great month for the Jokic-led squad. The Nuggets' performance has been special considering that they have done most of their damage without two of their stars in Michal Porter Jr. and Jamal Murray as Nikola Jokic has found help from other players. Nikola is questionable for the game and it is clear, that the team is not the same without Jokic in the fray. Can the Timberwolve snap Denver’s five-game winning streak? To know my game total and result prediction, hop to “Expert Betting Tips”.

Timberwolves have formed a strong offensive team this season and they have a great job of being a threat from various areas of the floor. Karl Anthony-Towns has been a consistent scorer in the middle and can score in multiple ways, Anthony Edwards at the wing has been a persistent scoring threat while Jaden McDaniels also comes up with big outings every now and then. Malik Beasley and Jaylen Nowell have given some serviceable minutes while D’Angelo Russell(Game-Time Decision) has knocked many threes and Patrick Beverley(Game-Time Decision) gives all-around production. Vanderbilt is a crucial rebounder and hustle player and if the Timberwolves improve defensively, they can see a further uptick.

Nuggets have found their groove

Denver has done a wonderful job of winning against teams that have a worse record than them and this ability to win the games that are within the grasp is essential for a team like Nuggets that have played short-handed. With Jokic(Game-Time Decision), the team can launch a superb offensive attack while Aaron Gordon has been a wonderful scorer at big Forward, guard Will Barton has played better on the offensive end recently while Monte Morris, Bryn Forbes, Bones Hyland, and Austin Rivers can knock down the long-range jumpers. Jeff Green has also given some strong minutes with his incredible dunks and inside finishes but yes, it is Nikola Jokic who drives this team as the points, rebounds, assists, blocks, and steals leader.

Points Range: As stated above, the Timberwolves have been a high-yielding team and they have versatile offensive players who can knock down long-range shots, click on mid-range jumpers, and also finish at the rim, which gives them stability and multiple options on the scoring end. This is why the team has scored 115 or more in four of the last five games. On the other hand, the Denver Nuggets have scored 110 or more in seven games straight and there are times when the team has scored past 116. Defensively, the Nuggets have held squads to 105 or around that mark on a regular basis. On the other hand, the Timberwolves have allowed 110 or more consistently. A lot will depend upon whether Jokic plays for the Nuggets and well, he is the central part of the offensive system. I think the Timberwolves will score at least 112 here while the Nuggets will score around 105. The total points range here seems to be 220-230.

Prediction: As stated above, Jokic’s availability decides the Nuggets' effort, and well without him, Karl Anthony-Towns can extract a lot of advantage in the middle. The Nuggets can still deploy Will Barton, Aaron Gordon, Monte Morris, Austin Rivers, Bones Hyland, Jeff Green, Austin Rivers, and Bryn Forbes, a lineup full of shooters, divers, and finishers, but yes, without Jokic, there can be some confusion on gets the possession during major sets. However, I believe that Edwards and Anthony-Towns will dominate the scoring. I believe the Timberwolves will win this 117:107 if Jokic doesn’t play and 116:110 if he plays.