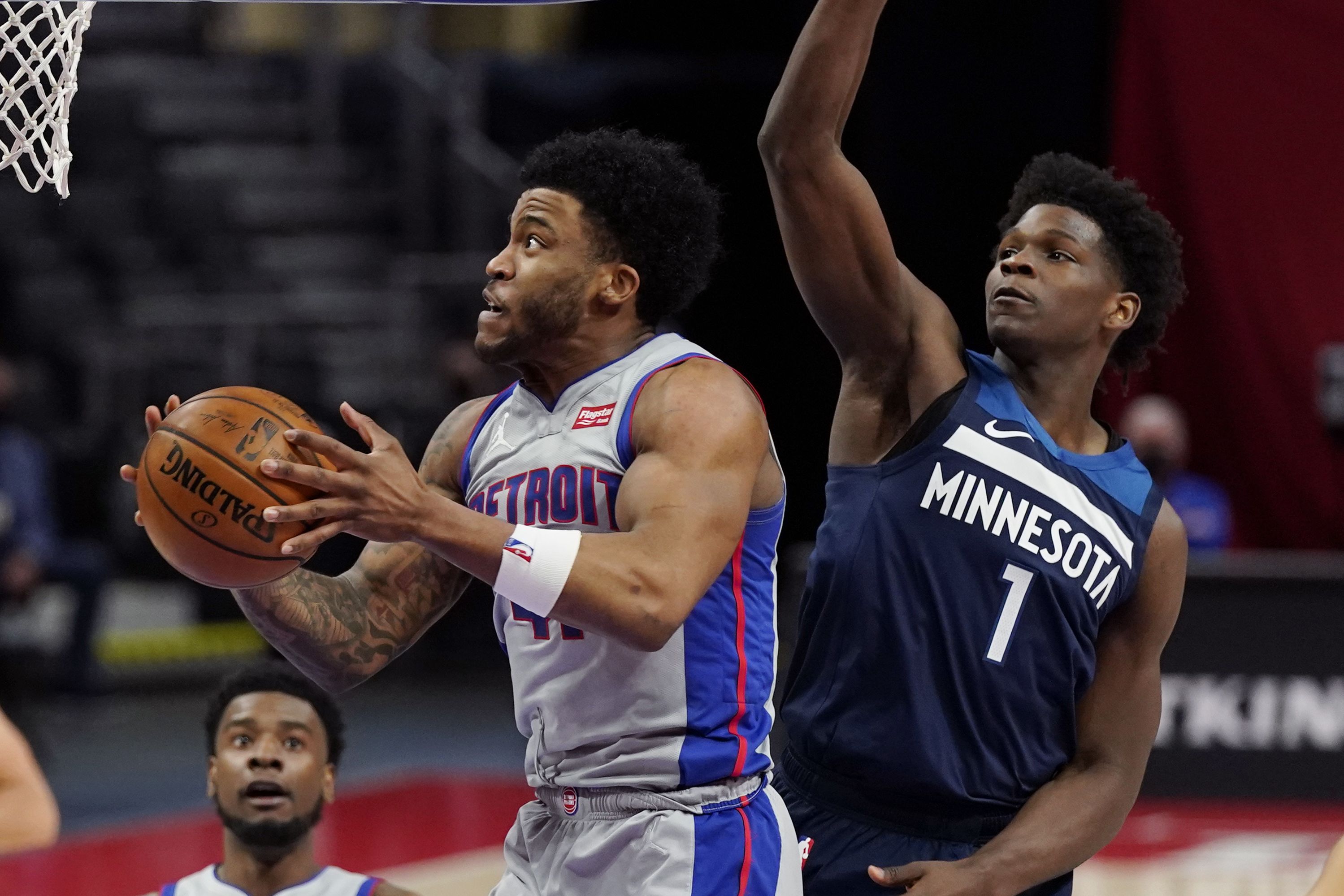 Well, it is the trade deadline knocking on the door, coming for a brief spell, and then will disappear. But it will leave a huge trail behind, the type of trail that can change the fortunes of Franchises. But this is how it is in the NBA business model which is demanding due to the variety of dynamics involved in making a Franchise. So the trade deadline provides an opportunity for both players and teams to seek a change in the picture, for building in the short or the long run. Keeping that in mind, we must also understand that trade necessarily doesn’t mean that the change will always be a positive one, many trades misfire, and fans are left to scratch their heads. Anyway, let us now jump into the game between the Minnesota Timberwolves and the Detroit Pistons.

The Timberwolves are having a strong season after having a slim return last season. They have won 27 games and have compiled 25 losses. They are on a three-game winning streak and their offense has been clicking at a superb rate. If we take into account the post-mid-January period then they have won seven out of the ten games, including two losses against the two teams with the best records. The Timberwolves have laid a solid foundation and this season can propel something special in the long run.

On the other hand, the Detroit Pistons are having another tough season, and well, for a rebuilding team, such growing pains are understandable. They have lost 40 games and have won 12 games. They have lost three in a row and have seven losses in eight games, something we have been familiar with all season long. The team is clearly heading into the lottery and can end up landing a top-three pick in the next draft. The team’s two-way wing Jerami Grant is in trade rumors and let us see if he stays with the team past the trade deadline. Surely, the Timberwolves will fancy themselves against Pistons on the home floor. Can they notch two in two versus the Pistons? For my game total and result prediction, go to “Expert Betting Tips”.

Timberwolves have turned around their fortunes considerably compared to last season and they have adjusted to the change of ball well. See, this season the NBA changed the ball from Spalding to Wilson, and many players have had trouble adjusting to the ball, not the Timberwolves though! Their scoring average has improved compared to last season and they have been in prime touch since the mid-January period. The team has also found a huge spark off the bench and multiple players have elevated their games since the mid-season window.

The prime movers on the offensive end have been Anthony Edwards and Karl Anthony-Towns, both of whom have scored 25 or more on a regular clip these days. However, this was the theme earlier too. Malik Beasley, Jaylen Nowell, Jaden McDaniels, Taurean Prince, and Jarred Vanderbilt, have also raised their scoring considerably and that is the team’s offensive production has increased from the Point Guard to the Center position. This is a great sign for the team and if this continues then the Timberwolves are in for a strong finish to the season.

Pistons are in the midst of another tough season and well, this is what most of the critics, fans, and writers predicted. The Pistons are fairly young and don’t have the depth to pull through during most nights. Their rebuilding phase has been turbulent and well, I think they are still finding the player around whom they can build this team. The team will be in the draft lottery again and will look to land a high pick in the upcoming draft but still, they need to find someone from the current pool to build a substantial unit. Having multiple below 25% win seasons can scar the potential of the existing players after all.

Now, coming to the trade scenario, many teams have shown interest in the team’s two-way wing Jerami Grant, someone who has led the team in points per game for two seasons. The 27-year old has hit his prime and he can help out various teams on both ends of the floor. He is certainly one of the most enticing players but I think Pistons will pursue a draft pick or a player that can be inserted into the picture for long-term. With Cade Cunningham, the team has found an all-around talent while Saddiq Bey can be a terrific three-point shooter in the long run but the Pistons need more to build around.

Points Range: The Timberwolves have scored 124 or more in four games straight and they have enjoyed a fabulous period on the offensive end. With Towns, Edwards, and Russell also coming back, the Timberwolves have all the bases covered on the offensive end. The Pistons have been in the 101-105 range mostly but yes, they can get to 115 every now and then.

Prediction: The Timberwolves beat the Pistons by eleven points and well, that is not such a surprising result considering how both teams have had contrasting seasons. I believe the Timberwolves will continue their current winning streak and notch one at home here as well. I see the Timberwolves taking this game 122:110.