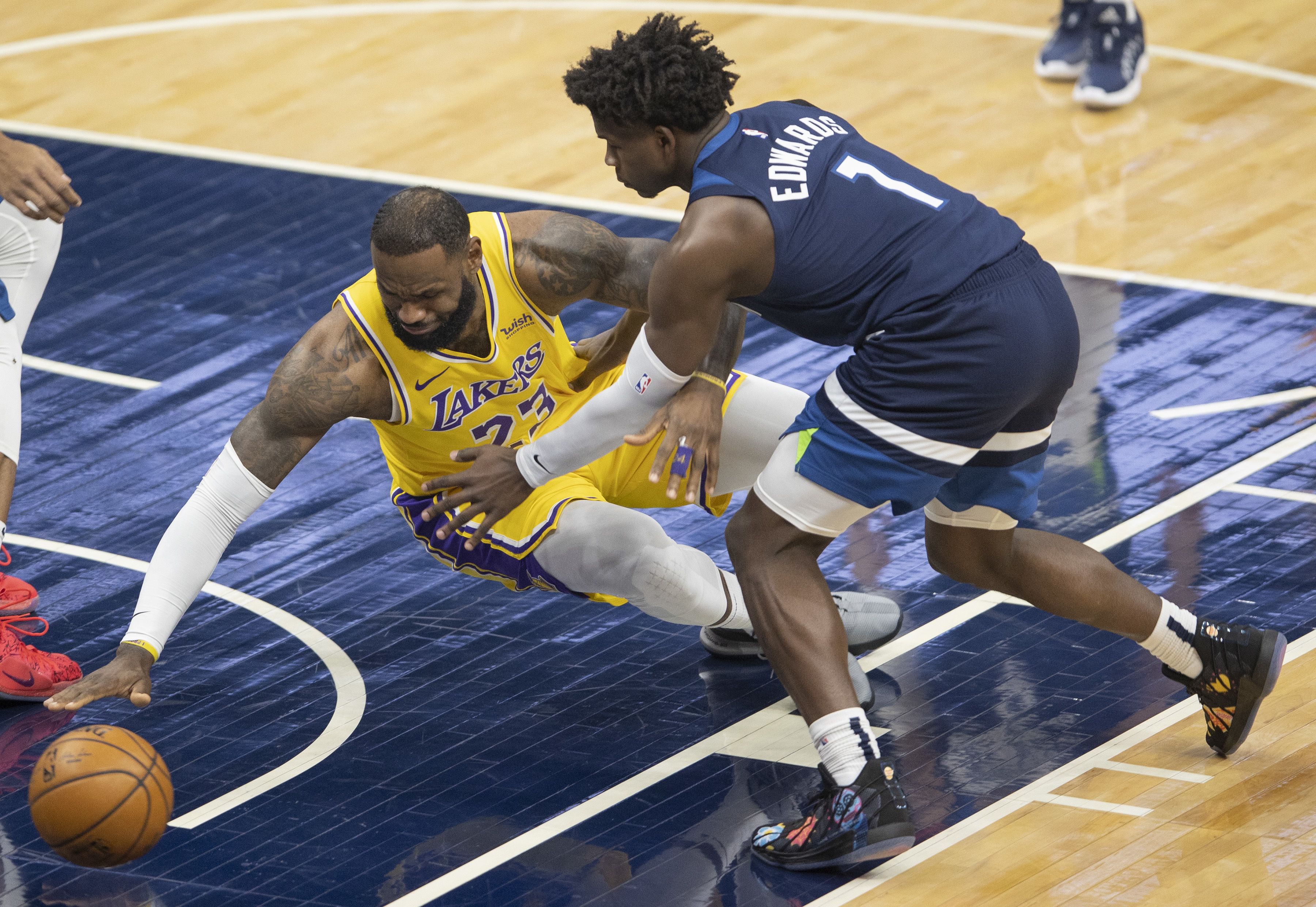 COVID-19 has rendered the basketball world hapless and there is an understandable anxiety about games being suspended at this point. With the virus raging, the betting world has to adjust its mathematics accordingly and a league that is already so topsy-turvy has become even trickier. The Los Angeles Lakers team that will visit the Minnesota Timberwolves has also been plagued by COVID-19 with as many as four of its main rotation players in the health & Safety protocols. Can the short-handed Lakers pull one off here? To get a simple overview, head over to “Notes”. For a discussion on “Total”, visit the “Expert Betting Tips” section.

Recent forms: The Timberwolves have won two in a row after they suffered a five-game losing streak. Interestingly both wins came away from home and the team has lost the last three battles at their home floor. With 13 wins and 15 losses, the Minnesota Timberwolves have some lifting to do after beginning on a decent note. The Lakers have won three in a row, two of them on the road and the team has won six of its last eight games, which has been the second instance so far in the season. Still, the Lakers should have won a lot more because their schedule was one of the easiest for a long period.

Offensive comparisons: Lakers will be without Westbrook in this game, which means 20 points and 8-12 assists blown away from the picture. Still, with LeBron in the middle, who is playing like he has no care for age or his wear or tear, playmaking will not be in short supply for sure. Still, the guard position is too thinned with Horton-Tucker and Westbrook out of the picture and Rajon Rondo can get some minutes. By the way, rookie Austin Reeves who hit the game winner in the win against the Mavericks can be seen a lot if he is healthy. Looks like the 110-120 points range can trim down to 106-115 points without so many players.

Timberwolves have scored 116, 124 points in the last two games but usually hover in the 104-110 points range. The team has been luckily healthy in such an environment and has exploited that to garner offensive production against short-handed squads. Still, there are some vulnerabilities in the offense but with Anthony Edwards and Towns, you get two 20+ points scorers while D’Angelo Russell can bag 16-19 points regularly. Can Minnesota get more from the bench?

Defensive frailties: While Lakers have played much better defense recently, restricting teams to around 105 or so, for most of the season, the squad squandered around 110-120 points continuously. Defense is one area where improvements are required but the Lakers can get it together with an anchor like LeBron James. On the other hand, Minnesota, after being an elite defensive team, has slipped since the third week of November and squads have piled up 115+ points against them regularly. Minnesota is vulnerable on defense and we need a bigger sample from the Lakers to show if they have really improved defensively because recently, they have faced teams that usually struggle on the offensive end.

Points Range: Of course with Russell Westbrook, Talen Horton-Tucker, and Avery Bradley out, the Lakers can take a severe hit. But remember if Davis, Anthony, LeBron, Monk, Ellington and Reeves keep playing at the recent rate, a total close to 110 is pretty much accessible. On the other hand, the Timberwolves have fared well offensively, grabbing around 110 points as well. This can be a high-scorer and a points range of 216-230 looks possible here.

Prediction: This is a tough one to predict considering how short-handed the Lakers are going to be here. Still, when you think about it, this is an evenly matched-up game. The only edge offensively for the Timberwolves is on the Guard spot which is spearheaded by D’Angelo Russell. Still, what if it is one of those games where LeBron and Davis go off. I opt for the Lakers to win fourth in a row with a 116:110 scoreline. If Davis plays then the chances of getting there certainly are high.