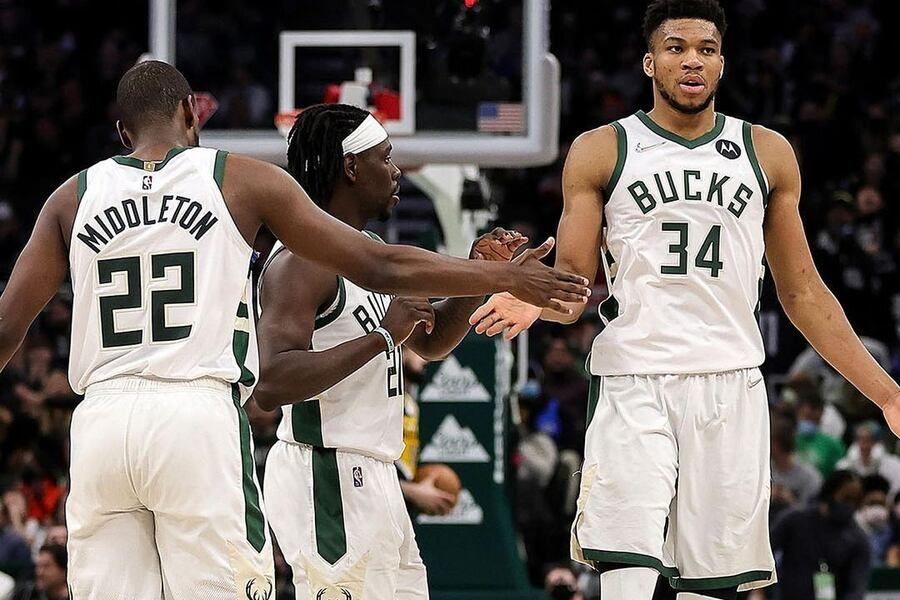 Hello, NBA fans, how has the NBA betting scenario been for you? Lately, my predictions have fallen into tricky territory. Hey, who knew that the Hawks without Trae Young will beat the Grizzlies by 15 when they had their full squad intact! And then the Lakers won a rare fixture away from home against a red-hot Raptors! This is the NBA for you, anything can happen at any time. And well, continuing the theme, let us jump into the game between Minnesota Timberwolves and the Milwaukee Bucks.

Timberwolves have been on fire

The Timberwolves have been threatening the fourth to sixth-ranked teams with their play recently. They are in the seventh position right now and to be honest, they look in good shape to take over the sixth spot and even threaten the other two spots. How has this happened? Well, the squad has won nine out of the last ten games, and they have won 12 out of the last fifteen games. Remember, making the top six rankings mean that they will earn the bye till the first round without having to participate in the Play-in tournament. However, after a relaxed schedule, the team has a tough window ahead, playing six of the next 11 games at home.

The Timberwolves have done well as an offensive unit and they have shown a huge promise for now and both the future. Towns has racked up 30 points or more continuously, currently in the best stretch of the season. On the other hand, D’Angelo Russell brings both quality playmaking and shooting to the floor while Anthony Edwards is one of the best finishers at the rack in the league. Beverley has provided all-around chops and has been a factor. The bench that consists of McDaniels, Nowell, Beasley, Reid, and Prince have all responded during different fixtures.

Bucks are still one of the title favorites

Bucks have been doing a brilliant job of racking up wins these days and as long as they have their core of Middleton, Holiday, and Giannis intact. They have won eight out of the last nine games and the best part is that they have won four of the last five games away from home. They beat the Kings and Jazz in the last two contests and they continue to fend off all sorts of squads away. They have to play seven of the next eleven games away from home and most of the games will be against a 50%+ win mark. They are in a close race with the 76ers and Celtics to seal second place.

Giannis has been mounting up 30 or more on a regular basis while also supplying more than decent rebounding and playmaking. Khris Middleton has been a formidable wing player who will be huge in the Playoffs. On the other hand, Jrue Holiday has been a strong ball handler and the guard is a perennial two-way threat. Bobby Portis has been huge in terms of scoring and rebounding and he has done well to cover up the absence of Brook Lopez. Allen has done well in terms of stretching the floor but the bench has been weak with Pat Connaughton and Brook Lopez being out these days although Pat may make a comeback here.

Considering these players are available, these are my player-based predictions:

Points Range: The Timberwolves and the Bucks both have been on fire offensively, continuously hoarding 120 points or more. The Bucks have scored 120+ points on a regular basis meanwhile in terms of defense, they do give up 111 or more but that is because they have engaged in shootouts and their defense does come through in key moments. At home, the Timberwolves are also lodging 120 or more on a regular basis and they have also been strong defensively compared to earlier. However, in the overall scheme, I see the Bucks and Timberwolves both coming up strong. I see the total points range as 240-250.

Prediction: The Bucks can decimate the opposition’s Frontline with Giannis, Middleton, and Portis but Anthony-Towns and Edwards are no less threatening. Another intriguing match-up is at one-guard position with Holiday going up against Timberwolves’ Russell but to be honest, although Jrue may be a more well-rounded player on both ends, Russell is no less threatening. In terms of the bench, the Timberwolves have a slight edge but I still see the Bucks coming up strong and stealing one from the Wolves, winning with a scoreline of 126:118 here.