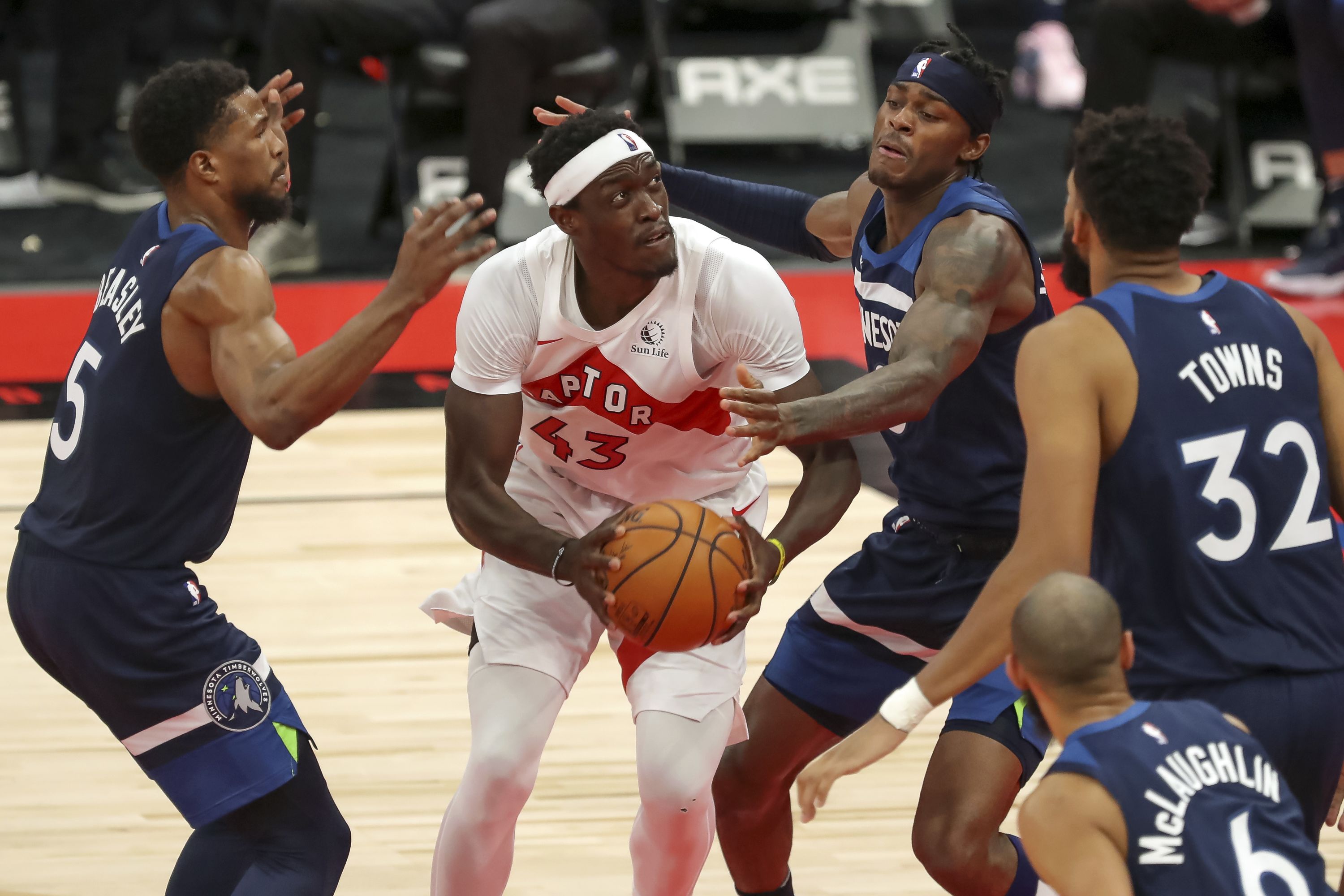 The NBA season has been heading towards the All-Star Break but I don’t talk about that much, because for me the upcoming window that will shift towards the postseason looks more important. Anyway, to each their own, the NBA has been churning out a bunch of games daily and the athletes keep hustling up and down the floor, so if anything, the All-Star Break can provide some relaxation and rest to a bunch of players. So, yes in that way, the All-Star Break is certainly welcoming for me more than the festivities during the weekend. Anyway, let us jump into the game between the Minnesota Timberwolves and the Toronto Raptors.

The Timberwolves have made clear headways this season and their offense has been clicking at a high-clip. They have won 31 games and have lodged 27 losses, and have won seven in a row at home, playing a great brand of basketball. They have been taking care of the business late in the game and defeated the Charlotte Hornets 126:120 in an OT game. As the postseason is coming near, they will face a tough window in the upcoming time as they will some elite squads and also some rising teams like the Raptors here.

Talking about the Raptors, they have improved considerably compared to last season. They have lost the last two games and in the last game, they suffered a blowout 90:120 loss. Well, that hasn’t been the case for the team especially since February has begun. Overall, they have lodged 31 wins and 25 losses, and despite the two-game losing streak, the defensive-minded squad has been notching a ton of wins. As the season heads towards the Playoffs, they will need to make a dash towards acquiring a top-six spot which has become tougher with the rise of Celtics. Can they begin another winning run against the Timberwolves here? Won’t be easy against a team that plays at a high keel at home! To know my game total and result prediction, jump to “Expert Betting Tips”. For my player-based statistics prediction, go to “Player Performance Prediction”.

Timberwolves are locked in, the Raptors can bounce back

The Timberwolves have been able to increase their winning percentage from 32% last season to 53% so far this season, indicating clear improvements. The big change has been that the unit has achieved more cohesion and adjusted well to the ball change from Spalding to Wilson. They have been piling up points both from inside and outside. There is a reason why this has worked and these are my pointers related to the Wolves:

Raptors have been stunning

Another improved team this season has been the Raptors, they won below 38% games last season but they have won around 55% of their games this season so far. This dramatic improvement has come due to the main-five of the team gelling in a better fashion and Pascal Siakam playing like a player on a mission. Anyway, these are my pointers related to the Raptors:

Prediction: Karl Anthony-Towns scored 39 in the last game as Anthony Edwards left the game. I believe he will be tested here by the high-quality defense of the Raptors that has both size and athleticism. I believe the Raptors will come guns blazing against a team taht just played in an Overtime affair last night but yes, if Fred Van Vleet misses the game, it surely hurts the team balance. Still, I’ll take the Raptors to win here 113:108.