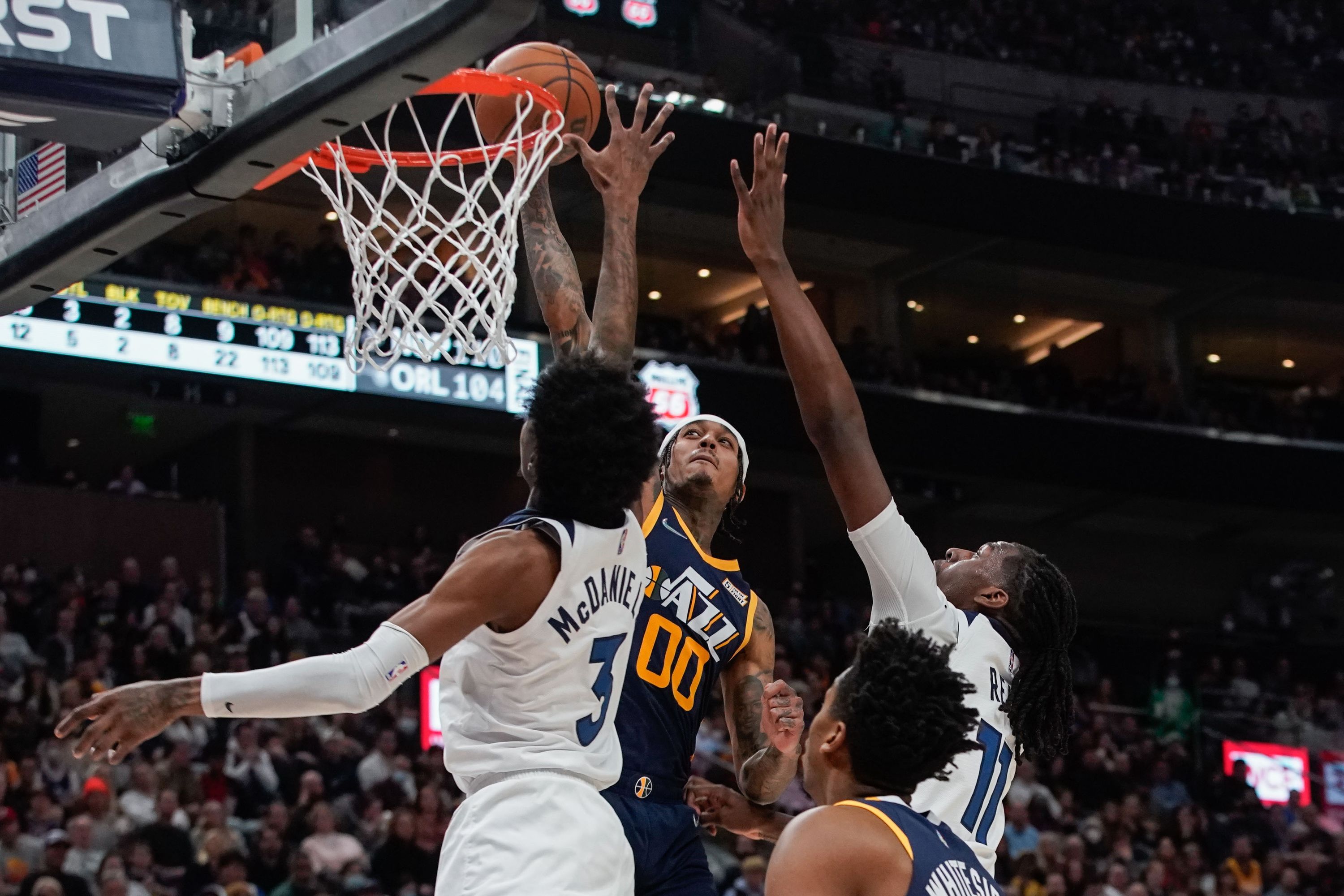 NBA betting is a brilliant affair as you can see if you are constantly engaged with the affair. Some of the predictors among us are really top-notch. Anyway, for me, the real thrill regarding predictions come from the fact that the league is unpredictable and we can have an how some bets can be based upon who is the favorite, who can put up how many points, and various other dynamics by looking into the trends, but this is the NBA, trends get broken every night. Anyway, let us jump into this game between the Minnesota Timberwolves and Utah Jazz in a Western Conference affair.

Timberwolves have lodged 25 losses and 24 wins, coming into this game after losing to the Suns and Warriors, two teams with the best records in the league. The team has won eight games and lodged seven losses this month, which has been the case for most of the season. On the other hand, the Jazz has 30 wins and 20 losses but that is a big turn from the time when the Jazz had 26 wins and nine losses till December. This has been the worst month for Utah that has lost 11 games and has four wins, indicating that their overall record has been hit big-time in January. The team is on a four-game losing streak after having the most difficult four-game stretch in the league, and well, with Mitchell and Gobert out, the team has slid further. Can the Jazz get back Mitchell for this game at least? To know my total and result prediction, jump to “Expert Betting Tips”.

Timberwolves look for a surge, Jazz has had a painful month

Timberwolves stay in the Playoffs hunt

Timberwolves have done well against teams with a record below 50% and have beaten numerous struggling squads throughout the season. However, Minnesota has had a hard time against teams that have winning records and Timberwolves have been unable to fend off teams that have elite status especially when these teams have a healthy squad. But still, isn’t it great for Minnesota fans that a team that won only 31% games last season, has at least been a 50% win team, a huge uptick already. The main reason for the Timberwolves' success has been the growth of Edwards and a well-rounded off unit. However, the so-so defense of the team has held back them a bit.

Minnesota has been fielding three big-time scorers in D’Angelo Russell, Anthony Edwards, and Karl Anthony-Towns. Russell has shot well from long-range, putting up a stream of points while also being the primary playmaker. On the other hand, Edwards has improved his shooting and the sophomore plays like a highly experience wing scorer, while Karl has developed his shooting and knows how to score in multiple ways. Apart from these three, Patrick Beverly brings all-around chops, while Vanderbilt hustles hard for boards and is perhaps the most dynamic Minnesota player. Off the bench, guards Jaylen Nowell and Malik Beasley have been dependable scorers, keeping the offense rolling, but yes, the Timberwolves need to find more depth at the rest of the positions.

Utah has had a terrible month, one they will like to forget soon. The team has lost four in a row twice this season and this has been their worst month by far if we take into account last season when this promising squad finished with the best record during the regular season. Jazz’s season derailed when Rudy Gobert got injured and their defense took a huge lift and even their inside scoring too. Now, both Donovan Mitchell and Rudy Gobert have been missing from the scene, and with your major offensive and defensive options out, of course, you will be out of the groove.

Mitchell is questionable for the game and the Jazz fans will pray that he plays here because their team has kept on struggling this season. The current four-game losing streak is understandable since the team literally played three teams who have the best record in the league and the Jazz was without Gobert and Mitchell for three of those losses. Now, what does Jazz need? Both Mitchell and Gobert to return to the scene, and the defense picking up sooner than later. If Mitchell misses this game then what can the lineup of Conley, Bogdanovic, Ingles, O’Neale, Whiteside, Clarkson, Gay, House Jr., and Paschall accomplish without their premier defensive and premier offensive player.

Points Range: Minnesota has surely been a high-scoring team throughout the season, playing at a high clip in terms of perimeter shooting and inside scoring too. They have compiled 115 or more in three of the last four games, and have had many games with 120+ total this season. However, with both Russell and Beverley questionable for the game, the scoring end can take some hit, but even if Russell doesn’t play, a 112-125 points range looks attainable versus the Jazz. On the other hand, the Jazz has scored 109 or more in three of the last five games but has been susceptible to below 100 points games. However, as stated before, both defenses are not that elite and there will be chances to score from both sides. I think the total points range here is 230-240.

Prediction: The Timberwolves have been playing at a wonderful clip on the offensive end but unlike Grizzlies, they have not figured out the defensive end. I think the Jazz will come out strong here whether Mitchell plays or not, one among Bogdanovic and Clarkson is due a big night here and I think they will have a strong performance here. I see the Jazz taking this game 122:114 here which is a bold pick for sure.