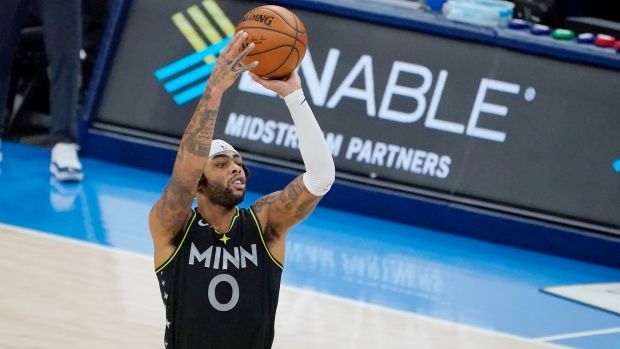 NBA has been heading towards the Playoffs and with each day, we are moving closer to the championship. In this important game for the Playoffs contender, the Minnesota Timberwolves will host the Washington Wizards. The Timberwolves remain in close shot for the sixth position while the Wizards have been ruled out of the Play-in tournament quite a while ago.

Timberwolves remain in shot for the sixth spot

Due to some underwhelming play by the Jazz, a team that has lost seven out of their last eight games, the Timberwolves find themselves in the shot for the sixth-ranked. Getting to the sixth rank means a straightaway ticket to the first round of the Playoffs, without having to play the Play-in tournament. At any rate, the Timberwolves have showcased tremendous improvements, rising their win percentage from 30ish last season to 50%+ this season. The team has been among the elite offensive squads and the versatility at the display has been a pleasant change. Three-ball is their strength and they lead all of the league in attempted long-range shots and also made shots. The duo of Anthony-Towns and Edwards has been getting it done with the diverse offensive game while the bench has sharpshooters like Malik Beasley.

Another season and another underwhelming effort from the Wizards. It was looking that way by the mid-season when the Wizards played some of the worst away from home basketball and lost a ton of games. Defense continues to be a problem and the Point Guard position has been highly compromised on both ends. One big plus has been the arrival of Kristaps Porzingis who has shown great scoring. Kuzma has been injured while Beal has not been seen for a long time. A core of Kuzma, Porzingis, and Beal doesn’t sound bad but will Beal stay in the team long? The team can please him by bringing in a two-way playmaking and perimeter shooting guard because that is one of the issues. Meanwhile, youngsters Kispert, Hachimura, and Advija showcasing a huge promise.

Points Range: The Timberwolves are way more effective on the offensive end than the Wizards and they have been getting done more often than not, there is a reason why they lead the league in points! Porzingis has done well on the offensive end and his size has posed problems for opposing Centers. Defensively, the Timberwolves can “leave the door open” but it is just their style of “You miss, I hit” type of style which promotes the high-scoring ways. The Wizards are nowhere near loaded on the offensive end and defensively, they have been exposed by well-oiled squads. That is why I see a high-scoring game, with a total points range in 240-250.

Prediction: The Center match-up between Karl and Kristaps is the highlight here but the Timberwolves have the other bases covered. They have an advantage at the wing with Anthony Edwards while D’Angelo Russell can act as both a playmaker and high-yielding scorer at the one-guard. The Timberwolves have an influx of shooters but they are equally well-adept at finishing inside. That is why I believe they will win this 127:115 against the Wizards.\