Minnesota vs Memphis: Another high-scoring game 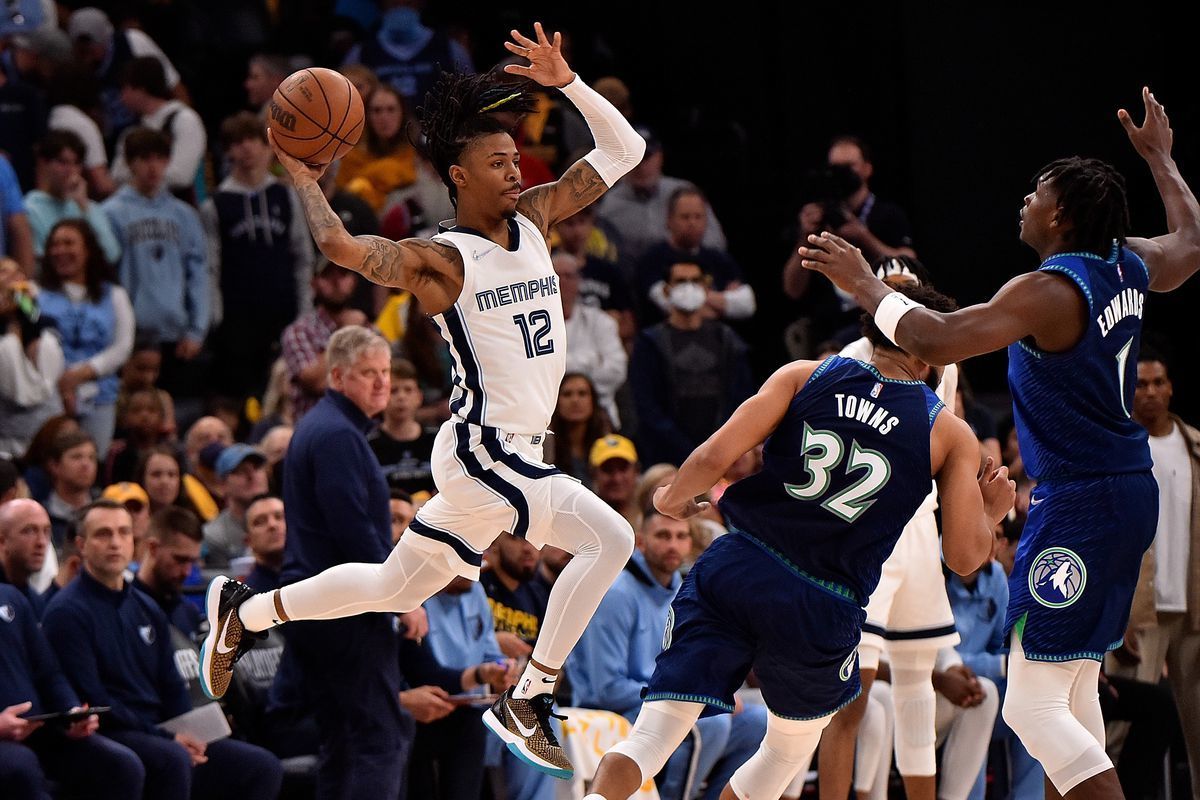 Minnesota defeated Memphis twice on home court in the regular season and now faces their first home game in the playoffs. Can the Timberwolves repeat their regular-season success in the postseason?

Making the playoffs for the first time in 4 years can already be considered a success for the Timberwolves, but the team has no intention of stopping there. Minnesota are quite prepared for the playoffs. The Timberwolves are working on defense and trying to compensate for the shortcomings of Karl-Anthony Towns and D'Angelo Russell, and they're doing a good job at times. This postseason the club has a rotation of 10 basketball players at once, although there are questions about the quality of the bench. Anthony Edwards had a good regular season and has proven to be a game-changer. Edwards scored 36 points in Game 1 of the postseason and the Timberwolves won on the road, 130-117.

The day before, however, Chris Finch's men could do nothing against Memphis, 96-124. The game got off to a sticky start, with both teams struggling to put points on the board. For a while, Minnesota did defend well, but the gaps became more frequent and their opponents took open shots. Towns and Russell had no game at all. Between them, they shot 7-of-18 from the field. Edwards was again the team's best, scoring 20 points, although his shooting percentage slipped. Overall, 4-of-10 from beyond the arc from the young forward wasn't bad, but the Timberwolves made only 11 of their 38 long-range attempts overall. That was one of the main reasons for the loss. The loss was their 5th in their last 10 games.

The Grizzlies surged unexpectedly high in the regular season, finishing in 2nd place in the West for the playoffs. Memphis struggled throughout the season without Dillon Brooks and Ja Morant, so the potential is huge. The Grizzlies have very decent depth on the roster and in the recent win against Minnesota, the coach even allowed himself to bench Steven Adams when he released Xavier Tillman. All of Memphis' strongest players are now in the lineup, and the absence of Santi Aldama and Killian Tillie should not be noticed by the club.

Taylor Jenkins' men have six wins in their last 10 games. Seven Memphis players scored 10+ points in their last game, not including Dillon Brooks, who made just 3 of 11 shots from the field. Ja Morant was only 1 rebound short of a triple-double: 23 points and 10 assists. His teammates didn't capitalize on all of Morant's shooting opportunities, especially on open three-pointers. The offensive rebounding was an important part of his success. Memphis grabbed 14 offensive rebounds, 9 of which were contributed by Jaren Jackson Jr. and Xavier Tillman.

Even in a very tight game with a 30% clutch three-point percentage, the teams combined for 220 points in the last game, so there is reason to expect even better basketball action from now on. Minnesota have struggled to keep pace with their opponents but Memphis's shot attempts still appear. Yes, both teams have made some dinky attempts on the court, as evidenced by Russell's three-pointer from just inside the head. All the same, there is still plenty of room for improvement. The Timberwolves' leaders can still step up, and Morant is capable of more. As for the winner of the game, Memphis are closer to winning the game. They are more stable on offense, and the coach has proven he's willing to go outside the box in such important games. I would like to place a wager on the following results: