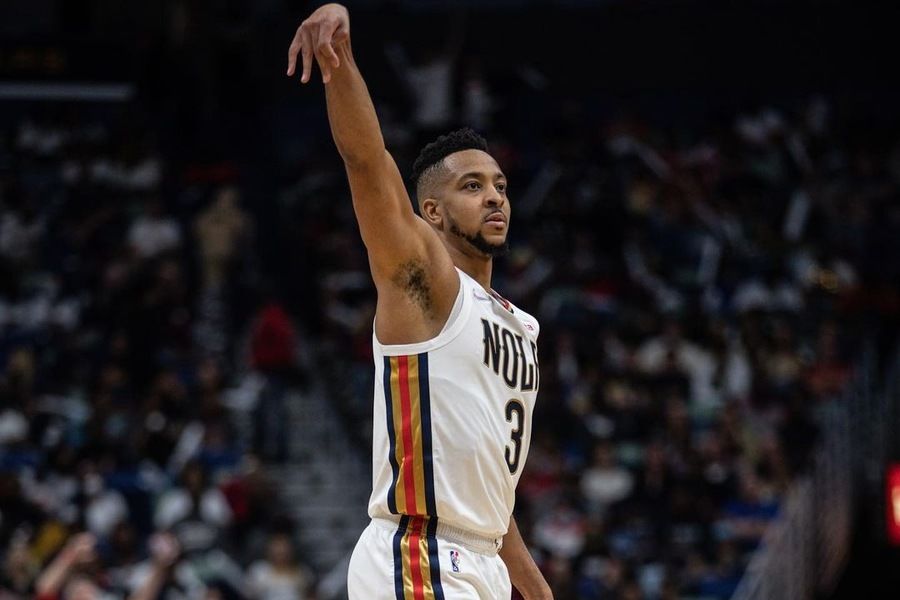 There is no doubt that the Pelicans have upped the intensity recently and have won three of their last five games, and their last loss versus the Hornets was only by three points. The trouble is that Brandon Ingram has missed the last few games, at the worst time possible but let us look at where the Pelicans are placed despite not having their key player. They are at tenth place with the Spurs trailing them, having two more wins and just two fewer losses, a loss or two here can surely put Spurs in a firm position so each game becomes like a knockout game for the team from here on. Fittingly, after this battle versus the Bulls, the team will clash against the Spurs! But one thing is for sure, the rest of the schedule doesn’t look that tricky and they have a high chance to make it to the postseason.

While CJ McCollum has addressed the three-point woes to a certain extent and Valanciunas has brought elite rebounding, scoring, and team balance, not having Brandon Ingram means the team is missing a key playmaker, scorer, and rebounder. The Pels are an improved defensive team, thanks to the presence of rookie Herbert Jones but they can do even better in that regard. The play of Devonte Graham has been a huge concern and despite Naji Marsall performing well off the bench, the team has some depth-related issues. So, can the team management address some of these issues?

Bulls are terrible at road

The lack of effort away from home is evident when you watch the Bulls team. It is fine to lose away from home, that is of course a norm(Unless you are the Suns!), but the manner of losses has been embarrassing. The unit looks completely lost on defense and it is clear, that the team is more dialed-in on that end when playing at the United Center. There is no doubt that the lapse of concentration away from home has cost the Bulls a ton of games and this is where Lonzo Ball is missed, someone who shot better away from home and can lift the team on both ends of the floor. The Bulls need a big boost here to finish the season or they will go into the Postseason with low confidence, especially if they finish in the fifth spot, implying that they will lose the homecourt advantage.

The duo of DeRozan and LaVine has gotten it done on the offensive end, there is no doubt about their offensive abilities but their defense takes a backseat at times, something that Lonzo helped cover and it isn’t like Caruso doesn’t help out as the perimeter defender, Lonzo also brought premier scoring, rebounding, and playmaking skills. Vucevic has gotten it done as the scorer and rebounder but he will need to do more on the defensive end too, especially on the road. Coby White and Ayu Dosunmu are not as lethal as earlier and that has affected the proceedings for the team. Patrick Williams addresses some of the defensive ends, but his game has been affected due to a long lay-off. So, what can Bulls do to get over their away from home rust?

Points Range: The Bulls have scored scoring-wise away from home and the Pelicans have done a wonderful job of scoring at their home floor. The Pels offense has surely improved since the inclusion of McCollum but their team balance is a bit off since Brandon’s injury and I have no doubt that the team would have been even better on both ends if he was active. While the Bulls’ duo of LaVine and DeRozan has been getting it done but the team has been unable to extract quality offense. They can face trouble against the Pelicans squad that has been more motivated on the defensive end. I believe both teams will come with a strong offensive effort with the total points range being 230-240.

Prediction: The Bulls have lost seven of their last eight games away from home and their only win came against a low-ranked but improved Pistons. On the other hand, the Pelicans have not been that stellar at home recently, losing three of their last four games here. However, I see them coming up with one of their best games and I do believe ultimately they will take a 120:113 win here.