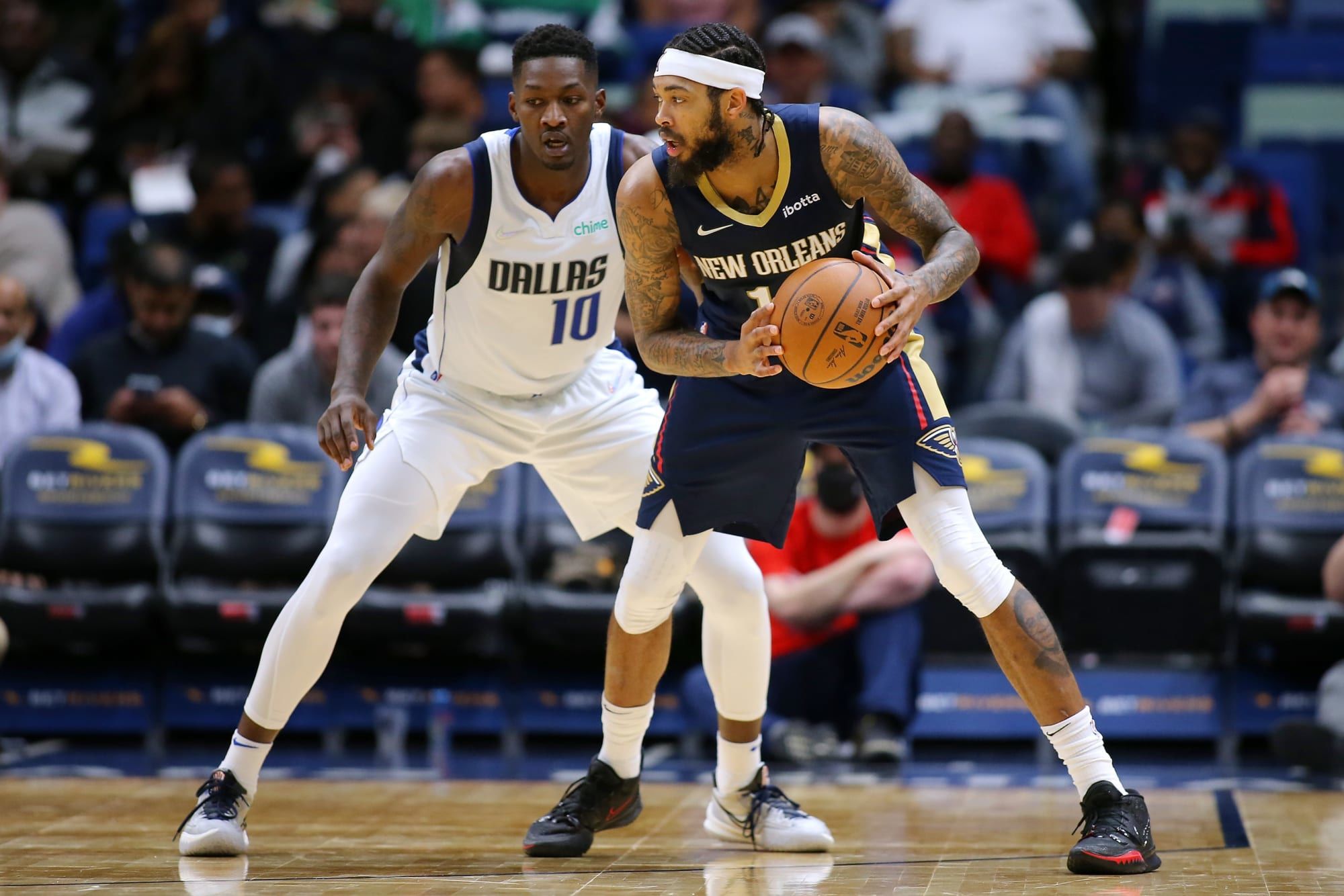 NBA All-Star Break is knocking on the door and it is clear that the various squads in the league are making a push for the wide-open Play-in tournament spots. The race to the Play-in tournament spots is also getting exciting because some of the rosters have been strengthened around the trade deadline and the new entrants in various lineups have made a ton of noise already. Talking about making noise, the Dallas Mavericks defense has also made a lot of noise this season and as they take on the New Orleans Pelicans, the Western Conference fields yet another crucial game.

The Pelicans need to make headways now as the team is ticking at a fast pace and the last spot battle is heating up. The Pelicans have lodged just 23 wins and have conceded 35 losses, which means they would have to make a hard push for the remaining Play-in spots. They have been struggling recently and have lost three of their last four games and the new-look squad with CJ McCollum needs to figure out the combinations. And here they will meet a revved-up Dallas squad who make life extremely difficult on the defensive side of the floor.

On the other hand, the Mavericks have been playing at a high clip recently, and their current record of 34 wins and 24 losses, clearly indicate their rise this season. The Mavs have put up a high premium on the defensive side of the floor and they are a terrific rebounding team as well. As they meet the Pelicans, they will be amped up after beating the Heat in the last encounter after playing incredible defense in the second of that game. The Mavs have won five of their last six games and they are becoming one of the elitist squads in the league. Can they take care of business against the Pelicans? For my game total and result prediction, hop to “Expert Betting Tips”. For my player-based statistics prediction, slide over to “Player Performance Prediction”.

McCollum’s inclusion has certainly boosted the scoring but yes, that has not proved to be a winning combination along with Ingram, Herbert, Valanciunas, and Graham. The problem has been that Graham has shot poorly from beyond the arc and that is why the Pels are among one of the worst three-point shooting squads in the league. There is a lot of potential around with shot creators like McCollum, Ingram, and great off-the-ball players in Herbert and Valanciunas, but the Pelicans will need more from the Point Guard position and a bench that has been weakened after Nickeill Alexander-Walker was traded. Can the Pels figure out their combinations as the Portland Trail Blazers keep on solidifying their tenth position?

Mavericks can shut most teams in the league. Their strength comes from defending all angles on the floor and not allowing teams to get the second-chance points via offensive rebounds. Despite missing Tim Hardaway Jr. and trading their premium big Kristaps Porzingis, the Mavericks have been getting big-time production from Doncic and Brunson, as Doncic continues to be an all-around factor. Dorian Finney-Smith, Maxi Kleber, and Dwight Powell have played brilliant defense and also help out the team on the boards, clearing out space for Doncic to pin down rebounds. Can the Mavericks continue to showcase their defensive discipline?

The biggest nuisance for the Pelicans can be Luka Doncic who can score in bunches while also being a huge assists maker and rebound grabber. The Pelicans will need to put multiple bodies on Luka but that means that Jalen Brunson can also hit his shots and he has been in tremendous form this month shooting-wise. The Center match-up can be won by Jonas Valanciunas who is a brilliant rebounder and scorer but Maxi Kleber, Dorian Finney-Smith, and Dwight Powell can get in the way. For the Mavs, the duo of McCollum and Ingram can be a handful and once both of them attain more balance scoring-wise, they will become a great duo. In terms of the bench, both teams have their issues but Mavs’ defensive principles hold them in higher seats usually. So, match-up-wise, the Mavericks have the defensive advantage and their offense knows when to come through.

Points Range: With McCollum, the three-point scoring has been improved but Devonte Graham will really need to step up his game to get more scoring balance. I think the Pelicans have so much potential but they are yet to gel. On the other hand, the Mavericks aren’t among the most high-scoring teams but they can score 107 or more on a regular basis and the Pelicans defense can showcase its issues. However, I believe both defenses will do well and scoring will be limited. I think the total points range here is 210-220.

Prediction: I believe the Pelicans will be fierce on the defensive end here compared to the last few games. I see them coming up with a strong game here. I believe Brandon Ingram will find his rhythm while Valanciunas will dominate the rebounding end. However, I also believe that during one spell, Luka Doncic will go through one of his shooting sprees. Overall, I think the Pelicans will play a strong game here and overcome Doncicn’s spree to take this game 109:105.