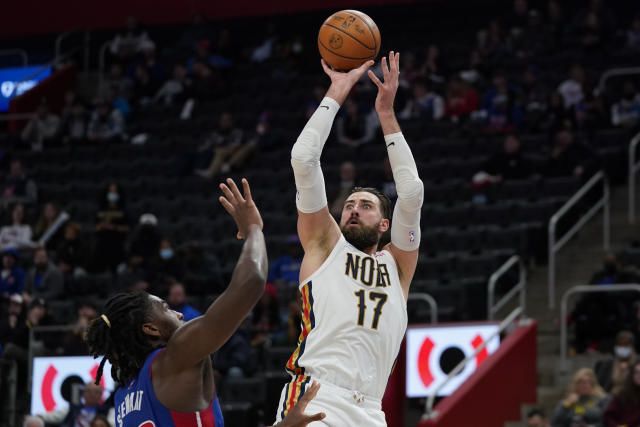 The NBA Regular Season is on and this has been a fascinating season which means there have been some riveting battles happening each day. The trend of the wins and losses keeps twisting and turning as we head deeper into the season. In this Regular Season game, the New Orleans Pelicans are going to take on the Detroit Pistons.

The Pelicans come into this game after defeating the Nuggets 121:106 as Jose Alvarado had a career-high 38 points night in one of the most unprecedented scoring efforts this season. They have now won four games in a row, thus improving to 15 wins and eight losses, being among the upper rankings. The change from last season has been the availability of Zion Williamson, who has scored in 25-33 points range. CJ McCollum has been off the field whereas Brandon Ingram is grappling with injuries. Jonas Valanciunas has been a big factor again but the real bench boost has come from Trey Murphy who has picked up his offense while Alvarado continues to improve at an encouraging rate.

The Pistons march into this game after posting an impressive 116:96 win against the Heat as Bojan Bogdanovic scooped up 31 points. The Pistons have won four of their last eight games which has been their best performance in a season where they have lost 19 and won just seven games. The most interesting part about the current streak has been that it has been done away from home for most parts and without their leading player Cade Cunningham. Bojan Bogdanovic has functioned as the most dependable scorer whereas the rest of the roster has showcased much more depth. Rookie Jaden Ivey is in a bit of a Rookie funk but has shown that he can be a dependable all-around Guard of the future. The Pistons have done an okay job lately but are staring into another torrid season.

The Pelicans are going to enter the game with a ton of confidence, they are playing at home and are having a blasting season, and have built one of the deepest teams with one of the best benches in the league. On the other, the Pistons have mostly relied upon Bogdanovic’s hot hand who has delivered more often than not. The Pelicans’ defense is strong with Williamson being a disruptor while Alvarado comes in with a lot of hustle. I believe these factors will lead to a big Pelicans win. I predict a 120:106 win in favor of the Pelicans.