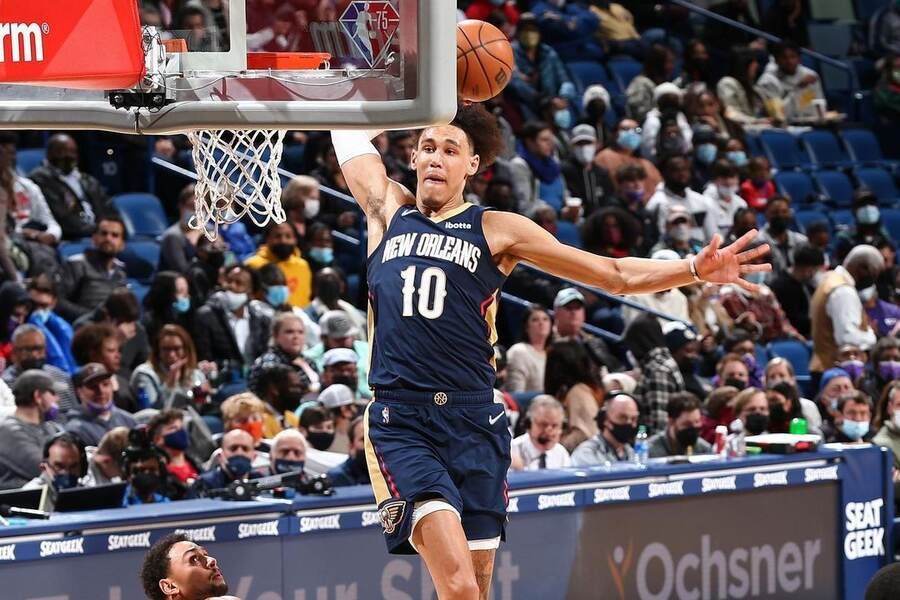 The Phoenix Suns have completely destroyed the competition in the league and they keep on piling up wins with no regard for their opponents. For other teams in the West except for perhaps Grizzlies and to an extent Warriors, there is uncertainty how first the fourth to seventh-ranked bracket and then the seventh-to-tenth ranked bracket will fill out. This uncertainty means that the remaining few games in the season will be vital for the squads that are in contention for the top-six or the Play-in tournament. Here, in this game, two teams in New Orleans Pelicans and Los Angeles Lakers that are competing for the Play-in spots will clash against one another.

Pelicans will need to finish on a high

The Pelicans lost to the Spurs in the last game and the latter is close to the Spurs in terms of ranking. The loss, especially at the home, couldn’t be more ill-timed because it certainly dents the team’s prospects. Still, the team remains at the tenth spot and a big run can give them the advantage for sure. This game against the Lakers is no less important as the Lakers are also having almost a similar record, so, yes, the battle between the Spurs, Pelicans, and the Lakers has certainly heated up especially after the Spurs win against the Pelicans in the last game.

I have a doubt that the Pelicans would have lost to the Spurs had Brandon Ingram been there and I am sure their record would have been better with him to a point that they could have even challenged the struggling Clippers for the eighth spot. However, without him, the scoring can get hurt and the team loses an effective playmaker. CJ McCollum has done his best to keep the scoring and playmaking going but the lack of support from three-point range has hurt, and this is one area where Brandon is a big help. While Valanciunas has done well with his scoring and rebounding, Devonte Graham continues to miss the mark but Alvarado has shown promise. The Pelicans simply need Ingram at this point.

Lakers have been disappointing but remain in the Play-in hunt

The Lakers were slotted as the title contenders at the beginning of the seasons after bringing in Westbrook to join Davis and LeBron. But now the notion of making a title run sounds laughable at this point. Hindsight is 20/20 though! Anyway, all that aside, the Lakers have somehow miraculously remained in the Play-in contention and that is thanks to the miracles produced by the unstoppable and determined LeBron James, who has wreaked havoc even against elite defenses. There has been no answer for LeBron, someone who has only picked up his game as the season has ticked on. However, there have been plenty of answers for the rest of the Lakers team.

While Westbrook has played much better recently, he has not been a big factor during several games. Malik Monk is not scoring as many points as he was earlier in the year but he and Carmelo Anthony have both still been a decent factor. The team has been beaten on offensive rebounds rather far too much and although Dwight Howard had 24 points and 8 rebounds in the last game, he is a shell of his old self at this point. Wenyen Gabriel has given some shooting and defense but the Lakers’ defense has continued to let them down. More so than ever, LeBron’s importance has increased because the team has been even worse without him. And this is also a time when Anthony Davis is also needed.

Points Range: Having LeBron James will of course be the key to much of the offensive effort for the Lakers and he is likely to play here, but you never know. The Pelicans defense has actually done well, thanks in large parts to the presence of rookie swingman Herbert Jones. For the Pelicans, the offense has done well but can suffer at the perimeter shooting especially since Brandon Ingram has been out. Devonte Graham will need to now get back in the shooting groove because he has been rather way too off at times. CJ McCollum has continued to pump points while Jonas Valanciunas’ game has been consistent too. Jose Alvarado’s emergence as a bench option has been huge for the team lately. I believe the total points range here will be 220-230.

Prediction: The loss to the Spurs last night must sting the Pelicans and they will face a fresher squad in the Lakers. However, this is a desperate time for the Pelicans and I do see CJ pinning a couple of big nights in a row. The Pels need Brandon Ingram desperately and he can address both the playmaking and shooting issues the team has been having at times. I believe, despite a back-to-back night, the Pelicans will somehow eke out a 114:108 win here.