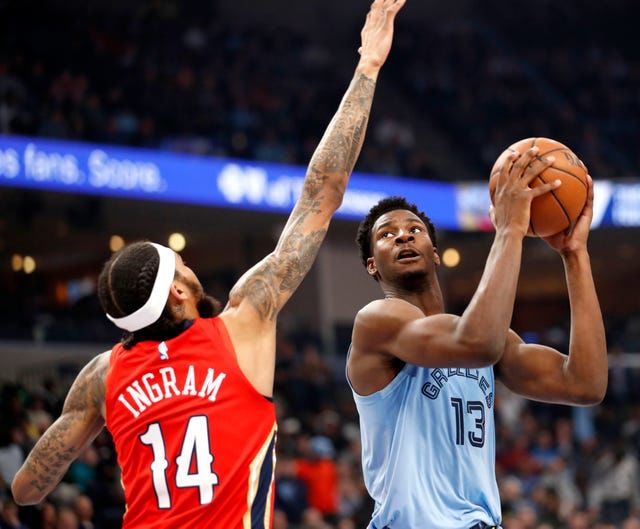 The NBA betting will become even trickier from here on. Why? As the postseason will come near, teams will become more desperate than ever to make a push, and many coaching staffs have figured out the combinations required to move forward while a number of teams have figured out their team chemistry. And that is why I think the race to the Playoffs will become more and more intense. Then there was also the good ol’ trade deadline that brought an expansion of talent in various rosters and coming to the expansion, let us dive into the New Orleans Pelicans as they take on the Memphis Grizzlies.

The Pelicans have had another tough season so far, compiling 23 wins and 34 losses, winning their last game versus the Raptors as CJ McCollum notched his first win with the team. New Orleans has won five out of their last seven games and after bringing in CJ they do look deeper offensively. They have a tough schedule ahead as they will face many of the studier squads in the West. They will wrap their pre-All-Star-Break playing against the Grizzlies, Mavericks, and Suns as their Play-in tournament spot rush will get only more intense.

On the other hand, the Grizzlies are having one of the best if not the best seasons in Franchise history. They are only three out of the 30 squads to have won 40 games and have only lost 18 games. They have hit one of their hot streaks recently, having won five games in a row. They are one of the contenders for the championship and they keep on improving each month which should send warning signs for the rest of the league. As Ja Morant keeps tormenting oppositions, Memphis steamrolls teams after teams. Can they go past the tough Pelicans team away from home? To know my game total and result prediction, jump to “Expert Betting Tips”. To know my player-based statistics predictions, go to “Player Performance Prediction”.

How far can the Pelicans go?

The Pelicans are in a crucial phase right now and this will be their second game on the second night after they comfortably beat the surging Raptors. That victory will surely increase the confidence but they will face a Grizzlies team that has won a ton of games away from home. However, it will be taking these types of games that will bolster the confidence of an offensive unit that looks upgraded and can rise to new heights as the postseason window closes in.,

McCollum has had a couple of scintillating scoring nights, leading the Pels effort while Ingram, Jones, and Valanciunas complement him well. Ingram has shown the willingness to pass the ball more but he must also figure out how to get more touches and shots up at the wing position with CJ in the fray. One huge concern has been Devonte Graham’s lack of efficiency recently and he will need to pick it up for sure to bolster the three-point shooting. The bench can present an issue but Jaxson Hayes has given some depth recently. What can the Pelicans scrap with CJ at the offensive helm?

Grizzlies are just a terrific group

Ja Morant has been piling up points and has been a major scorer and playmaker throughout the season. Jaren Jackson Jr. has been a two-way force and it is his defense that has been a huge difference-maker this season. Steven Adams has been a terrific rebounder and also provides superb hustle and help defense. Desmond Bane has kept the scoring train going while Ziaire Williams has done well in the starting lineup and can scoop up some three-point shots at a high clip on a regular basis.

Brandon Clarke has been a terrific slasher and he has once again gotten back to his high-scoring ways, notching 15+ points. De’Anthony Melton has been superb and he has improved his shooting considerably compared to last month. Kyle Anderson brings an all-around skillset off the bench while Tyus Jones has been terrific too. The balance between the bench and main-five is brilliant and this is what makes the Grizzlies such a great squad.

Points Range: The Pelicans scored 120 against a tough Raptors team in the last game and they have gone past 110 or so again and again. On the other hand, the Grizzlies have been a superb offensive team and they have scored 120 or more in each of the last five games, and they keep on hitting a high note. On the defensive end, the Pelicans have been terrific with a lengthy frontline of Ingram, Jones, and Valanciunas. On the other hand, Jaren Jackson and Steven Adams form a strong PF-C combination too. I see both teams scoring at least 110 here. The total points range here for me is 220-230.

Prediction: The Pelicans will play a second game on the second night so yes they will be taxed out. But I believe the win against the Raptors can be a huge motivating factor coming into this game. I see Ingram coming out strong here and having one of his usual 20+ points night while I believe Ja Morant will also take over the game at one point. All in all, I see the Grizzlies eking out a close 117:113 win here.