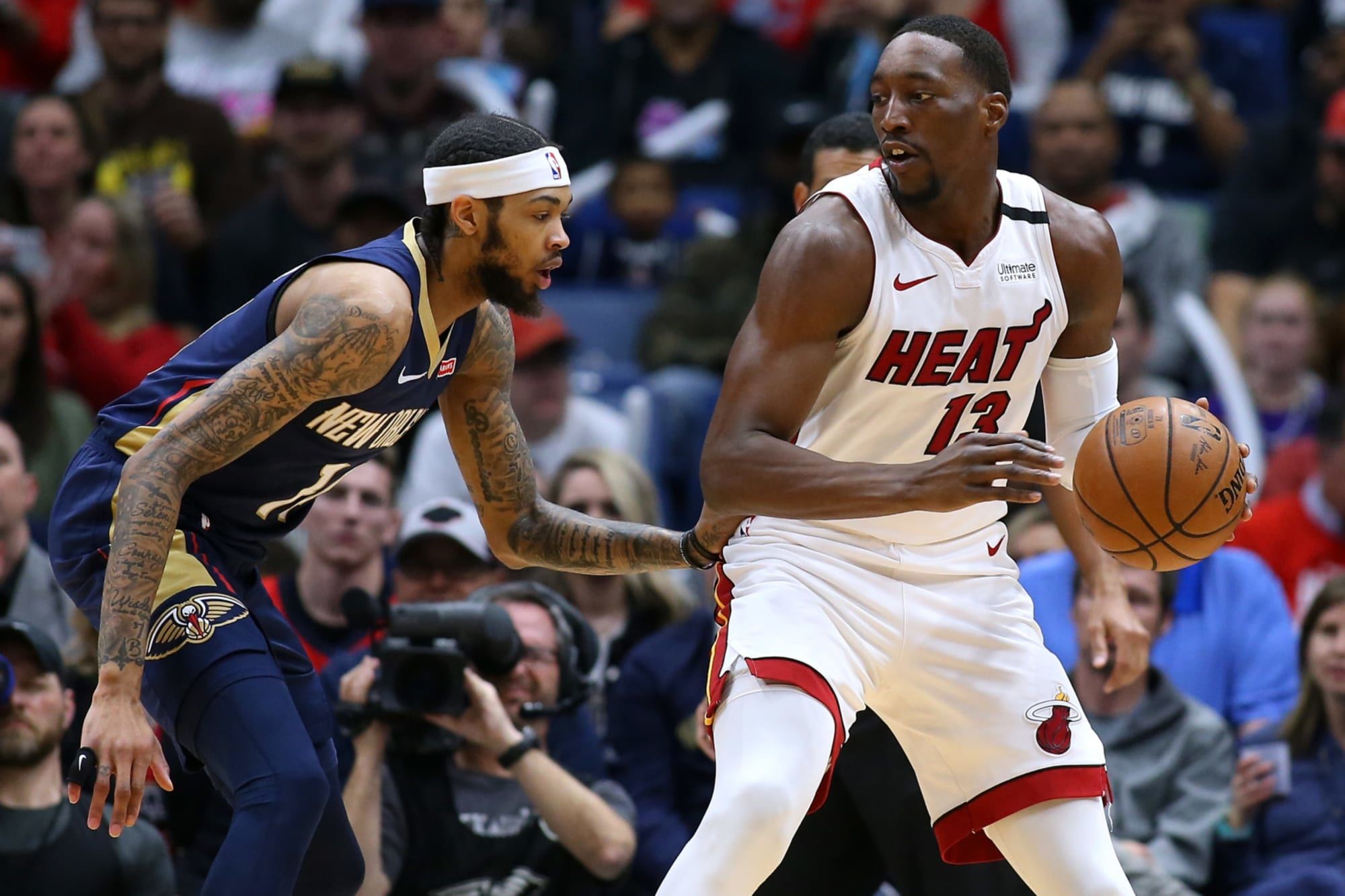 NBA trade deadline is here and the phones of NBA fans, critics, writers, athletes, and various people associated with the league are buzzing. Rumors have engulfed the scene and we have seen some of them come to fruition already. This is a busy period for writers, managements, fans, and most importantly the players as we witness a big exchange of players. The deadline is just a few hours away and I am sure this is the day where we will witness more bombastic trades and the type of trades that can change the complexion of the game here between the New Orleans Pelicans and Miami Heat.

The Pelicans have won 22 games and have 32 losses, currently on a four-game winning streak. They have made their moves already and for me, they have had a successful trade period so far. They acquired CJ McCollum, who may be 30 but is still in his prime. They had to give up all-around guard Josh Hart, young Nickeill Alexander-Walker along with Tomas Satoransky, and Didi Louzada to acquire the big-time guard along with Larry Nance Jr. and Tony Snell. While CJ boosts the off-guard scoring and much-needed offensive production. Larry can be a scrappy Forward who can also play Center in the small-ball scheme. Can the Pelicans make some noise but first acquire a Play-in tournament spot?

On the other hand, the Heat has been on fire all season long, and Miami has been one of the top squads in the East with 35 wins and 20 losses. The top spot for the Eastern Conference is still wide open but Heat has been making a claim to finish there through the season. Currently, the team is on a three-game winning streak and with the return of Adebayo and Butler, the team’s winning train can tick on further. Heat has also been associated with a bunch of rumors and since trading KZ Okpala, it has been reported that they are making space to perhaps bring in PJ Washington, the Forward for the Hornets. How will the team land someone like PJ Washington, will they? But about this game, can Butler and co. bring in a win against motivated Pelicans? For my game total and result prediction, jump to “Expert Betting Tips”. For my player-based statistics prediction, go to “Player Performance Prediction”.

Pelicans can make a run, Heat’s depth has been effective

McCollum in the fray for the Pelicans

Pelicans have been one of the worst three-point shooting teams in the league and lack players who can bury triples off-the-dribble. CJ McCollum immediately addresses that issue as he can manufacture long-range shooting through pull-up jumpers and has a lot to offer on the offensive end. He fits well alongside Ingram and Valanciunas. Why? Ingram has been terrific in terms of playmaking while Valanciunas can also score in different ways and keep the switch defenders busy. Now, with McCollum in the fray, the Pelicans can both open up the floor and open up inside lanes. However, the bench is going to be an issue unless the team makes some moves.

How does the lineup look at the time of writing, Graham at one-guard, McCollum at two-guard, Herbert Jones and Brandon Ingram as two wings and Valanciunas in the middle, surely, a strong core and imagine when Zion returns how much can the Pelicans raid on the offensive end with this unit. But about now, the Pelicans have built a solid core and they surely can charge in for the ninth spot too with the constantly dwindling play of the Los Angeles Lakers. The bench of Alvarado, Hayes, Temple, and Snell lacks some key facets but can’t the Pelicans build a Raptors-like model, at least on offense, and ride on the hot hand of the main five?

The Miami Heat already has a formidable unit, and that unit has propelled them to the top of the Eastern Conference. Still, it is not like they have maintained a huge distance between them and other teams. Bucks, Cavaliers, Bulls, and 76ers have all big shots to get to the top and the race to the top is certainly wide open. If the Nets-Sixers trade of Ben Simmons-James Harden goes through, that can certainly send ripples and the Heat must be keeping that in cognizance and finding pieces to bolster them further. With the trade deadline a few hours ago, how will they fare?

Miami has been in incredible touch throughout the season and it is their team depth that is admirable. Defensively, they have one of the best squads with pesky guards Lowry and Robinson backed up by two-wing Butler and two strong frontline defenders in Adebayo and Tucker. The signings of Tucker and Lowry have been the major difference-maker this season for the Heat and with their shooting talent, along with multiple shot creators, playmakers, and inside scorers, plus a high-quality rebounding, the team has most bases covered. Yes, a big Forward can help the cause but would the team really like to tinker too much with the core that has been well supported by the bench throughout the season.

Points Range: The Pelicans have scored in the 110-120 points range in the last four games, certainly hitting their sweetest streak all season long. While they have been against relatively so-so defenses compared to the Heat, the team has found some groove on the offensive end lately. On the other hand, the Heat has scored 112 or more in two of the last three games and yes, they are not among the major elite teams offensively but I think they are yet to hit their hottest spot on offense.

On the defensive end, the Heat has been doing a wonderful job and they have held teams to 100 or fewer in the last three games, which is not a surprise considering the major defensive players they have. On the other hand, the Pelicans have done well on the defensive end and rookie Herbert Jones is a major part of their defensive schemes. I believe both teams will engage in an under 110 points each contest. I see the total points range as 210-220.

Prediction: Bam Adebayo and Jonas Valanciunas in the middle will be fighting for position and that is the match-up highlight for me. Even if Jimmu Butler and Brandon Ingram at the wing is an all-around type of match-up, the Center match-up can be huge in terms of bringing down rebounds and opening up shooting lanes. Anyway, both match-ups are decisive here. CJ McCollum will make his debut here and let us how it goes for him. I see the Heat engaging in an intense tussle here, and eking out a 108:104 win here.