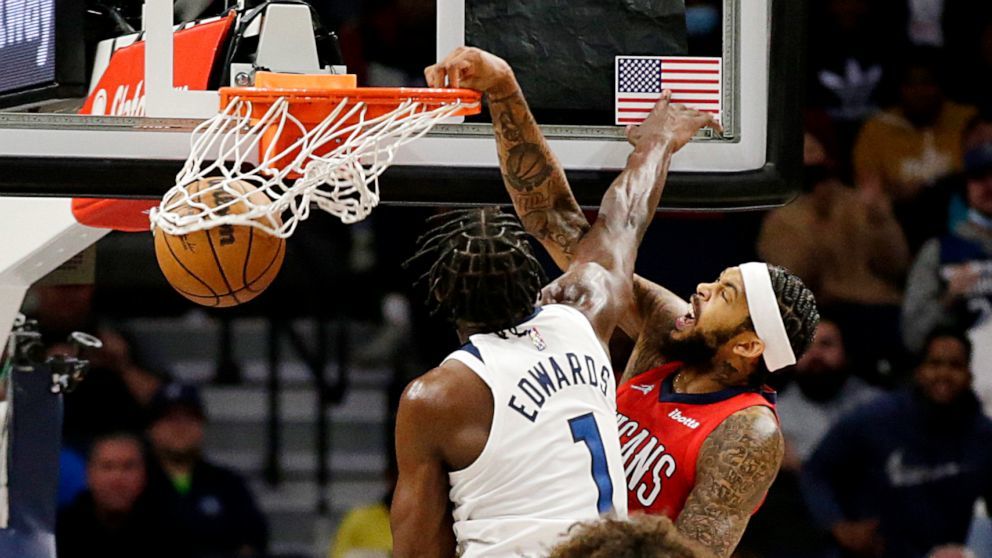 NBA betting is a tricky affair, yes there are some favourites and I acknowledge that bookmakers are on point many times, from predicting a game’s winner to the total points. But even then, it is sports, and it is the NBA, where the points are usually in triple figures, making the total points prediction a difficult terrain in itself. And well, you never know which teams flip the tables against teams with better records. And here in this game, a team with a below-par record in New Orleans Pelicans face the Minnesota Timberwolves in a Western Conference battle. The Pelicans have won just 14 games and have lost 26 games while the Timberwolves have won 20 and lost 20 games. Minnesota have won four in a row while the Pelicans have lost three in a row, unable to get going all season long. The Timberwolves have been fending off teams with losing records by a big margin but can the Pelicans change that trend? For my result and total prediction, go to “Expert Betting Tips”.

Timberwolves have been rolling on offense: The Timberwolves have three major scorers in Russell, Edwards, and Towns. All three scorers can score 20 or more regularly and Towns is the major difference-maker with his ability to attract multiple defenders. Russell is a knockdown perimeter shooter while Edwards has also shown a varied toolkit on the offensive end using his athleticism well and improving his shooting. Also, Russell has improved as a playmaker, and has dished 10+ assists continuously this season which he has never done so in career before at this rate, which means Russell is building his identity as a typical Point Guard, he fits well with Towns and Edwards. My favourite Timberwolves player is Jarred Vanderbilt, who has lodged 10+ points rebounds continuously and helps in clearing both defensive rebounds and gathering the much-needed second-chance points. With Malik Beasley and Jaylen Nowell as two scorers off the bench who can get around 10, Minnesota has improved offensively over the course of this season.

Pelicans inconsistencies: New Orleans’ defense has deserted them quite often, especially in key moments. One weakness of the Pelicans has been that they can make a push for the lead but can sustain the push for over two quarters or so. The defense has indeed deserted the team late in games. The offense has a lot of potential to go even further. With Ingram, an isolation threat, Pels 20+ points in most games while the physical Jonas Valanciunas can get 20 or so himself while grabbing 11-18 rebounds a game on a regular basis, which has been a big time contribution. Devonte Graham usually scores around 10-15 but I think he needs to be scoring more than that, however, the biggest revelation on offense since mid-December has been rookie Herbert Jones, who has increased his scoring range from 4-9 to 10-16 these days. With Josh Hart likely to return for this game, the Pelicans can find enough offense from their starting five but except Nickeill Alexander-Walker, the bench made up of Temple, Hernangomez, Hayes, and some other reserves hasn’t been giving big time offensive contributions.

Points Range: Well, on average, Pelicans have scored 101-108 points per game this season but have every now and then gone past 110. On the contrary, the Timberwolves have scored 110 or more in more games and that is because they have more scoring options and a more high-yielding bench these days compared to the Pelicans. The Timberwolves are well-adept at exploiting below-par defenses and in some games, have even gone past 130. The Pelicans will have to watch out for that because they have given up many points during a single quarter. But I believe the Pelicans will not allow more than 110 here and will do much better on the defensive end to stall the Timberwolves. Pelicans don't allow many offensive rebounds(around 9 per game) but they will have to take care of Jarred Vanderbilt who can be difficult to stop on the rebounding end. Anyway, if I try to pitch in different scenarios, then yes, saying the Timberwolves will be contained below 110 is indeed a gamble but I am willing to believe it. I think the Pelicans will score in the 106-113 range. The overall points range seems to be 210-220.

Prediction: I believe the Pelicans are due a win, they have the talent well, and if Josh Hart is back, they will have someone who can push the tempo, get the boards, give out outlets, score in various ways, and also keep the hustle on. On the other hand, Minnesota has been impressive against teams with losing records lately but I have a strange belief in the Pelicans who have rather lost a lot this season. But I believe the Pelicans will flip the script here, I do believe so. I think they will take this 110:103. This bet is 67% risky for me considering that Timberwolves have won four in a row and Pelicans have lost three on a trot.