Content
To top
1.
Pelicans can fight but the Suns have many weapons
2.
Expert Betting tips
3.
Betting Options
Users' Choice
12 200 USD

New Orleans Pelicans vs Phoenix Suns: Can Pelicans put up a fight against dominating Suns? 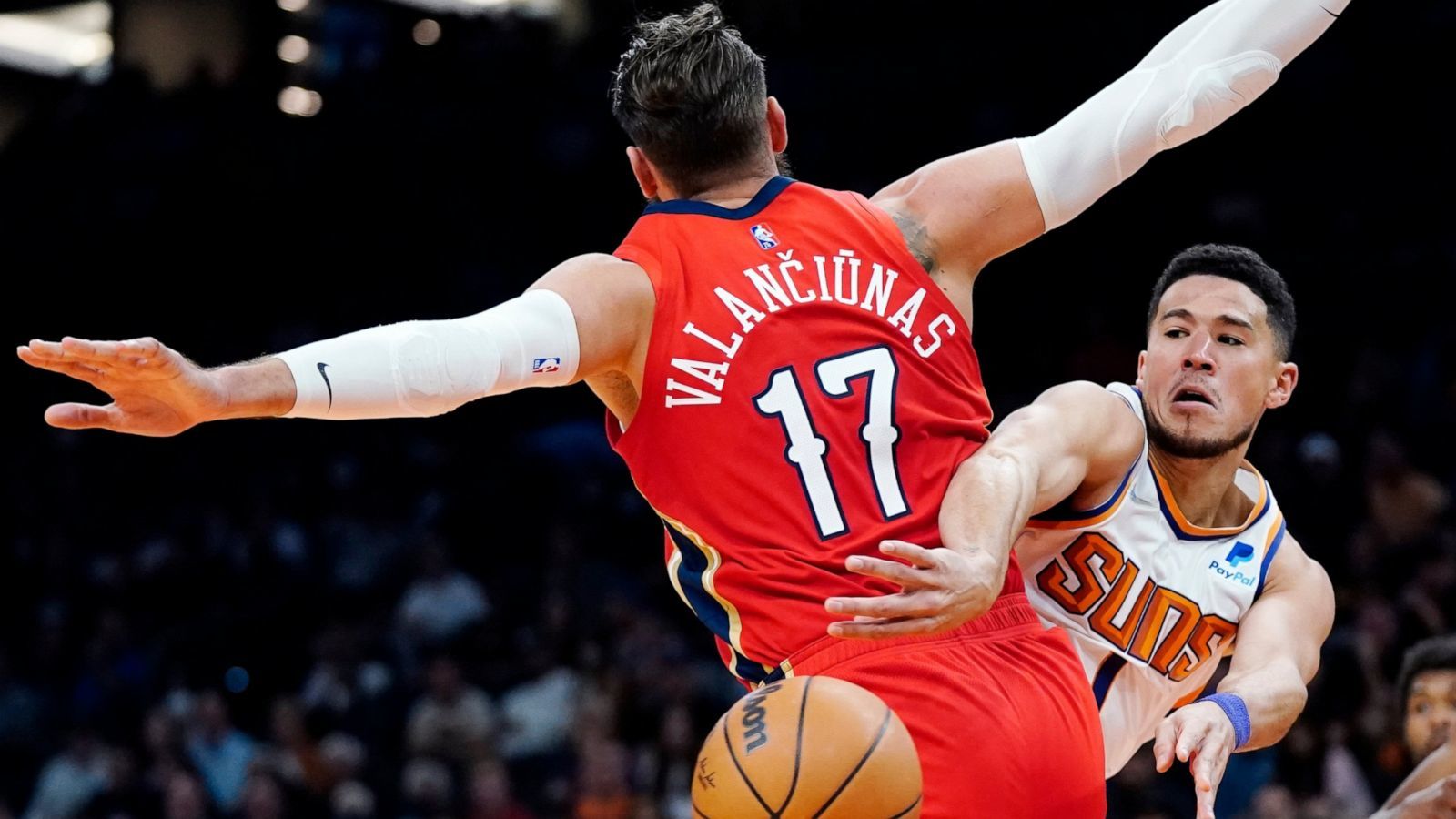 COVID-19 has once again ravaged the world and the NBA has adjusted its provisions to accommodate more players on ten-day deals and also have relaxed the quarantine rules significantly. Now, in a league that already produces so many varied results, the challenge has been further exacerbated by the persistent COVID-19 threat. But still here we are, discussing the contest between the New Orleans Pelicans and Phoenix Suns. The Pelicans have 10 more losses than wins and have suffered without their superstar Zion Williamson. On the other hand, the Suns are too deep and too intimidating on both ends of the floor, and are showing why they reached the Finals last season. Can the Pelicans win one against the odds? For my game total and result prediction, go to “Expert Betting Tips”.

Pelicans can fight but the Suns have many weapons

Pelicans have a lot of fight but lack the depth: New Orleans Pelicans have been playing some decent basketball since late November and they have won around 60% of the games around that period. But then it isn’t like that the Pelicans look like a Playoff team and they began by losing 90% of the games. That is why they are lagging behind despite gaining some coherence recently, they will need to put on something special to get in the play-in tournament. Still, with Brandon Ingram and Jonas Valanciunas in the frontline, dynamic players in Herbert and Hart, and one guard Devonte Graham, the Pelicans have more than decent shooting and rebounding. The bench only has Nickeill Alexander-Walker as a major scoring option but I think Garrett Temple has also played well recently. Overall, it is the defensive end that has let the team down at times.

Suns have been well-built: The Booker-Chris Paul duo’s impact is obvious but for me the highlight for the Suns team has been their wing players, who are in large supply. Even with Crowder out of the mix, the team has Cameron Johnson and Mikal Bridges, both combining for 25-30 points but majorly, playing great defense at the perimeter and beyond. With Booker, you have a 22-35 points scorer, Paul has got a terrific team around him and a player of his calibre can get around 10 assists easily with such a unit on a regular basis. The Suns also have guards Payne and Shamet off the bench, who have both given great production all season long. The recent rise of youngster Jalen Smith has been one of the reasons why the team has been able to scrap out rebounds and get some quality inside scoring with Ayton and McGee out of action.

Points Range: The Pelicans have not been a sub-par offensive unit and with Hart, Herbert, and Graham improving during December on the offensive end, the team has now multiple weapons even if one of Valanciunas or Ingram has an off-night. Still, the team runs most of their offensive sets through Ingram, whose isolation skills at the wing are indeed heavyweight. The Pelicans have been regularly able to breach the 108 points mark with Valanciunas and Ingram and I expect them to at least come near that mark here. On the other hand, the Suns have shown that they have enough battalion power to scoop up 110+ against relatively weaker defensive units and they can surely take over the game on the offensive end more often than not. The team has scored 113 or more in three of the last four games afterall. I think they have a great chance of getting around 110 against the Pelicans especially if Booker and Paul are healthy. I think the overall points range here is 216-226.

Prediction: I think the Suns have an edge here especially at the back of their superior backcourt but then again, the Pelicans are no slouches, they can put up a fight. Yes, they have lost two in a row but again, they have shown that they can keep oppositions interested in them till late fourth quarter. Suns can face trouble stopping Valanciunas inside and I believe Ingram if he plays will have a big game here. I smell a close game here but I give the 55% chance to Suns considering they have Paul, Bridges, Booker, Smith, and Johnson. Meanwhile, I think the scoreline will be 114:110 in their favour.