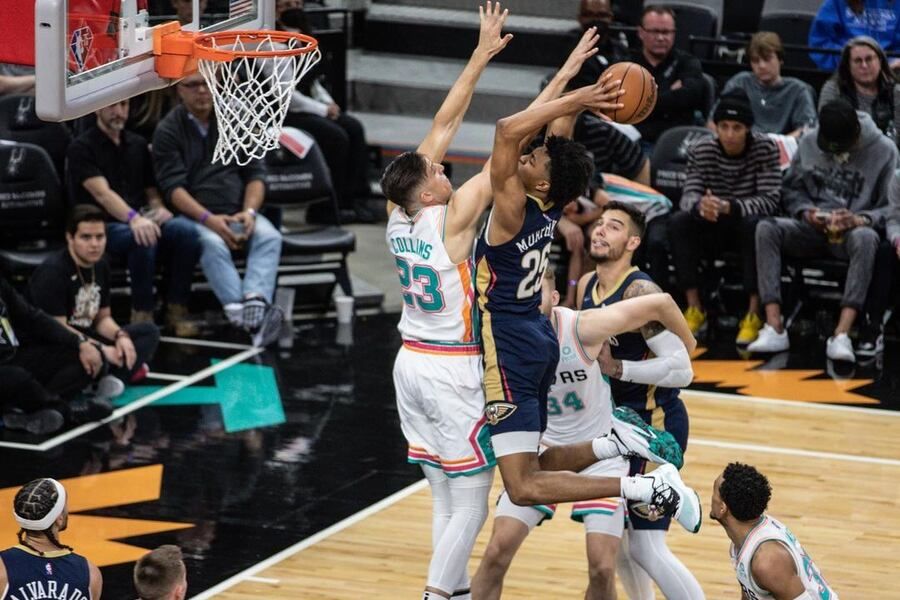 The Playoffs are just around a couple of weeks away. But before we go to the Playoffs, we will have a seasoning of Play-in tournament where the seventh to tenth-ranked teams in each conference will clash to decide which teams advance to the first round of the Playoffs. In the Western Conference, the infallible Phoenix Suns have made the mockery of the league and keep on stacking wins. The Grizzlies are steadily sealing the second rank while despite some underwhelming play, the Warriors are in third place. The Utah Jazz, the Dallas Mavericks, the Denver Nuggets, and the Minnesota Timberwolves remain in the touching distance against one other while despite losing their way, the Los Angeles Clippers have held on to the eighth spot. And below them are the New Orleans and Los Angeles Lakers with a similar record. Underneath the New Orleans Pelicans are the San Antonio Spurs, and these two will clash here in an important game for both.

The Spurs still remain in contention for the Play-in tournament and a couple of victories for them and a couple of losses for the Pelicans and Lakers in a short time can change the complexion of this race. Interestingly, if the Spurs beat the Pelicans here, they will have a 30-44 record while the Pelicans will have a 31-43 loss record, which is pretty close. For the Pelicans, the most important last ten games of the season are here and fittingly, they will play the Lakers twice within a week, however, the trouble is that the first of these games will be a back-to-back situation. The interesting bit is that the Pelicans have a 1-0 series lead against the Lakers but if they lose the next and if there is a scenario where both teams have a similar record, the Lakers are going to have a higher rank. Talking about the Spurs, except for the two games against Trail Blazers, they have a loaded schedule to end the season so they will need to nab a win here without a doubt.

Pelicans have been playing some terrific basketball

Pelicans have certainly addressed the urgency issue with the Play-in tournament at their doorstep. They have won four out of the last six games, they lost one of those games on road by just three points versus the Hornets and the other loss came against the Suns. The best victory came against the Hawks, a team that is solid on their home floor. This spells a huge change for the Pelicans in terms of mentality and after they had their rhythm slashed with the absence of Brandon Ingram, they had gotten it together and have made huge strides towards the Play-in tournament.

CJ McCollum has done a great job not only as a score but as a playmaker as well, something which has bolstered the confidence of the rest of the team. Valanaciunas is as important as McCollum as he can seize much-needed rebounds and has played some brilliant offense all season, on top of that, he has been available for 91% of the games, thus, constantly providing terrific support. Herbert Jones brings a defensive mentality and if Devonte Graham can even contribute half of what he did in the last game(30 points), that’d be huge for the Pels. Brandon Ingram is questionable for the game and oh lord, do the Pelicans need him to return or what!

Spurs have had no rhythm

Unlike the Pelicans that have beaten some 50%+ win squads and have taken victories away from home, the Spurs have been wayward and can lose their way quickly against elite teams. However, in a rare scenario, they did beat the Warriors away from a few days ago while also bagging an easy win against the Trail Blazers. However, the Pelicans are looking more formidable than those two teams. The Spurs have not won three in a row since the last week of December and if there is a time that they need to accomplish this, it is certainly now! Each game becomes a knockout type of scenario and a winning streak can certainly propel the team to the Play-in tournament.

While the bulk of the load is upon DeJounte Murray’s shoulders as a scorer, rebounder, playmaker, and perimeter defender, the team will need more out of the other players. Jakob Poeltl has done a great job as the Center, with his ability to screen, rebound, block shots, and also get it done inside on the offensive end. Wing Keldon has also grown his game and his ability to shoot a high percentage from the three-point line is indeed terrific. However, it will be the performances of Devin Vassell, Josh Richardson, and Lonnie Walker IV that may as well determine the course for the Spurs as they reach crunchtime.

Points Range: There is no doubt that the Pelicans have become a much more formidable scoring unit ever since acquiring McCollum. It felt as if their scoring will slide without Brandon, but CJ and Val have done a great job of giving a lot of impetus to the scoring end. This is a testament to the hard work the whole team has put on during tough games too and this has been a great developmental phase for the Pels as an offensive team. On the other hand, the Spurs' offense isn’t as prolific as it was in the first half of the season, and certainly not having Lonnie Walker and Doug McDermott affects it even further. Still, they have a great knack for choosing their shots and can move the ball at a high clip so they can’t be underestimated on that end. Defensively, the Pelicans have been battling hard and have played great ball on that end. I believe the total points range here will be 210-220.

Prediction: The Pelicans have shown a hunger to seal the Play-in spot for the last ten days or so. McCollum has added both quality scoring and playmaking to a squad that hasn’t showcased much offensive depth. Defensively too, the Pelicans have upped their game and their confidence seems to have considerably improved. Although the Spurs can be a tough team to deal with when Keldon and Muray are clicking, I believe the Pelicans are more diverse in terms of both ends of the floor, that is why I believe they will beat the Spurs 114:106.