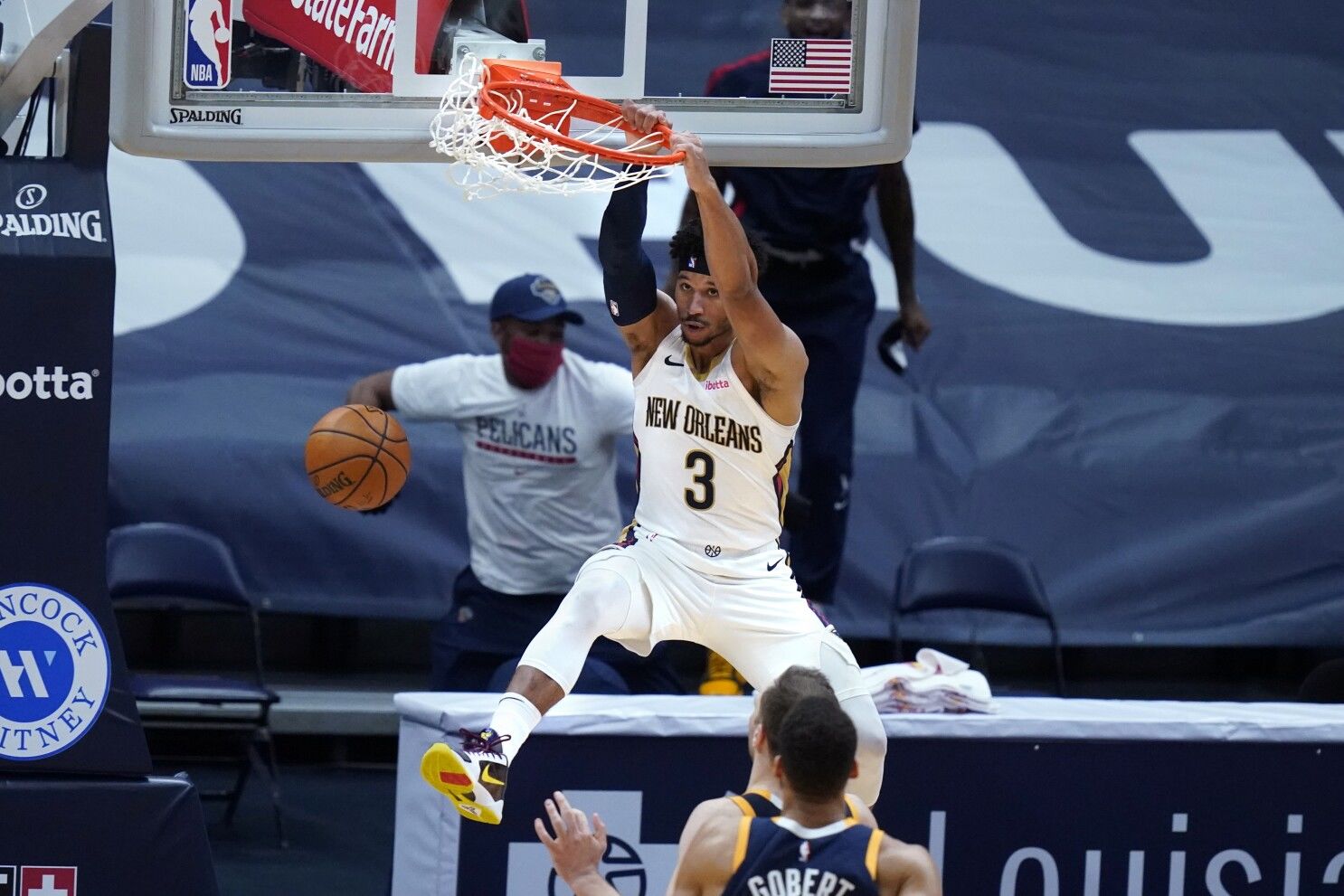 With the COVID-19 pandemic raging once again, the NBA world has been caught in its web in full flow. It means that the league has had to take desperate measures to keep the action going. What have they done? First, they allowed teams to sign multiple players on ten-day deals if there are two cases and the two for three cases, three for four cases, and so on…. Secondly, now the quarantine period has been reduced to five days. These two changes have made sure that the ball keeps hitting the floor and as long as it does, writers will write, readers will read, bookmakers will release odds and bettors will bet. Anyway, let us come to another intriguing betting battle where the New Orleans Pelicans fight it out versus the Jazz. Pelicans have kept the fight on and their 13 wins and 23 losses record ignore the tumultuous period they have faced first with their ace Zion Williamson out and then the COVID-19 outbreak. On the other hand, the Utah Jazz are among the elite squads and they have an astounding 26 wins and ten losses. Can the Jazz continue to pound oppositions? To know my game total and result prediction, jump to “Expert Betting Tips”.

Jazz’s incredible form: Jazz has won eight games in a row from late November to mid-December then they won six games in a row to close out December. They have been in a wonderful touch and their scoring reserves certainly help the matters. Perhaps, the defense is a tad weaker than last season but then for a team that scores as much as the Jazz, most teams can have no answer. Squads that have a winning percentage below 50 usually stand no chance against Utah and usually, those games end up being one-sided blowouts. Well, this is not surprising for a team that had the best record in the league last season and has returned with the same core of Mitchell, Conley, Gobert, Bogdanovic, O’Neale, Clarkson, Ingles, joined by veterans Hassan Whiteside and Rudy Gay. Utah has had an incredible regular season for two seasons now but will it translate to a deep postseason run? Jazz fans will certainly hope so.

Pelicans have some fight but need main players back: Pelicans have been playing some inspirational basketball since late November. The team has won ten out of 17 games since then and many of those wins have been against squads with a 50+% win record. Trust me, you can’t judge this New Orleans team solely on the basis of record and that is why Kendrick Perkins said that they should think about the next season. I disagreed with it, no disrespect to his basketball wisdom, because I believe no season is a waste. Even if you lost 60+ games in a season, it is a learning experience and there are storylines that can motivate you going forward. For the Pelicans, the inspiring storylines have been the great scoring prowess of Ingram, the terrific all-around play of Hart, late-game heroics of Devonte Graham, Valanciunas’ rebounding, great bench scoring from Alexander-Walker, and that is great to savour moving ahead, the Pelicans have fought on and for me, not only them, but in this climate, all NBA teams and athletes deserve a lot of respect.

Points Range: Let us come to the Utah Jazz first. The team has scored 120 or more in four of the last six games and even in the rest of the two games, they have scored 112 and 116. There is a lot of scoring talent in Utah and they managed to put together 116 against a highly disciplined defensive side in the Warriors. On the other hand, the Pelicans chances will depend a lot upon the availability of Brandon Ingram and Jonas Valanciunas. With Ingram, you get all-area scoring while Valanciunas helps seal the post and generate second-chance points. Apart from these two, Graham, Hart, Alexander-Walker, and Herbert Jones have pulled through in many scenarios. I think if Ingram and Valanciunas return then the Pelicans can get around 107-112. For the Jazz, I think getting to 115-120 points is possible and I give them a 72% likelihood of crossing the 110 points mark. I think the overall points range here is 224-233 if Ingram and Valanciunas don't play while it is 230-240 if both of them play.

Prediction: Well, yes, the Pelicans have beaten the Jazz once but yes, the favourability rate certainly belongs to the Jazz. If Conley, Mitchell, Gobert, Bogdanovic, O’ Neale, Clarkson, and Ingles or even five of these are healthy before the game, watch out! This team can shut the shop quickly and if not for a late Warriors run, the Jazz could have clinched one against them. Still, see, the NBA can produce varied results. In my opinion, the Jazz should clinch this one whether Ingram or Valanciunas are active or not. I think they will take this 122:109.