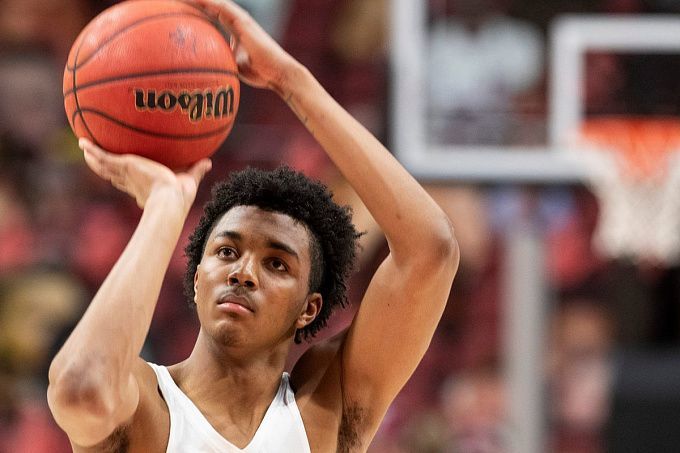 No one really expected Washington to win at least 1 of the previous two Summer League matches, but the team picked up their first victory. The next opponent for the Wizards will be New Orleans - will the capital club surprise us this time?

The Pelicans have three stars on their roster, but there aren't enough role players and a few of young players, so the Summer League is important. The lineup for the Las Vegas tournament includes three basketball players selected in this year's draft - Jay Lindell and Karlo Matkovic were picked in the 2nd round, and Dyson Daniels went with the 8th pick. Daniels is good defensively, but he's not getting enough playing time yet. Trey Murphy became the club's leader in the Summer League, averaging 26.5 points in 2 games.

After losing to Portland by 17 points, the Pelicans recovered by beating Atlanta 101-73. Trey Murphy and John Petty made 3 3-pointers each. Tyrique Jones performed well under the basket with 4 blocked shots and Jared Harper made 7 assists. Tray Murphy was undoubtedly the hero of the game with his 30 points.

The Wizards did not take all of their young players to Las Vegas. Second-year player Corey Kispert, for example, was left out. Only Johnny Davis, picked in the round 1 of the recent draft, spends more than 25 minutes per game on the floor. Jordan Schakel leads the Metropolitan club scoring 15 points each time. Shackel was not in the top 60 in last year's draft, but played four games in the regular season for Washington.

The Wizards got off to a very good start in the Summer League after a 6-point loss to Detroit and a 97-72 win over Phoenix. The Wizards defended well, while Vernon Carey and Jaime Echenique had an important role on offense. Tyler Hall came off the bench and made 3 of 4 three-pointers, which helped the team improve the long-range shooting.

Washington lacks a solid offensive option, while New Orleans has a number of players with experience in the NBA. Naji Marshall has been in the Pelicans' starting five and Trey Murphy could even contend for Summer League honors. We won't forget Dyson Daniels, who has the potential to develop.