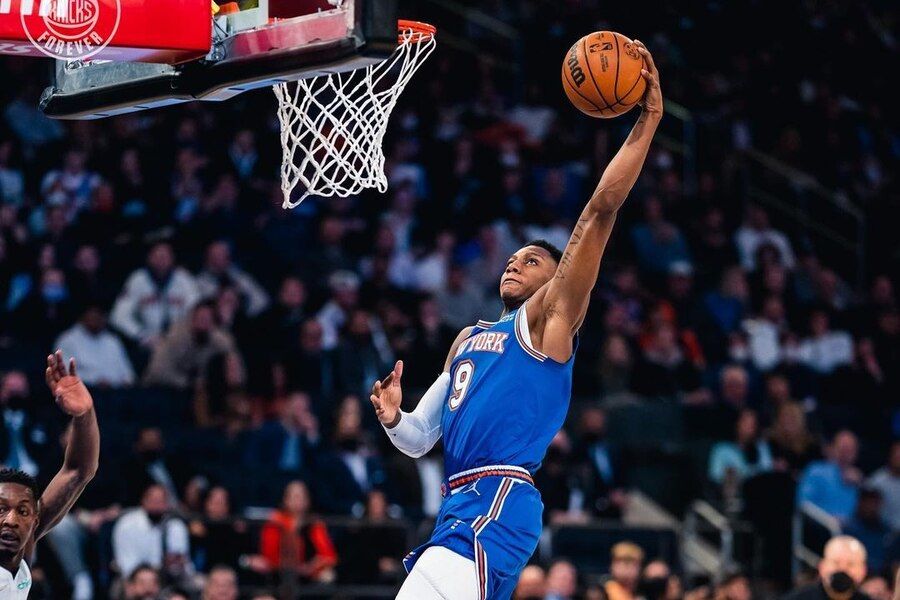 The NBA betting scene can be a highly frustrating one considering how one point or one missed shot can change the complexion of the bet. Many times the point differential predictions can fall flat as many below-par teams can down the top teams every now and then. And as the NBA playoffs come near, we are bound to see even more upsets and closer battles, a trend which has been more common these days. And I’d like to remind you, the Playoffs are barely three weeks ago, how time flies! Anyway, let us dive into the battle between the New York Knicks and the Atlanta Hawks.

The Knicks have fallen flat this season and this is a frustrating season for fans after the team finished as the fourth-best team in the East. Last season, they won 57% of their games and so far, this season, they have only won only 42% of their games. They have split their ten games and although the play is improved compared to February, the team has now been left behind at this point if we look at the Play-in tournament. With that in mind, we can see why the Knicks fans have felt high and dry.

One issue has been the perpetual inefficiency at the guard position. While RJ Barrett has proven to be a sparkplug at times, he has had way too many cold shooting nights, an area he needs to fix next season. Julius Randle’s relationship with the fanbase has been rather turbulent and at this point, I don’t see how that will be fixed this season and It is unclear what his future with the team will be. Fournier hasn’t worked at the off-guard position while the wing position has been vacant all season long. Burks has been struggling from the field for most of the season, even Immanuel Quickley has been highly inconsistent. The Knicks continue to be one of the most inefficient teams in the league.

Hawks have also not been that impressive

The Hawks were the ones that knocked off the Knicks in the first round of the playoffs last season. And this season, they have also surely not lived up to the expectations too. Like Knicks, the Hawks also won 57% of their games but this season, they have largely hovered around the 50% win mark. The injury to John Collins has surely hurt the team’s cause, and with him gone, the big Forward position has lost depth. With the Play-in tournament closing in, the Hawks will most probably go up against the Hornets, a team that has achieved more balance recently.

And one thing is for sure, for 99% of the games, the team has relied way too heavily upon Trae Young. When Trae has had big nights, the team has scrapped past at least 75% of times, but when he is ice-cold, the Hawks have had an overwhelming amount of losses. Although Bogdanovic, Gallinari, and Hunter have been impressive as scorers from time to time, they haven’t been consistent enough. Capela has played much better lately but his impact seems to be a bit less compared to last season. Perhaps a first-round exit looks like the best scenario for the Hawks as of now but last season too, they were said to have overachieved as they beat the Knicks and then the 76ers in the second round. Can they repeat something like that? I doubt that they can make it to the Eastern Conference Finals this time around.

Points Range: The Hawks have been way better offensively than the Knicks and their efficiency and shot creation have both been better than them. Defensively, the Knicks have been a bit better than the Hawks but the latter has been better than the mid-season window. The Knicks’ offense will be weakened without Julius Randle and their rebounding and defense as well. This is where the frontline of the Hawks can level the playing field match-up-wise. A lot will depend upon Trae Young when it comes to the Hawks and if he starts heating up then it will open opportunities for players like Huerter and Hunter. I believe the total points range here is 220-230.

Prediction: The Knicks’ defense can take a hit without Randle but Robinson can still make up for his loss in the middle. If Trae gets going then the Knicks can be a bit shorthanded but I believe RJ Barrett will do a more than a decent job as the primary option with Randle gone. I see the Knicks putting up a resistance early but ultimately, Trae and Huerter closing the deal and Hawks winning 118:108 here.