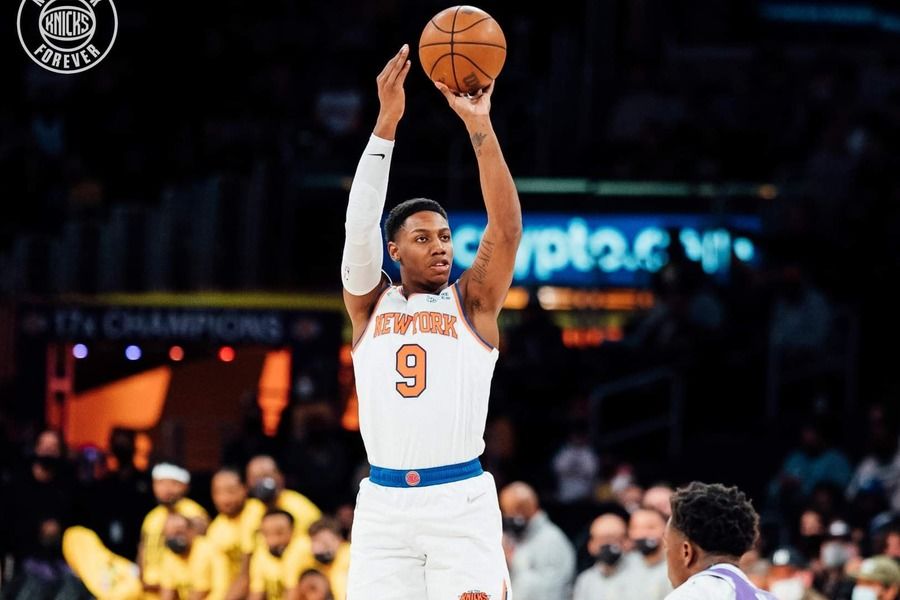 NBA is steadily heading towards the NBA Playoffs/Play-in tournament, which will make up for even more intense battles. The Play-in tournament has created a multitude of trickeries, for the squads in the top-six rankings, it is vital to not fall into the Play-in window as not only will curb the rest time but it will also mean that you have to overcome more teams before making it to the next round. On the other hand, there are teams that will feel elated just to make the Play-in tournament. And in this game, the Chicago Bulls, a team that will like to preserve their top-six rankings will take on the New York Knicks, a team’s journey is going to end in the Regular Season most likely.

Knicks have improved but it looks too late

The Knicks are on a three-game winning streak, something which hasn’t been the norm for the team throughout the season. They have been rather on the fringes of the Play-in tournament, and at present, it doesn’t look like they stand a chance to make it to the top-ten rankings. The team has seen some of the youngsters playing at a high keel but efficiency still remains a huge issue for the team. The Knicks have struggled to shoot at a high rate for most parts and although Barrett and Randle have been prominent offensive players, they can be a bit out-of-control at times. However, Immanuel Quickley has shown promise to become a starting Point Guard for perhaps the next season.

The Bulls are in desperation mode

The Bulls have not been playing a quality style of basketball for a long time now after beginning the season at a high clip. They have lost ten of their last fourteen games and they have been struggling to win away from home, which has surely dented their progress. Not having Lonzo Ball has hurt their team rhythm as he brought a great all-around production as a perimeter shooter, playmaker, rebounder, and gutsy defender. But that can’t be a good enough excuse because all the teams deal with injuries to their starters. DeRozan is not dropping 30 points or so as much as before but LaVine has picked up his game. A lot of the Bulls' progress hinges upon how the team will respond on the defensive end because that end can be an issue many times.

Points Range: The Bulls have been a better offensive team than the Knicks on average but the Knicks' defense has been rather above-average for most parts. They can lull the opponent into playing a low-shooting percentage type of game and their games usually end up being low scoring compared to average. Despite their struggles away from home, the Bulls will come into this game after beating the Cavaliers on the road and perhaps that can spark a special run. However, like the Knicks, the Bulls have had some tough shooting games too and can face some stiff resistance here from the Knicks team that has played much better recently. But despite all of that, I see the Bulls coming up with a strong offensive effort and the total points range seems to be 220-230 here.

Prediction: This is an urgent situation for the Bulls because they have to seize the top-five spot and the rise of the Toronto Raptors has created a lot of tension among the mid-tier Playoffs teams for sure. I do believe the Bulls are much better than they have showcased recently and I believe that the injury train in the middle hurt their rhythm quite a bit. I see them overcoming the ghost of the road-based losses and I see they will win this game 114:107.