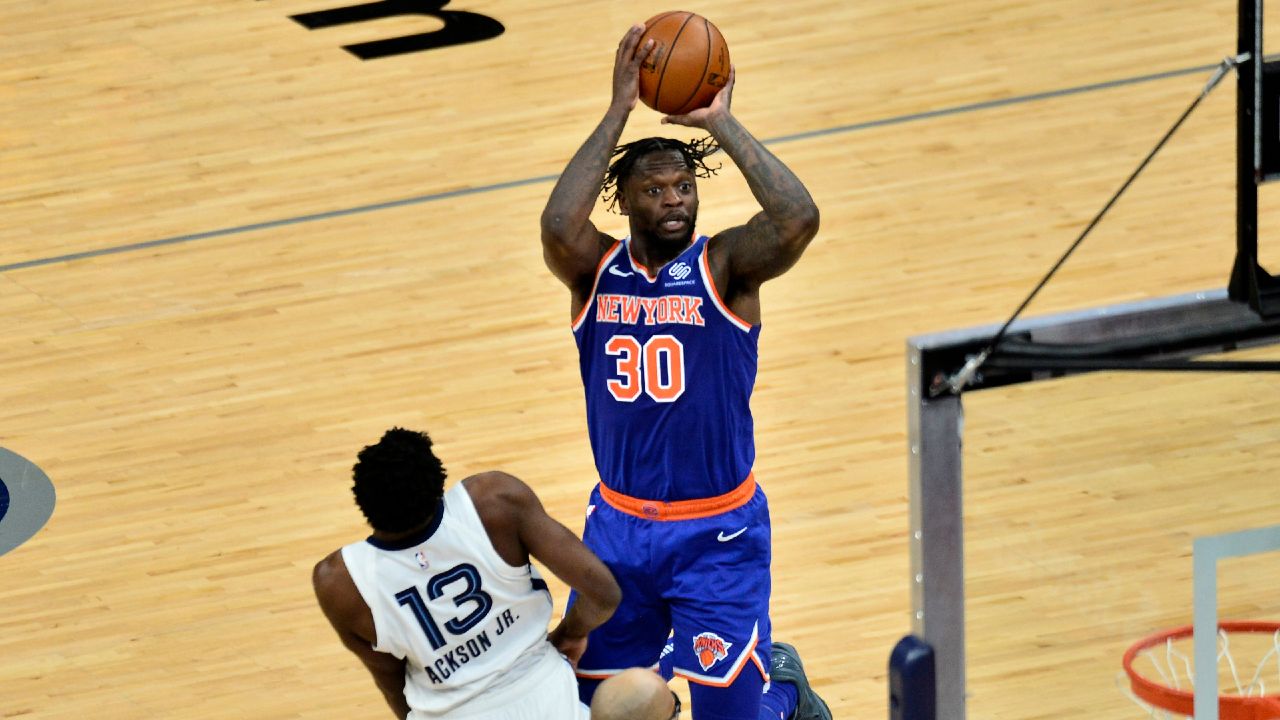 The NBA Regular Season is on and early on, there have been a bunch of enthralling battles. Roster make-ups have varied and even then, there have been major adjustments from squads repeatedly. With the way things are going, injuries have now taken the centre stage and we are entering a tricky phase. In this tricky affair, the New York Knicks are going to take on the Memphis Grizzlies.

The Knicks enter the fray after losing 129-132 in OverTime despite a 32 points performance by Jalen Brunson. The lefty Guard has scored in 27-34 points range for the past three games and this has been the most productive window for him, however, that hasn’t been enough thus far. The Knicks are not doing well and a 50% win record at home is not that impressive, just like last season, the Knicks are underperforming at home and that is always a recipe for disaster in the NBA.

Julius Randle’s numbers are down, yes, he is impactful but he was much better a couple of seasons ago. RJ Barrett hasn’t taken the next step yet and instead of seeing an increase in his stat during his fourth year, and once again, inefficiencies continue to plague him. Apart from these three athletes, no player is even averaging ten points a game which indicates a clear lack of depth. The Center position has underperformed again and overall, the Knicks project is failing again. There doesn’t seem to be much hope unless some trades are made. Will Julius Randle be here by the end of the season?

The Grizzlies enter the scene after defeating the Pelicans 132:111 as the three-point shooting barrage was relentless. They have reached 11 wins and eight losses, which is rather an okayish performance considering they had the second-best record in the Western Conference last season. Ja Morant is once again playing like an MVP and he has continued to bury a number of points and hand over a bunch of assists. The team has had some bittersweet moments, they got back Jaren Jackson but lost Bane to injury.

While it is true that there is a certain depth attached to the Grizzlies even without Bane. The team has needed Bane to stretch the floor on numerous occasions for Ja’s driving game to be even more lethal. Brooks has gotten his rhythm back after a poor start while Jaren Jackson’s return has bolstered both ends of the floor. The Grizzlies are young and inexperienced but they have a lot of energy and with a lot of expectations surrounding them, it will be interesting to see how they proceed.

The Knicks haven’t done well at home and this season has been like the last one, the fanbase is not that revved up, RJ Barrett has been not doing enough and Julius Randle may hunt for another team soon. Grizzlies are deeper than the Knicks and have a bunch of scoring options that can lay down a lot of production. The rebounding battle will be physical here and with Adams wreaking havoc, the Grizzlies can pincer a slight advantage.

The Grizzlies have done a “decent” job away from home, a 40% road win record is nothing extraordinary but it is still not terrible. The defense has improved for Memphis whereas the Knicks’ defense hasn’t been covering up the offensive holes. I see the Grizzlies take advantage of that and the points range to be in 229-239. I predict a scoreline of 124:114 in favor of the Grizzlies.