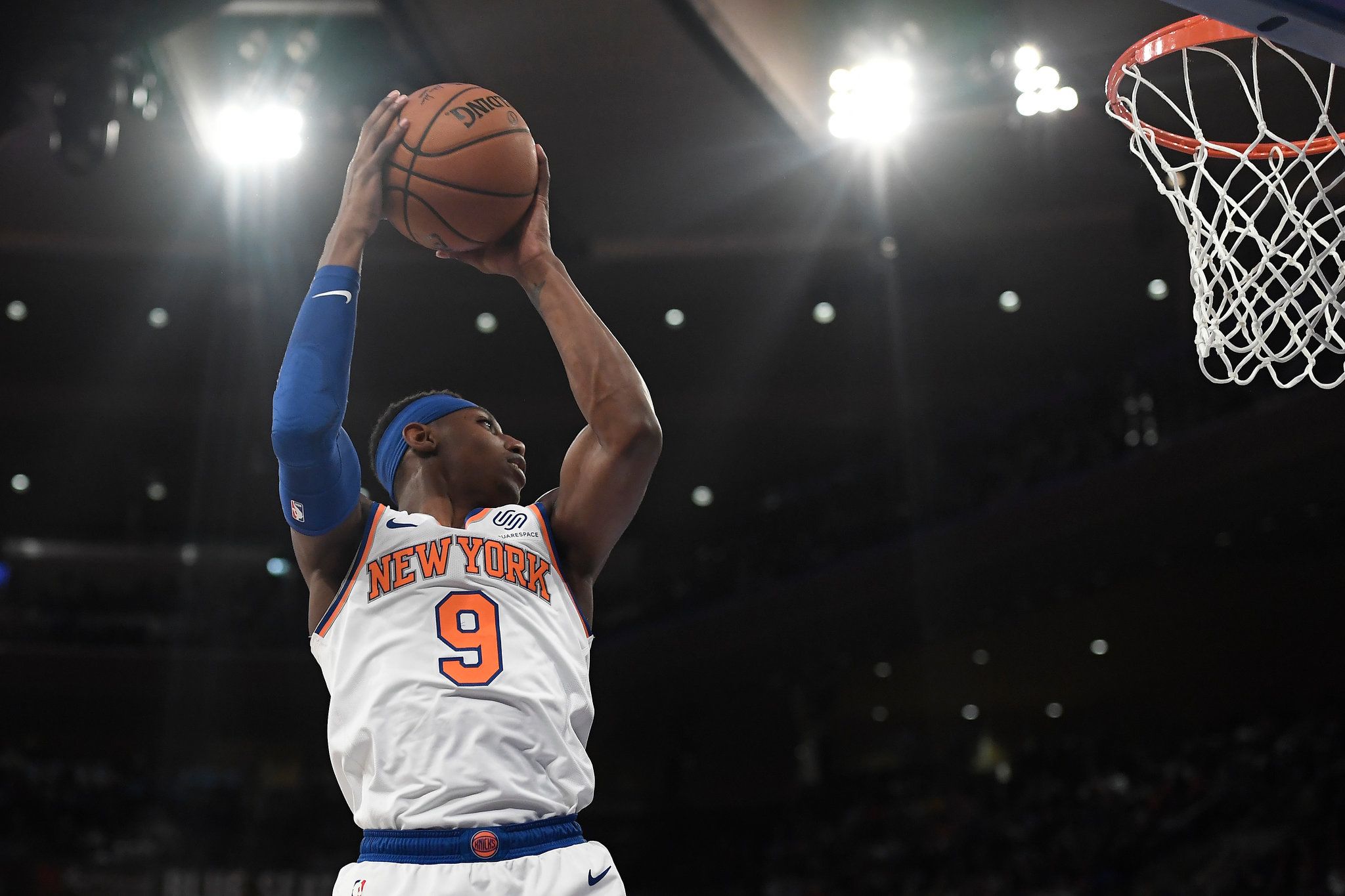 NBA is constantly moving towards the Postseason window and as we head towards the Playoffs, the intensity will only pick up further. We have seen some crazy performances recently as Karl Anthony-Towns and Kyrie Irving dropped 60 points in a space of a few hours. This is a desperate time for many teams and some of these players are hungry to cruise forward heading into the Playoffs. However, for some teams, the Playoffs are looking like a far-cry and two of these teams are New York Knicks and the Portland Trail Blazers.

The Knicks are falling apart

The Knicks have had a highly disappointing season and there is no doubt that the team has fallen apart during key moments. They have lost 40 games and have grabbed just 28 games, currently on a two-game losing streak after they had been on a three-game winning streak. Since February, they have lost 13 out of their 18 games and this was a big window to make a push towards the playoffs after the team had a mediocre start. The Knicks can still seize the eleventh position but nabbing the tenth position to make it into the Play-in tournament looks virtually impossible now.

One of the main reasons for the poor performance has been the lack of shooting from multiple players. Their shooting percentages have been awful more often than not and the one-guard position has been especially struggling ever since Kemba Walker started slow and then was ultimately shut down for the rest of the season. RJ Barrett for all his promise also needs to work on his shot selection and for all the energy, hustle, and all-around props that Julius Randle brings to the floor, his relationship with the Franchise is in dire straits at this point. The bench has been awful and Immanuel Quickley shows glittery performances but like the rest of the team, disappears during many games.

Trail Blazers are too hurt

The Trail Blazers have lost six out of their last seven games, a window that has not put them farther away from the Play-in tournament. The team started even at a worse note than the Knicks and even when they had their original core of Lillard, McCollum, Powell, Little, and Nurkic active, the wins were far and few. However, the duo of Nurkic and Simons alongside Hart and Winslow enabled the team to a four-game winning streak but the injury galore has haunted the team all season long. First, the team lost their leading scorer and playmaker Lillard, and then it became only worse.

While Hart has had a couple of 30s and 40s points performances, he doesn’t have much support from others, considering the team is virtually fielding a second or third-string squad. Apart from Lillard, rising star Simons, veteran guards Ingles and Bledsoe, another rising player in Little, and worst of all their star Center Jusuf Nurkic has been out and seem to remain out for the foreseeable future. Watford, Elleby, and Eubanks have given some more than decent rebounding and Watford has been rather impressive offensively but Portland is just too short-handed. If the team had their major players active they could have cruised through what will be one of the easiest schedules for any team.

Assuming these players are active, these are my player-based props predictions:

Points Range: Surprisingly, at home, the Knicks have struggled more on offense than they have on-road and perhaps the constant jeering from the crowd has disrupted the rhythm of the players. At home, they are usually in the 100-108 points range while even their defense has struggled to stay afloat. On the other hand, the Trail Blazers have been a pandora box at the scoring end and with the lack of multiple shotcreators, they have been held under 100 too, however, in the last two games, the team has scored 113 or more on the back of Josh Hart so perhaps their scoring is flowing better. However, I see a low-scorer here, the total points range being 210-220.

Prediction: Although the Knicks have been definitely one of the worst home teams lately, I see them coming with a much better effort here. Even if the stakes are not high considering how the team has been falling out of the Playoffs contention, they have more depth than the Trail Blazers. This is why I believe the Knicks will beat the Trail Blazers 117:102 here.