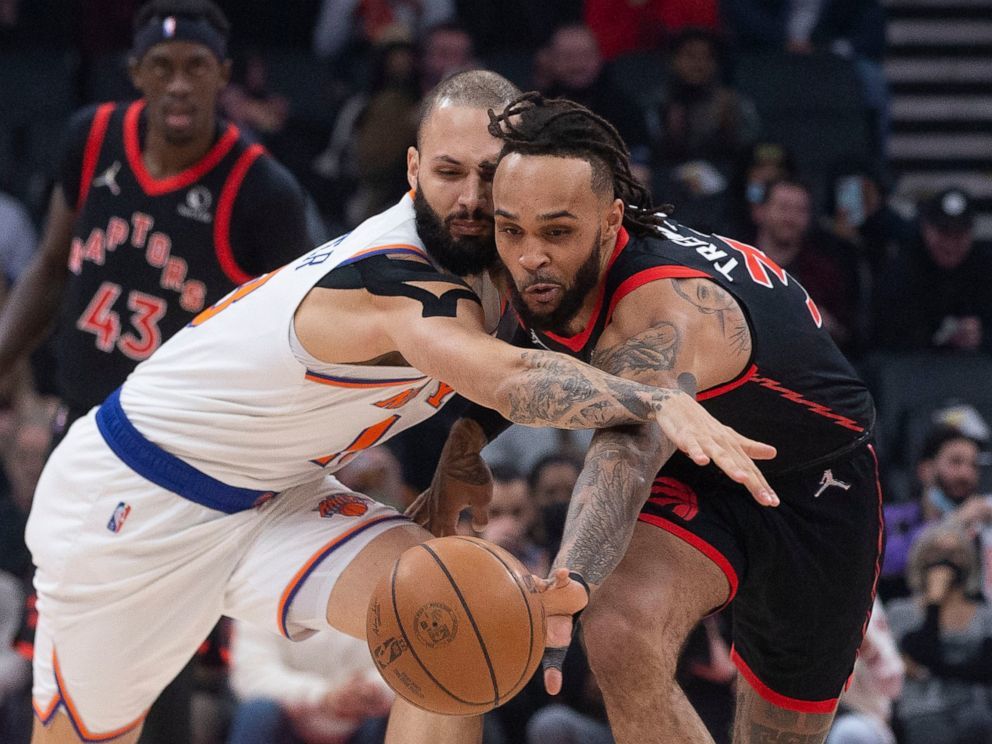 This will be the last leg of the NBA Regular Season games and what a slate we have at our disposal. The Eastern Conference has seen Miami Heat get at the top and there are a lot of other teams entering as the hot favorite to win it all. One of the teams that will be contending will be the Toronto Raptors and they will take on the New York Knicks here.

The Knicks have work to do in the Offseason

The Knicks will finish as the bottom-five squad in the Eastern Conference and their season was a big disappointment overall. They entered the season with a veteran squad that was expected to at least finish in the top-six but guards Kemba Walker and Evan Fournier failed to deliver. Perimeter shooting remained a concern throughout the season while the team struggled to get quickly into their offense. Thus, the team will need to bring in some strong playmakers and shooters during the offseason.

Julius Randle didn’t have a disappointing season by any metric but it surely wasn’t as good as the last one. RJ Barrett continued to grow but he needs more efficiency around him so he doesn’t have to force bad shots. Immanuel Quickley, a Knicks’ fan favorite has shown promise as an effective ball-handler in the pick-and-pop/roll situations but he will need to showcase improvements. Obi Toppin has had some big games recently but he has plenty of work to do. What direction with the Knicks take in the offseason?

The Raptors are an elite defensive unit

The second half of the season saw the Raptors become an amazing team. Recently, they also improved their home win count and they have been able to counter elite teams throughout the season as well. Now that the home record is corrected, the team looks difficult to beat because of how much intense their gameplay was during away from home games. The defensive unit that features Chris Boucher and Scottie Barnes has been especially menacing with Center Boucher’s ability to play defense at the perimeter.

Pascal Siakam has been on a mission and he upped his game during the 2019 Raptors championship run and is bound to do so again. Anunoby, Barnes, Van Vleet, and Gary Trent are all two-way players as well and this team is full of players that can perform multiple functions and have transcended the position-based basketball. This team symbolizes the modern game but Boucher and Achiuwa also signify the value of big men in the league as rebounders and defenders.

Points Range: The Raptors have been hurting all sorts of teams on the defensive end and there is no doubt that they are one of the most menacing teams on that end these days. What makes Raptors special is that all of their players are capable perimeter defenders while they can be tough inside as well. Offensively too, they have a ton of shotcreators and with Pascal Siakam as a versatile Forward, they can wreak havoc. The Knicks will be without key players here and will deploy Quickley as their major ball handler and his quick hops can allow Obi Toppin to get open looks. I believe the Raptors can still shut down most of the offense and the total points range seems to be 220-230.

Prediction: The Raptors enter as the favorites here and they clearly can be highly effective on both ends. They are a superb away from the home team and they have bigger goals than the Knicks, they are surely in the hunt for a championship considering how much they have improved recently. I believe they will win this 119:106.