New York vs Atlanta: Knicks to tie the series 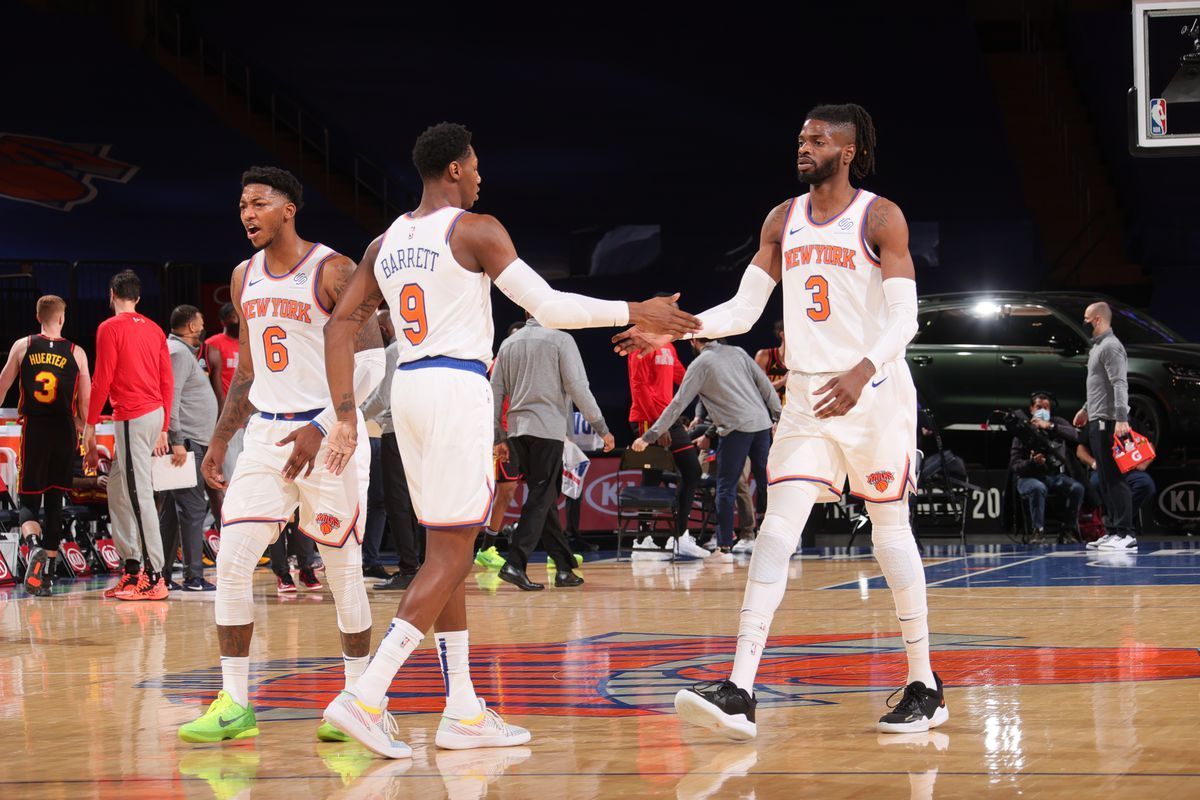 The Knicks and Hawks series promise to be very tough. The first game confirmed the prediction as the winner was determined only at the end. Atlanta snatched the hardest victory at Madison Square Garden. Will Tom Thibodeau’s team be able to please their waiting playoff fans in the second match? Let’s choose several bets at once.

The Knickerbockers showed amazing defensive skills in the regular season, finishing the championship in 1st place in overall defensive efficiency with 104.7 points against their opponents and 3rd place in defense per 100 possessions with 108.2. Defence alone, while crucial, won’t be enough for playoff success. We need something else, some kind of backup. And New York have it despite losing the first match against Atlanta.

Of course, we’re talking about Derrick Rose. The most valuable player of the 2010/11 season is back under Tom Thibodeau, and once again doing his best to make the playoffs. Then in 2011, the Chicago Bulls with Rose reached the conference finals. Thibodeau, on the other hand, was named Coach of the Year. How will it be this time?

In the first game of the series against Atlanta, the Knicks got off to a poor start, losing -11 throughout the first half, but they evened the game out. Tom Thibodeau’s team had a long lead in the 4th quarter but gave up the lead in the end, 105-107. New York were unable to stop Trae Young with 32 points, 10 assists and 7 rebounds in just 35 minutes. For the Knicks themselves, Julius Randle failed. The brilliant forward scored 15 points in the regular season but was terrible on 6 of 23 shots. Alec Burks was the top scorer with 23 points.

Atlanta must go the extra mile

The Hawks have won an important victory. The first match, of course, decides little, but psychologically it means a lot for Atlanta without a doubt. First of all, this is the first playoff game of Traе Young’s career, and as a defender, it should strengthen his confidence. In addition, head coach Nate McMillan could also use some confidence. The experienced coach is in his 17th season in charge but the playoffs are a stumbling block for him. Only once has McMillan reached the first-round hurdle, in 2005 with the Seattle Supersonics. That was so long ago that there isn’t even a team like that now. Then, with both Portland and Indiana, although there were plenty of attempts, he never made it even to the second round.

The Knicks have potential where they can add. That includes their defensive work as 107 conceded points is a lot for a team from New York; and, most importantly, the effectiveness of their offensive leaders. Julius Randle has already been mentioned, but after all, RJ Barrett scored only 14 points on 6 of 15 from the game.

Atlanta cannot be called an unbeaten opponent. The roster certainly looks strong, but it’s far from certain that Trae Young will be able to maintain his first-game level throughout the series. Collins, Bogdanovic and Huerter have also never played in the play-offs before; Lou Williams has played very little, and just Gallinari and Capela are not enough. Also, there is some kind of the first-round curse on Nate Macmillan as well.

The Knicks must win the second leg. They must not offend the Madison Square Garden crowd with two defeats at the start of the play-offs.