New York vs Toronto: It won’t be easy against the Knicks 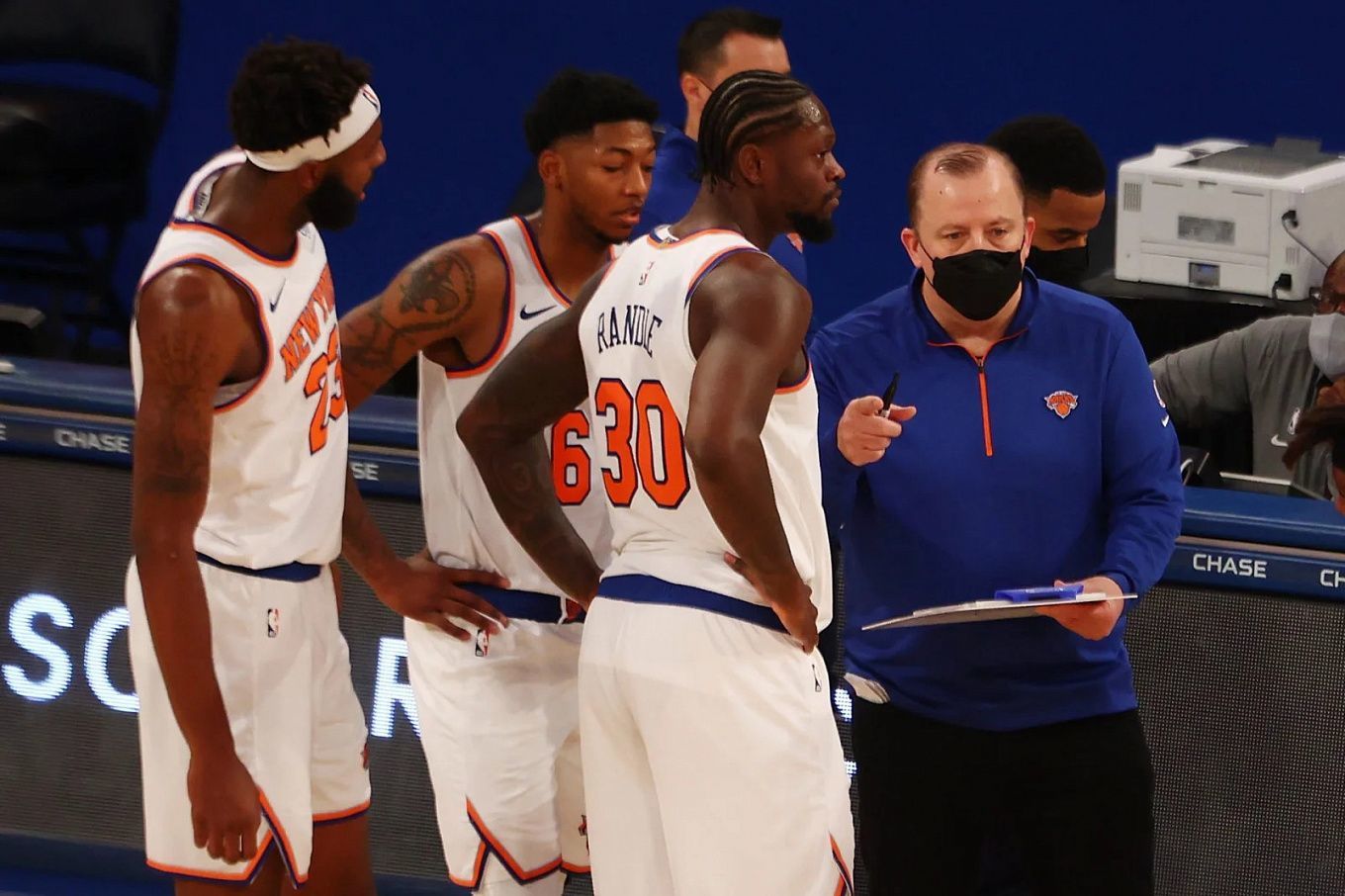 The New York Knicks are off to a flying start and show they’re ready to take on the biggest challenges. Tom Thibodeau’s team will play in their home Madison Square Garden against the Toronto Raptors. Will the Knickerbockers manage to outplay the tough Canadians? We’ll pick a few options to bet on at once.

In the offseason, the Knicks powerfully strengthened the roster. The team had great success last season, finally making the playoffs, and are ready to progress further. Kemba Walker and Evan Fournier are great additions. They’re true professionals with a lot to prove. If you add legendary Derrick Rose, experienced Alec Burks, and talented Immanuel Quickley to the mix, you have a potentially very versatile backcourt. Both offensively and defensively. The Knicks were already doing well with the bigs - Mitchell Robinson is back from injury, Nerlens Noel is coming soon, and Taj Gibson is still useful on the bench in limited minutes. And then there’s Julius Randle, who can also play number five if necessary.

Toronto are also capable of making some noise

Nick Nurse’s team is back in the big game. Unfortunately, last season was a lost cause for the Raptors due to the Canadian authorities not opening the border with the US because of a covid until the very last microbe. The homeless found shelter in Tampa but never managed to feel at home there. The Raptors’ failure to make the playoffs was solely due to that fact.

From the very start of the new season, the Canadian team began to prove their mettle. Toronto won 4 out of 7 games and 3 in a row ahead of New York, twice over Indiana, home and away, and over Orlando. Based on the stretch, it’s worth noting that Toronto are still the same coached team with a colossal set of defensive schemes, Anunoby, Van Vleet in the lineup, and now also Goran Dragic. It’s just a shame that Pascal Siakam has broken down. One of the most progressive players of recent years is predicted to be out for six months.

Toronto should not be written off. Nick Nurse’s team has proven time and again that they are capable of finding and converting an advantage in any small detail into a result. So even with their current not-so-powerful roster, the Raptors are sure to contend for at least the wild card. However, beating New York away right now is unlikely to be an option for the Canadian team. By all appearances, the Knicks are already among the conference’s top contenders. Toronto and Brooklyn, and Milwaukee will have a tough time facing Tom Thibodeau’s team.