Oklahoma City Thunder vs Denver Nuggets: Can Thunder win three in a row? 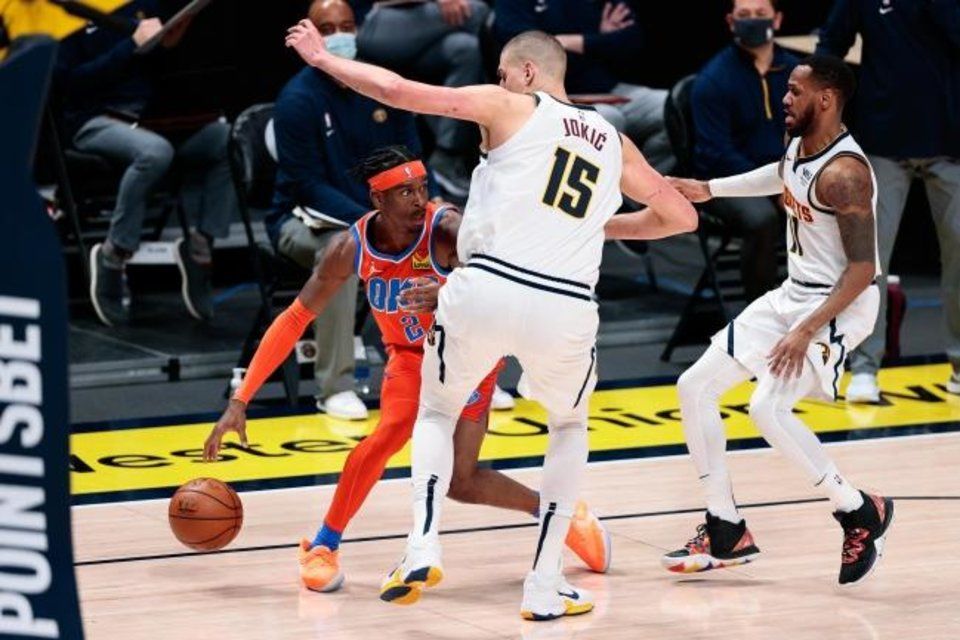 COVID-19 and injuries are two deadly combinations that have battered multiple teams. With COVID-19 raging, we have seen as much as seven games being postponed and the league is forced to allow teams to sign multiple ten-day deals. One of the teams here in Oklahoma City Thunder has been largely uninjured(touchwood) and has also not seen a COVID-19 outbreak yet(touchwood again). On the other hand, the Denver Nuggets have had their hands full with injuries but with Jokic at the helm, they have remained formidable. Thunder has ten wins in 29 games while Jokic and co. have won 15 out of 29. Can the Thunder keep it close and edge out a sturdy opponent in closing moments again? To have a quick look, jump to “Notes”. For, game result and total prediction, dash to “Expert Betting Tips”. To have a more comprehensive idea about the two teams, keep reading.

Thunder has played it close: The last three games for the Thunder have been decided within three points or so. The team won two of those games and lost one due to a ridiculous 60-feet buzzer beater by Devonte Graham in the Pelicans battle. It implies that the young team is battling hard and has shown nerves of steel recently. Usually, the team has been blown away against teams with better record but the recent fightback shows its potential. Thunder has won four of the last seven games and for a team that had lost eight in a row, that is more than decent.

Nuggets like high-scoring games: Denver has been on average a better scoring outfit than the Thunder, especially with Nikola Jokic in the lineup. The team has scored 111 or more in four of the last five games including a 133 points game against the Hawks. On the other hand, the team has also allowed opponents to stack up 112 or more in four of the last five games and teams have been able to get past 110 or so regularly against the Nuggets especially since Michael Porter Jr. has been down with an injury. While they are a better offensive team than Thunder, the latter is slightly better at the defensive end.

Points Range: Nuggets last five games have fetched totals of 248, 231, 220, 239, and 234. Thunder’s last five games have totaled 201, 207, 223, 187, and 211. You can see which team has engaged in high-scorers more often than not. Denver’s offense can switch on for 110+ more often than not while the defense can allow the same number. The Thunder's offense finds it tough to get there especially when Shai Gilgeous-Alexander is struggling. I have a doubt that the Thunder team will be comfortable with a game that will go past 230 points in total. Anyway, I think the Thunder can stop the Nuggets below 112 if their defense plays like it has in the past two games. The Total Points range I feel is 215-225 here.

Prediction: Phew, you’d think the Thunder can be switched on considering the outfit has won two in a row. On the other hand, the Nuggets have been playing some decent ball too and whenever you have a player like Jokic, you can edge out the opponent on many nights. All in all, I think that the Thunder defense will have trouble containing Nikola Jokic and on the other hand, Shai Gilgeous Alexander, Dort, and Giddey can give fits to the weakened Nuggets defense. Still, I go for the visiting team here and I believe the Nuggets will win this 112:106.