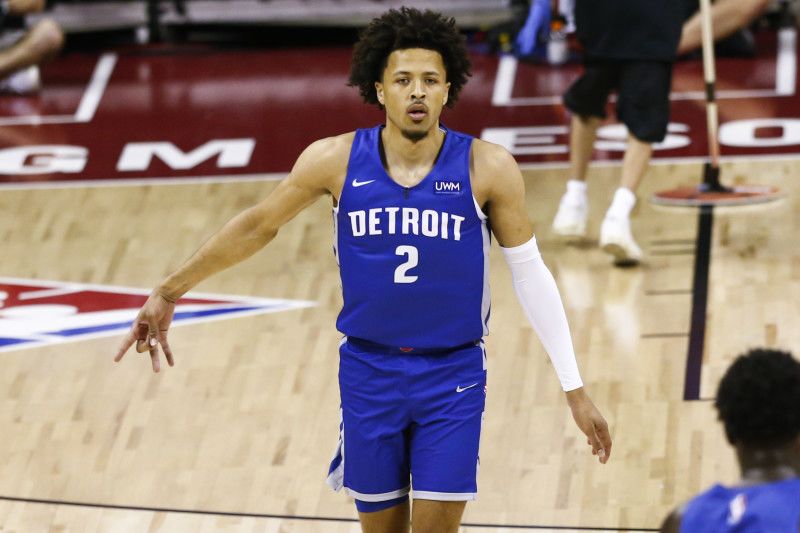 The NBA Regular Season is heading towards the Playoffs territory and we have seen a bunch of close battles already. This has been a fun season like any other and the current window is crucial for teams that are looking to solidify their rankings or are looking to land a Play-in tournament spot. However, for some teams, the season is pretty much over and the remaining period is rather an audition for roles in the next season. And in one such game, the Oklahoma City Thunder will host the Detroit Pistons.

It always felt like the Thunder were going to struggle this season and unsurprisingly this team has been out of any sort of postseason contention since the beginning of the season. The management has decided to pretty much rule out all of the main rotation players for the season and it means that the team’s season is pretty much done and many Thunder fans have been anyway looking forward to the next season. The team does have some promise with a high-scorer like Shai, an all-around Guard in Giddey, a two-way wing in Dort, a defense-centric Jeremiah Robinson-Earl and a strong two-way Center will help the cause of the team.

Pistons have developed something substantial

The play of the Pistons since the All-Star Break has been highly impressive. The victory against the Embiid and Harden-led 76ers has to be the highlight of the season as the team held the title contenders below 100 points. With a performance like this, you can gauge the growth of the Pistons that was being blown out by oppositions game in and game out. This improvement indicates that the Pistons are just one or two players away from at least making a Play-in run next season. The rebuild can take the right direction next season if the team lands a great pick in the draft and bring a quality perimeter shooter to the fray.

Points Range: At this point, the Thunder is playing with a third-string unit but the team has shown fight despite missing all of the key players at this point. This has opened avenues for players like Olivier Sarr, Alkesej Pokusevski, Lindy Waters, Aaron Wiggins, Vit Krejci, and Isaiah Roby to test the waters and potentially audition for bigger roles. On the other hand, the Pistons have been one of the worst offensive teams but their defense has been top-notch lately. Cade Cunningham, Saddiq Bey, Cory Joseph, Isaiah Stewart, and Killian Hayes have been getting the job done these days for sure. I see the Pistons coming up with a strong effort but this can be a low scorer. This can be a game in the 210-220 points range I feel.

Prediction: The Pistons defeated the Sixers in the last game, so that can bolster their confidence heading into this game. The Thunder doesn’t match up well to the more proficient and better team chemistry for the Pistons. If the Pistons field at least Cade, Saddiq, Isaiah, and Hayes, I do see winning them 113:103.