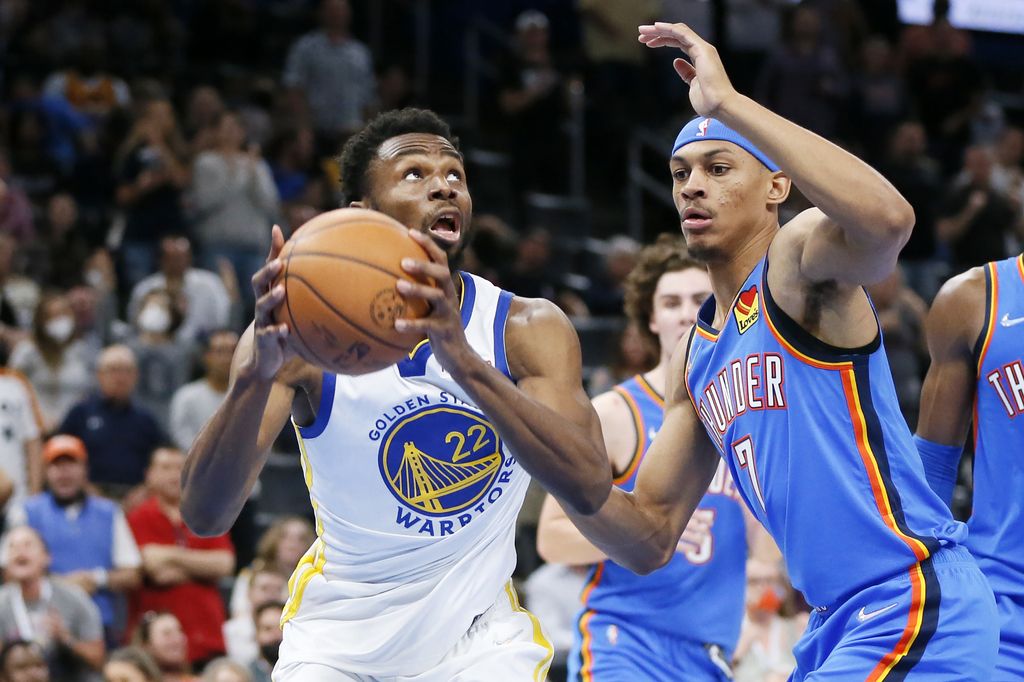 NBA’s trade deadline is near and well, this is a busy period for management and players alike. We have already seen two major trades and it'll not be a surprise if more of them are pulled off in the upcoming days. There are various reasons for teams to engage in trades because either some teams are looking for a fit to fetch wins this season or they make some cap space to get under the luxury tax, basically implying an easing of financial burden. There are also players who like to pursue a change of scenery to perhaps get in a more winning or comfortable environment. Anyway, let us now jump into the game between the Oklahoma City Thunder and the Golden State Warriors.

The Thunder has lodged 35 losses and just 17 wins, which implies a struggle throughout most of the season. The team did win three in a row before losing to the Kings in the last game but yes, the team has fought well without their leading scorer Shai Gilgeous-Alexander. Coming to the scoring section, the Thunder has been highly inefficient and their lack of scoring at multiple positions keeps on hurting them. With Dort questionable for them, can Giddey score more than 20 points here?

The Warriors have been mounting a great season and are the only two teams in the league with 40 wins. They have been on an eight-game winning streak and the most interesting part is that they did so without their leading defender and playmaker Draymond Green. Stephen Curry is obviously one of the best players in the league but the overall depth of the Warriors set a high bar for oppositions night in and night out. The Warriors hold the second-best record in the league and are heading for a grand finish in the Regular Season. Can they take care of business against Thunder in a game where they are overwhelming favorites? For my game total and result prediction, jump to “Expert Betting Tips”. For my player-based statistics prediction, hop over to “Player Performance Prediction”.

Thunder has shown some promising signs

While it is true that compiling twice more losses than wins is surely not an encouraging picture, the Thunder has shown some incredible defensive discipline game in and game out. The team has pieced together a team that values hustle and that is a great sign in the long run. Oklahoma City didn’t enter the season as a candidate for making a Playoffs run and was slated to do as they are doing right now. Mark Daigneault, the head coach has built a great defense-oriented culture and the team has a long way to go but yes, the next draft will play a big role in the direction they will take(presumably).

Luguentz Dort(Questionable) has been keeping the Thunder afloat at the offensive end and he is a wonderful two-way wing. Meanwhile, Josh Giddey’s growth is superb as a rookie and he has the potential to become an effective all-around player. Apart from him, another rookie Tre Mann has shown some scoring potential but his shot selection is a work in progress. Darius Bazley is an enticing big Forward but yes overall, the big Forward and Center position is vulnerable. However, the rest of the positions are highly vulnerable and the team lacks the scoring depth to pull through at this point.

The Warriors have won eight in a row and after a tough mid-January window, they are back to their old ways in the season. The team did a fabulous job of taking advantage of a lengthy home stretch and that is what you need to do if you need a high-yielding record. The team will jump into affairs after a three-day rest and a fresh Warriors does look like a scary team. Their upcoming games are not against the high-ranked teams and whoops, watch out for a lengthy Warriors streak. The Warriors had made incredible adjustments since Green has been out and since Klay Thompson has been back.

With Stephen Curry and Klay Thompson, of course, you have a winning backcourt as they can rain down three-pointers and also score in a myriad of ways. A guard back-up like Jordan Poole is not only a great cover for injury to these guards but brings a lot of substance off the bench. Andrew Wiggins is a solid two-way wing and he knows how to adjust to the opposition’s game plans well. Kevon Looney has picked up his rebounding and help defense with Green out while a bench that consists of Kumionga, Lee, Payton II, Toscano-Anderson, and Moses Moody presents various covers for injury. Otto Porter Jr. and Andre Iguodala can also return for this game and oh boy, is Warriors a deep team or what as Otto Porter Jr. brings two-way chops and so does Iguodala.

Points Range: Warriors have scored in the 122-130 points range in five of the last six games, which has been their best offensive output since the beginning of the season. With Curry, Thompson, Wiggins, Poole, surrounded by a bunch of slashers, perimeter shooters, and quality passers, the Warriors can field an effective scoring squad. On the other hand, the Thunder doesn’t have the similar luxury with their lack of scoring options and shot creators with Shai out and if Dort misses out on this game, they are sure to struggle big-time.

Defensively, the Warriors have not been holding teams under the 103 points mark as much as before and that is due to the absence of Draymond Green. Still, they enter most games with a strong defensive squad and if Otto Porter Jr. is back, they will have a stronger defense than prior games. The Thunder has been strong defensively but I believe they will not be able to stall the well-rested Warriors below 110 while I see the Warriors restricting the Thunder below 105. I see the total points range as 210-220.

Prediction: The Warriors will enter the game on an eight-game winning streak and their offense has found its grip again. I believe they will click on a bunch of threes in this game and break the Thunder’s defense early in the game. On the other hand, I think the Thunder will struggle offensively and shoot around 40% or below that mark. I see the Warriors taking apart Thunder here with a 117:99 scoreline.