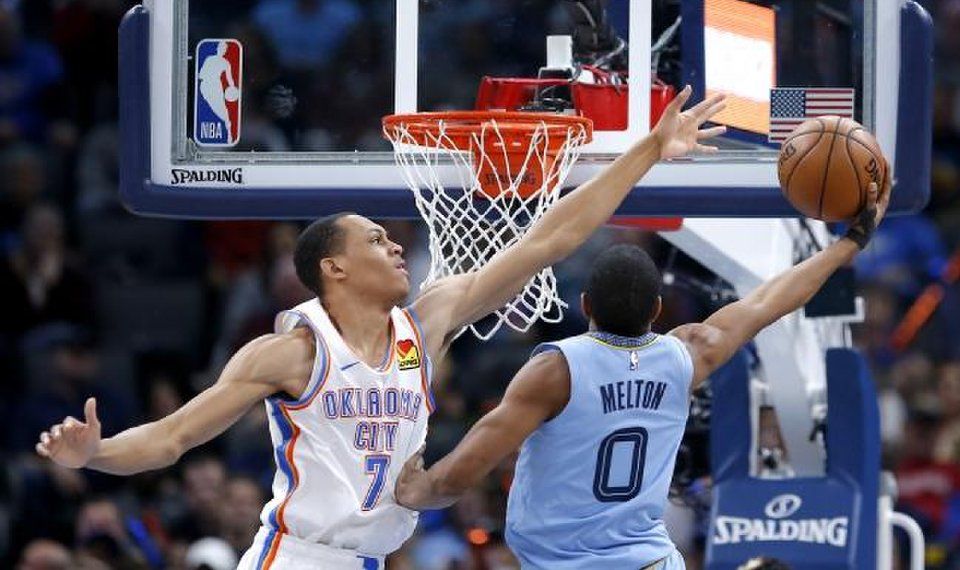 NBA Regular Season will close out soon and soon we will be around the Postseason window, there is a lot of intensity around that time. The Western Conference of course fields a bunch of quality teams and in this Conference, the Suns have built a big-time distance at the top compared to others. As the fight for the top becomes out of reach for the rest of the teams, the race to the second spot is delicious with the Warriors and the Grizzlies fighting it out. And here the Memphis Grizzlies will take on the Oklahoma City Thunder.

The Thunder is on a four-game losing streak and the team has lost 46 games and just has 20 wins. The squad has lost four or more in a row six times this season and this is not a surprise considering that the team is young and highly inexperienced. The Thunder has been dealing with a bulk of injuries. Rookie all-around Guard Josh Giddey(Rebounding and assists leader) has been out and will remain out indefinitely whereas defensive dynamo and the second-best scorer in Lugeuntz Dort has also been ruled out for the season. Jeremiah Robinson-Earl has been sidelined for a long time too while Ty Jerome and Kenrich Williams have also been sidelined. So, the bulk of load now lies upon Shai Gilgeous-Alexander to propel the offensive side of things.

Grizzlies are cruising throughout the season

The Grizzlies have collected 46 wins and 22 losses and are in a tight race for the second spot against the Warriors. They have won five out of the last nine games, which is way down compared to their usual output but the team has been racking 10 wins in a row time and time again. And don’t be surprised if they go on such a lengthy winning streak again because the upcoming schedule looks a little lax. They are mostly going to play sub-50% win teams and it is clear that with the way they have played, they will be favorites for most upcoming games. And as of now, they have the same record as the Warriors, and well, they remain favorites for second place.

Thunder’s lack of options: The Thunder has been rather too reliant on Shai Gilgeous-Alexander to produce the bulk of the offense and the burden has only multiplied since the absence of Dort and Giddey, two players who could at least share the ball-handling duties. The team is losing against packed offensive teams time and time again and except Shai, the team lacks a substantial shot-creator. Bazley and Roby have given some decent minutes while Aaron Wiggins has done well too but overall, the team lacks the scoring intent as of now.

Grizzlies have no lack of options: Let alone having a high-yielding scorer and playmaker Ja Morant, the Grizzlies are stacked even if we take him out of the play. Desmond Bane can knock down shots from outside at a high clip, Steven Adams can grab offensive rebounds at a high clip. Jaren Jackson’s offense has been a bit down but that is due to him concentrating on the defensive end. Meanwhile, off the bench, the scoring flow ceases to stop with Melton, Jones, Anderson, and the most effective slasher from there in form of Brandon Clarke.

Assuming these players are available, below are my player-based stats prediction:

Points Range: The Grizzlies have been miles ahead on the offensive end compared to the Thunder even when the Thunder had Giddey and Dort. They have scored 115 or more regularly. On the other hand, the low-scoring Thunder has usually figured in the 100-105 points range these days and can face a ton of challenge from the Grizzlies’ defense, a team that turns the knob on especially against teams like Thunder. The Thunder was a strong defensive team with Dort and Giddey but their defense has certainly fallen off to a with a depleted team, usually giving away 120+ these days, and well, they will be up against an elite team on offense here. I see the Grizzlies scoring at least 118 while limiting Thunder in the 102-106 points range. The total points range can be 220-230.

Prediction: The Thunder has an advantage on almost all positions except perhaps the match-up between Shai and Ja is looking evenly matched. The Grizzlies have a deeper bench, more shotcreators, and a unit that has developed brilliant team chemistry. So, yes, the Thunder can be severely outmatched here by the Grizzlies, and perhaps, the Grizzlies will win this game 123:105.