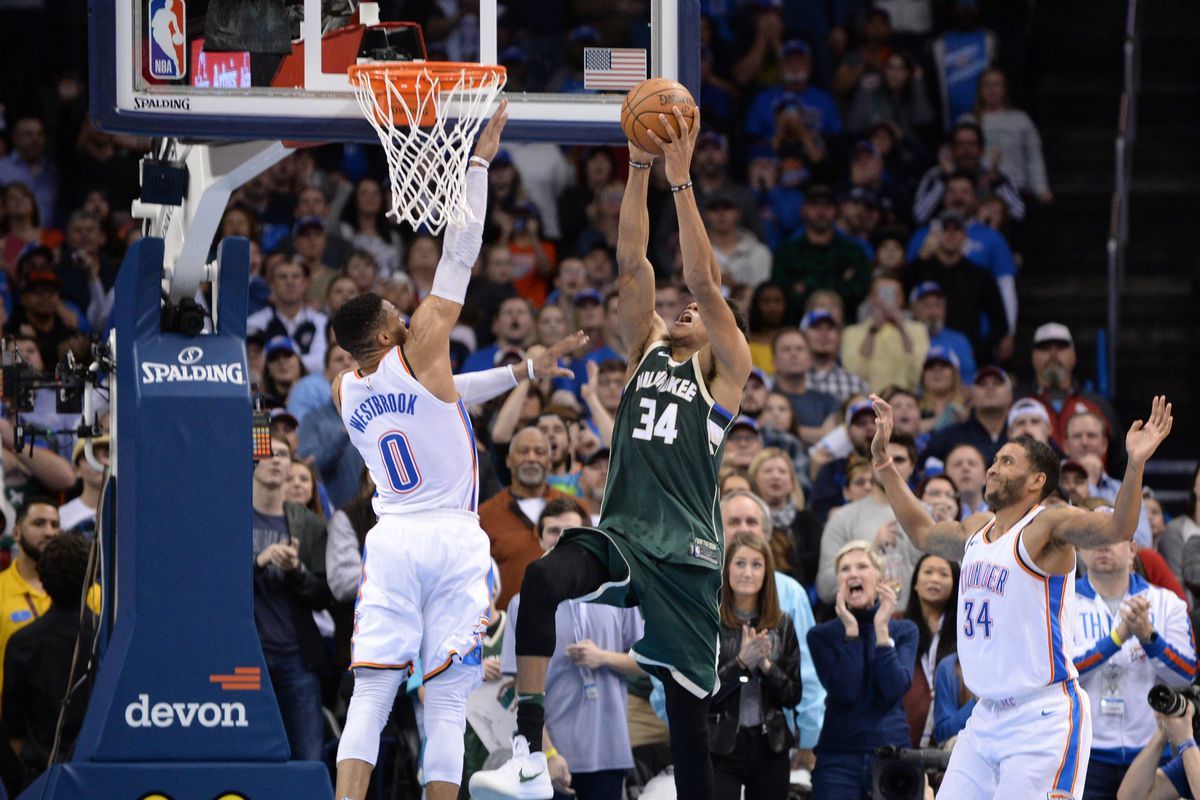 The Milwaukee Bucks host the rebuilding Oklahoma City Thunder in a cross-conference affair. The Bucks are a game below 50% win record but injuries and COVID-19 has eaten much of the early campaign. The Thunder are two games below the 50% win mark but they have done an admirable job for such a young team. Can the Bucks pull off another upset this season? For a quick overview, head to the “Notes” section.

Lost without Khris: Despite having the reigning Finals MVP in Giannis Antetokounmpo and two-way stalwart in Jrue Holiday, the Bucks require the services of Khris Middleton to be an effective unit. The team is 3-5 without Khris and in three of the losses they struggle to even put up 100 points. It is clear that Midleton gives the Bucks impetus on both ends of the floor and in the last match-up against the Lakers, he made some key shots after a late start. The Forward duo of Giannis and Khris provides this Bucks team an identity

Surely wins will follow: Giannis leads the Bucks in points, assists, rebounds, blocks, and steals but his Bucks team has given up 112-120 points quite a lot of times recently. With Middleton back and Holiday, Grayson Allen forming a formidable backcourt, the Bucks are going to go on a big run sooner than later. It will be an injustice not to mention the absence of stellar Brook Lopez, who is the last line of defense and also provides the team with some top-notch scoring and rebounding. When will Lopez return?

Oklahoma City Thunder: The young core should be applauded

Easy schedule has helped the team: Thunder has won five of its last seven games, all against teams who are struggling right now. However, a win is a win and considering how the squad is itself young and lacks depth, the efforts should be applauded. Except for a loaded Brooklyn who poured 120, the team has limited opponents to scores of 89, 103, 103, 94, 104 which means defense is something where coach Mark Daigneault keeps the team honest. The Thunder has a solid foundation right now.

Scintillating young players: Rookie Josh Giddey has been inspirational for the team, leading the team in assists in 9 of the 14 games so far. Shai Gilgeous-Alexander and Luguentz Dort combine for around 38 points per game and Dort has come up big recently. However, apart from these two, the rest of the players struggle to reach double figures mark consistently. The Thunder has a thin and inexperienced bench and overall, the squad seems to be heading for a 25-35 wins season.

The Milwaukee Bucks are a clear favorite in this bout. They are more experienced, have a deep bench, and are the defending NBA champions. Despite the minor difference in the win records, Milwaukee has a distinct advantage and with Middleton back in the mix, the team can go on a blitz.

Prediction: Bucks will blow out the Thunder.