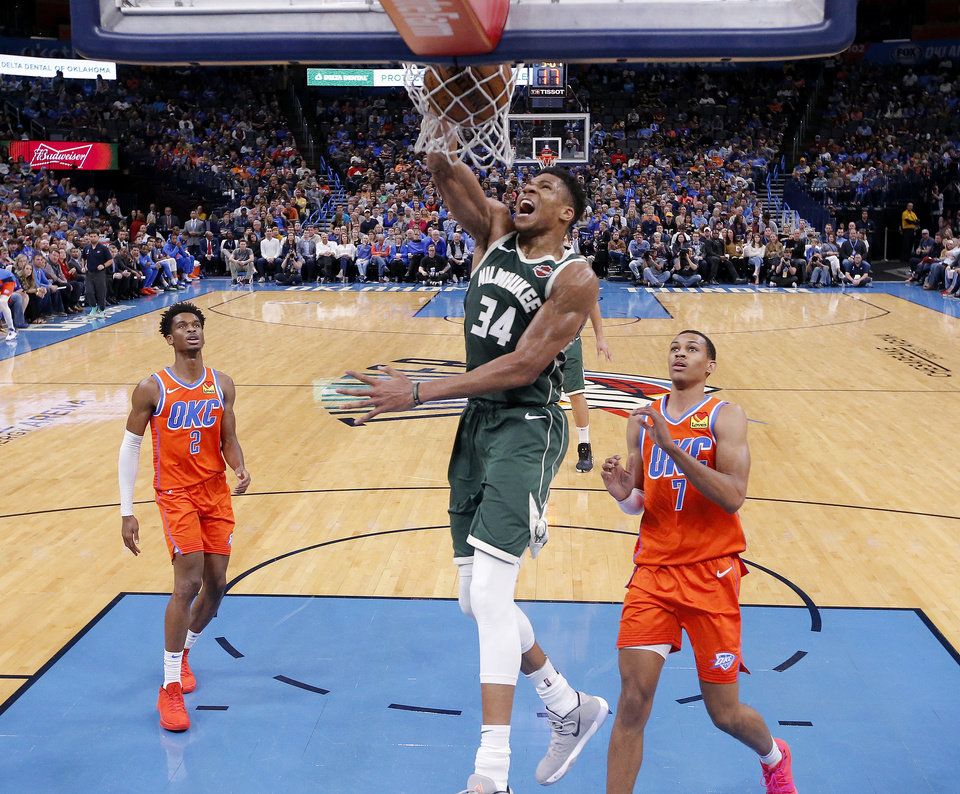 NBA betting is a tough business because even if you conduct a thorough analysis, examine the recent trends and try to paint a detailed picture, the margins are slim and the season is long that produces a lot of varied results. The betting scenario is not only about predicting the winners and there are a lot of other variables such as total, player props, or the handicap that come into play. A missed basket, a made free-throw, and much more can make for losing or winning bet. So, yes, even if I give suggestions that come up with decent detail, there is no guarantee that it will hit the mark. With that in play, let us jump into the fixture between Oklahoma City Thunder and the Milwaukee Bucks.

The Thunder has been one of the most struggling teams all season long and they have one of the worst offensive lineups in the league. The team has only won 20 wins and has lost 44 games, losing the last two home games. While Shai Gilgeous-Alexander has kept the heat up and the team has been playing hurt for most parts recently if we take into account the injuries of Dort and Giddey. On the other hand, the Bucks have been continuing their winning ways as the title defenders. They have lodged 40 wins and 25 losses, clicking on multiple levels. They have won four in a row and all of those wins have been against strong squads so you can see that the Bucks have hit their hot spell. With the way Middleton, Giannis, and Holiday are playing, the rest of the East surely must be wary of the defending champs that will surely turn it on during the Postseason. Can they take care of the business against young Thunder? To know my game total and result prediction, slip to “Expert Betting Tips”. For my player-based prediction, go to “Player Props Prediction”.

The Thunder has been among the worst offensive teams in the league. The team lacks a high-quality three-point shooter and while Shai has been a dynamic scorer, he isn’t an efficient long-range bomber. Dort hasn’t been that efficient from the three-point line while GIddey is still figuring out the offensive side of things in the NBA. However, the core of these three has shown immense promise. Apart from that, the Thunder defense was amazing when they had the lineup of Shai-Giddey-Dort-Robinson(Earl) that was disruptive in containing fastbreak points and provided an athletic edge over the older teams. However, the Thunder rebuild still is missing a strong scoring frontline and that can be the prerogative of the management moving forward.

Bucks have a strong unit

The Bucks are the defending champions and it will not be a surprise if they crack the code to at least Eastern Conference Finals appearances. With Giannis as the rim-rattler, Middleton as an all-around scorer, and Holiday as a highly experienced and high-yielding PG paired up with an intimidating Center in Bobby Portis, the team has developed a high-octane team that is surely a handful due to the availability of many offensive options and players who are also willing passers. The team remains in the hunt for the top spot in the East while notching a top-three rank is also not out of the question but East has shown tremendous growth this season and the Bucks can face more challenging outfits this time around that can push them to the brink.

These are my player-based statistics, assuming these players are available:

Points Range: The Bucks are lightyears ahead of the Thunder in terms of the offensive production and they have terrific shot creators, premier playmakers and four of their main five players have plugged in big nights in tandem. On the other hand, the Thunder has struggled to even go past 100 during many nights, and even though they can get a decent amount of chances against the Bucks team that can play a shootout type of game. However, even in those scenarios, the Thunder has fallen flat. I see the Bucks scoring at least 120 points while the Thunder being limited under 110. The total points range seems to be 220-230.

Prediction: Giannis Antetokounmpo will give the Thunder defense a lot of hiccups and they do have the size and athleticism up front but he is just too powerful when going up for his layups and dunks. The Thunder doesn’t have the same skillset on the offensive end and only Shai has been a consistent offensive option for them throughout the season. This is why I believe the Bucks will win here 122:107.