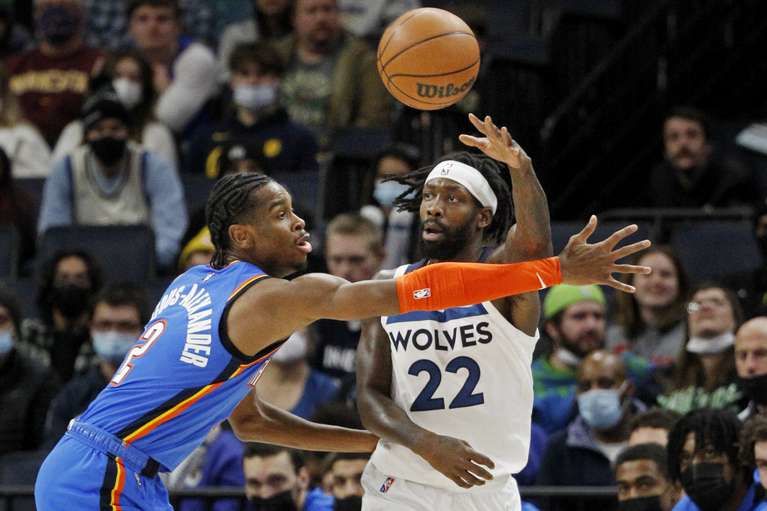 The Playoffs are nearing each day and the postseason usually brings more intensity to the floor and high-quality play. This is also the most exciting period for various NBA fans because it marks that we are heading towards the championship round each day. With the Playoffs shaping up, the race in the Western Conference will also pick up as multiple teams are vying for the last few Play-in tournaments. So, let us jump into the match between the Oklahoma City Thunder and Minnesota Timberwolves.

The Oklahoma City Thunder has won just 20 games and has looped in a humungous 42 losses. However, they come in this game after a superb win against the Nuggets and have managed two wins in the last three games, playing a great brand of basketball largely due to the presence of Shai Gilgeous-Alexander. On the other hand, the Minnesota Timberwolves have grown at a big rate this season and they have garnered 34 wins and 29 losses, winning five out of their last seven games. The young Minnesota team is at the seventh spot and gets closer to the sixth spot on a daily basis. Can they win one here without their crucial wing player Anthony Edwards out of the rotation? For my game total and result prediction, jump to “Expert Betting Tips”. For my player-based statistics prediction, go to “Player Performance Prediction”.

The Western Conference has been labeled as tougher than the East for many years now but this season East has become deeper in terms of the Play-in race. The Timberwolves are at the top of the Play-in race, currently at seventh place in the West and the Nuggets are above them, still sitting with a comfortable margin. If the Timberwolves make a firm push they can catch up to the Nuggets and seize the sixth rank, but as of now, they look primed for the Play-in tournament. However, the situation is not that easy for the seventh spot because the Clippers have caught up to the Wolves and have just two more losses than the Wolves but an equal amount of wins. The Clippers are on a five-game winning streak and it seems like the Timberwolves need to heat up further.

With Anthony Edwards out, the Timberwolves can’t extract the match-up advantage that they’d have had because Dort has been the out long-term for the Thunder. D’Angelo Russell and Shai will square off the Point-Guard, an area where Shai can carve out an advantage but D’Angelo has been a huge contributor at the one-guard position and will not likely get heavily outmatched. One area where the Timberwolves can eke out a significant edge is the Center position where Karl Anthony-Towns can be a force and do a lot of damage inside. Isaiah Roby and Darius Bazley have done well as the bigs but if Jarred Vanderbilt plays, he can be a difference-maker too for the Wolves, Jaden McDaniels has done a great job as the big Forward. On the other hand, Patrick Beverley is an all-around guard while Tre Mann has improved considerably. Overall, I do give the Timberwolves edge largely due to Karl.

Assuming they are available, these are my player-props predictions:

Points Range: There is no doubt that the Timberwolves are a better offensive team than the Thunder. On the other hand, the Thunder has shown to be a tough defensive team while the Timberwolves need some improvements on that end. The Timberwolves offense can still tick on without Edwards and bench players McDaniels and Beasley have shown that they can ramp up their scoring. The Thunder has largely ridden on the hot hand of Shai these days but there have been some serviceable performances by Roby, Bazley, and Mann. I believe they will do a decent job of producing offense but I also see Timberwolves coming up big. The total points range here seems to be 220-230.

Prediction: Karl Anthony-Towns will be huge for the Timberwolves with Edwards being sidelined. Having D’Angelo Russell helps and Jaden McDaniels can act as the “X-Factor” while Taurean Prince has also shown promise at the wing. Oklahoma City is missing Giddey and Dort but they have won two out of three, one against a tough Nuggets team. I believe the Timberwolves will win this game 120:108.