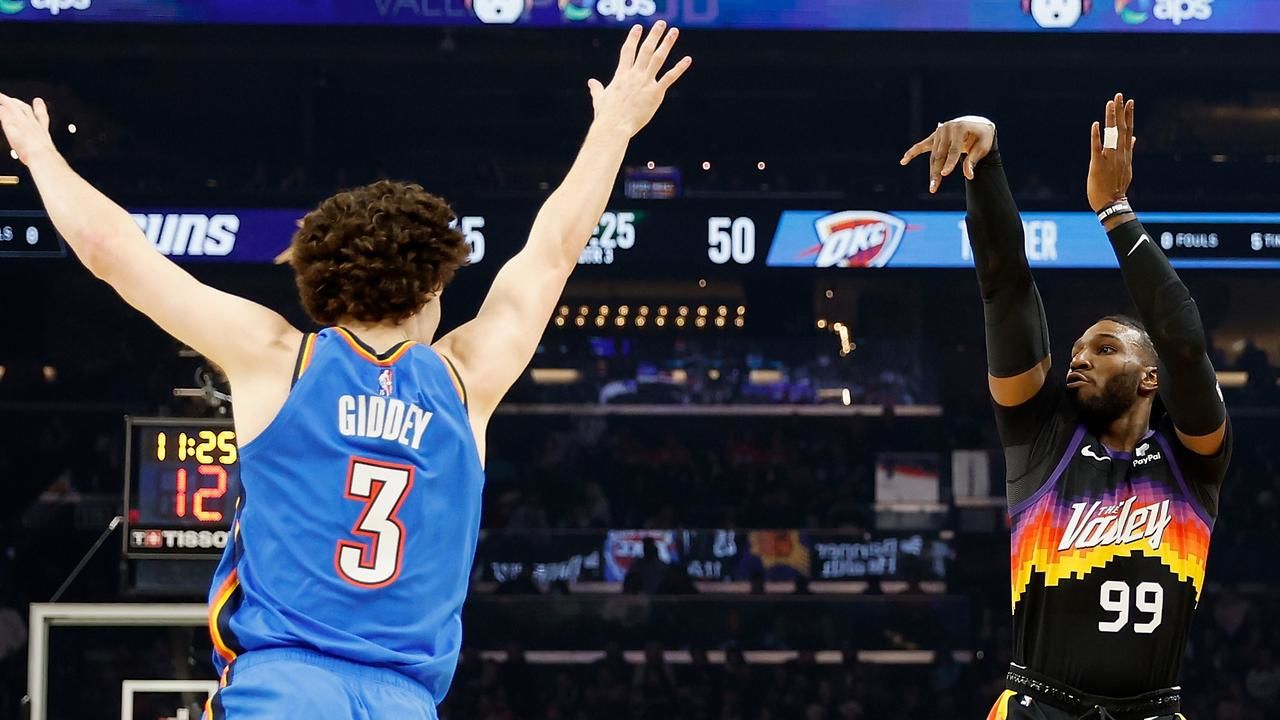 NBA betting is an incredibly tricky affair, a made free-throw, a missed shot, a combination of a whole lot of things can disrupt the balance in the score in terms of over/under, while the game result itself. And as the postseason will close in, some teams will make a desperate attempt to close out the gap and try to clasp a late Play-in spot or secure a top-six spot to avoid playing in the pre-Playoffs round. In the NBA, injuries also play a big role and can ruin the complexion of a roster, and as the Phoenix Suns, who will play here without Chris Paul run into the Oklahoma City Thunder, how will things turn out?

The Thunder has been struggling to go on big winning runs and the team has won just 18 games and has lost 40 games. The Thunder has lost six of the last seven games and usually, the team’s issues stem from the lack of offense more than anything. On the other hand, the Phoenix Suns have the best record in the league and their 48 wins and 10 losses record speaks for itself. However, they will be without their leading playmaker and a terrific closer in Chris Paul. Can Booker keep the team afloat without CP-3? How will the Suns respond in this game? For my game total and result prediction, jump to “Expert Betting Tips”.

The Oklahoma City Thunder has done a terrific job on the defensive end, making them one of the top ten teams in the defensive rating. The athletic squad has been prominent in terms of stopping the opposition’s fast-break points. The Thunder has had two huge issues, the squad is unable to stop second-chance points and the team’s offense can take a holiday, unable to click from deep range and being one of the bottom squads in terms of three-point percentage. With Dort out, the team’s wing position will be hurt. Darius Bazley has done well in terms of scoring and rebounding but with Shai-Gilgeous Alexander will be back and he will be huge in terms of scoring. On the other hand, Josh Giddey will be an all-around presence as usual but yes, don’t expect too many victories.

Chris Paul has been at the helm of transformations that made the Suns a Finals squad last season. He leads the league in assists and makes the other Suns' players better as has been the case since the beginning of the season. And now that he is out, the Point Guard position surely will have a big hole. However, Devin Booker has huge experience and his scoring and playmaking can pick up further. Mikal Bridges and Deandre Ayton will have to adjust their playing style, but both of them have a huge chance of boosting the scoring nonetheless. Aaron Holiday or Landry Shamet may start for the team at the PG but yes, the Suns still have plenty of weapons with McGee, Craig, and Johnson forming a strong frontline off the bench. Can the team adjust to life without Paul for around two months?

Points Range: The Suns’ offense can be hurt without Chris Paul into the system but hey, can you downplay the impact of Devin Booker on the offensive end? Cameron Johnson, Mikal Bridges, Jae Crowder, Deandre Ayton, and JaVale McGee surely raise their games with the passing of Chris Paul. On the other hand, the Thunder’s Point Guard spot has been strengthened with Shai Gilgeous-Alexander back in the mix as he is the leading scorer for the team. The Thunder defense can be disruptive but with Dort out, the team can be hurt by players like Bridges, Booker, and Johnson. I believe the Suns will score at least 106 points here while the Thunder will score at least 104. I think the total points range here is 210-220.

Prediction: Both teams will be fresh after the long lay-off and but for the Suns, it will be difficult to adjust without CP-3 who has been having the keys to the team as a floor general. Defensively, the Thunder has the ability to slow the pace but Devin Booker has been amped up throughout the season and he will walk into this game with an incredible zeal I believe. Shai may take some time to adjust but he can get some steam going too. Overall, I see the Suns taking this game 110:105.