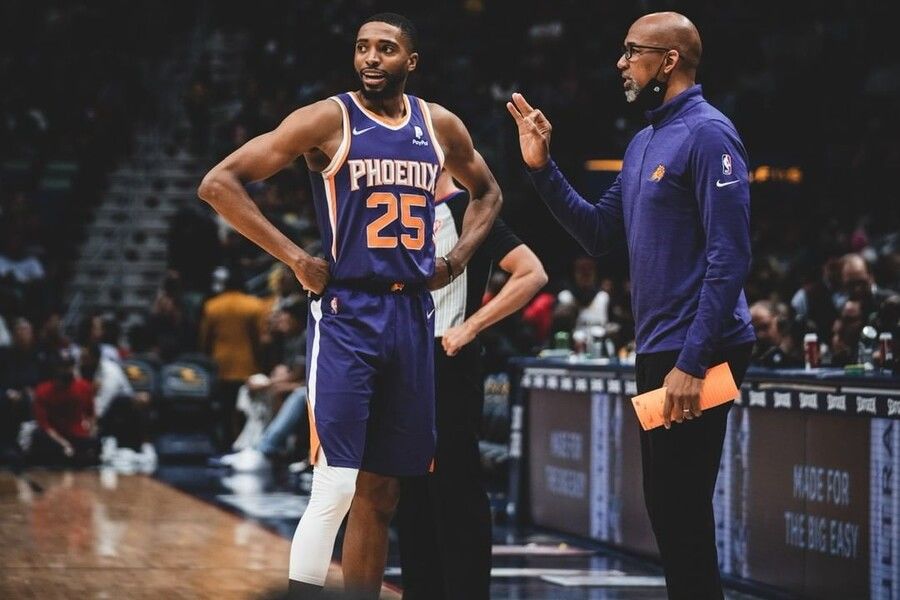 In this game, the Oklahoma City Thunder will take on the Phoenix Suns in what looks like a mismatch of epic proportions. The Thunder has been one of the worst teams in terms of record and on the other hand, the Suns have been flat-out the best team in the league. In this game, of course, the Phoenix Suns are heavily favored to win despite resting Devin Booker, Jae Crowder, and Deandre Ayton.

Thunder has fallen off due to a bunch of injuries

The Oklahoma City Thunder is basically fielding a third-string squad at this point and most of the players in the current setup are auctioning for a big role with this team or any other team. The next draft will be huge for the Thunder as the team is in rebuild mode and will need to furnish the squad. The Thunder formed a strong defensive team with Giddey, Dort, Robinson-Earl, and Shai, a unit that had a lot of athleticism and did let even elite offensive teams dictate the form. On the offensive end, the Thunder had been among one of the worst teams and they lacked sharpshooting from the perimeter for most parts.

The Suns are the team to beat

The Suns have set a high bar this season and they have formed a strong offensive and defensive unit. Surely, having a backcourt of Chris Paul and Devin Booker helps matters quite a bit. However, the team has grown so much largely due to the growth of two-way wing Mikal Bridges, who has helped turn around matters. Deandre Ayton has been huge too as the force in the middle, someone who can pin down rebounds, finish inside, and also take care of the defensive end. Jae Crowder has also been a premier defender while Cameron Johnson has been huge in terms of bringing shooting off the bench.

Points Range: The Suns have been an elite team on both ends of the floor and the team has been developing brilliant team chemistry throughout the season. They will be resting Booker, Crowder, and Ayton here but with Paul running the show and springy Mikal Bridges also becoming a better shot-creator compared to last season. Paul can run a ton of Pick and Rolls with JaVale McGee which can result in some easy buckets. On the other hand, the Thunder’s current unit doesn’t have a lot of experience playing together and that is why both ends of the floor have been compromised. I see the Thunder getting shut down here and the total points range here can be 210-220.

Prediction: The Suns despite being depleted can do a brilliant job with Paul, Bridges, Johnson, Craig, Shamet, Holiday, and McGee, a unit that has both shooters, slashers, and shot creators. Defensively too, the Suns are packed and give the Thunder a run for their money. This is why I believe the Suns will win this game 122:98.