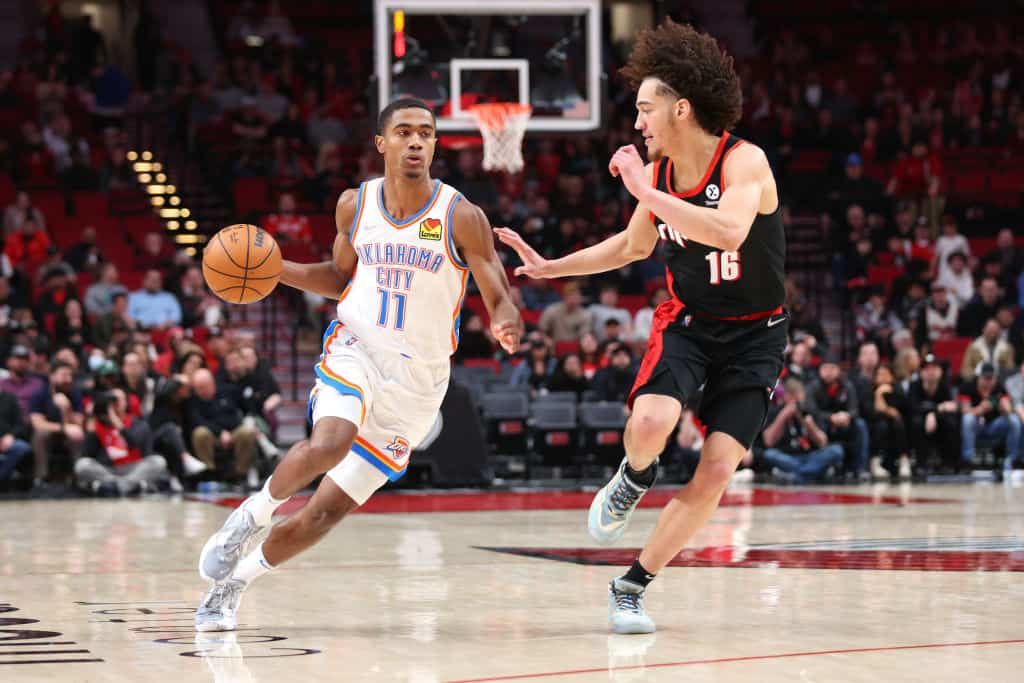 NBA is heading towards the Postseason but for some teams, the season is already over and will end at the Regular Season. In this game, two such teams the Oklahoma City Thunder and the Portland Trail Blazers will clash against each other. These teams are missing all of their key players at this point but Thunder has been playing much better.

The Oklahoma City Thunder began the season on a tough note and was slated to perform as such. The team is composed of many young players and played without a high-yielding Center for most parts while having little to no depth at all positions. Still, during the first half of the season, a healthy unit of Shai, Giddey, Dort, and Robinson-Earl played elite defense. On the other end, the team suffered a lot and was among the worst offensive teams, struggling all season long from the long-range. Shai, Giddey, Dort, Favors, Bazley, and Jerome have all been sidelined for the rest of the games. Despite playing with a short-handed roster, the Thunder stunned the Suns in the last game with a blowout win.

Unlike the Thunder, the Trail Blazers were slated for at least a Play-in tournament run but began the season on a slow note. Then Damian Lillard got injured and the season looked like a wrap when the team traded CJ McCollum and Norman Powell. However, even if the two players went missing, the lineup of Simons, Hart, and Nurkic pulled through. But then the injury to Nurkic derailed the squad and the injury to Hart and Simons served as the nail in the coffin. At this point, the Trail Blazers management will be looking for ways to fix the lineup during the offseason. What will they build around Damian Lillard?

Points Range: Both the teams are running the show with their second or what can be called a third-string squad at this point. The last time these two met, the game went to Overtime and yielded 265 points in total as the Thunder gobbled up a win by scoring 134 points. However, the Trail Blazers' offense has struggled a lot these days especially since Watford has been out and rookie Keon Johnson has done well recently. On the other hand, the Thunder ended up collecting a 117:96 win versus the Suns in what has to be one of the major upsets this season. I see the Thunder carrying the momentum forward and pulling off another big scoring night. The total points range can be 220-230 here.

Prediction: The young unit of the Thunder team has shown quite a fight these days and Center Aleksej Pokusevski has shown a lot of promise as an all-around player. The Trail Blazers lack all-around players at this point and are yet to identify the go-to-guy in this lineup on the offensive end which has caused immense scoring fluctuations. I believe the young Thunder will exploit the fluctuations and take this game 120:104.