Content
To top
1.
Oklahoma: The club’s leaders are capable of more
2.
Houston: Porter and Green are not living up to expectations.
3.
Expert Betting Tips
Users' Choice
12 200 USD

Oklahoma vs Houston: The Rockets to extend losing streak 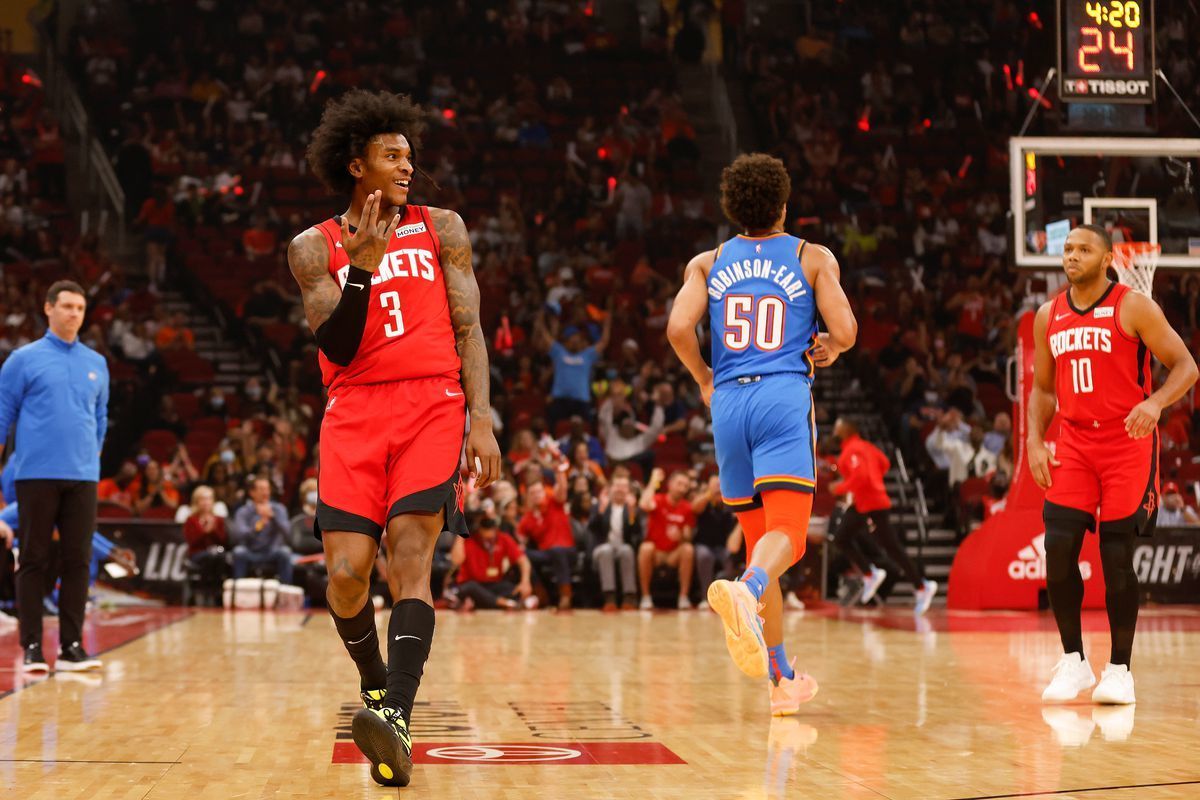 Houston picked up their only victory this season just against Oklahoma, but the Rockets are considered outsiders in an away game. Will the Rockets be able to break their losing streak?

Oklahoma: The club’s leaders are capable of more

The Thunder have exceeded expectations for the past year. Yes, Oklahoma are still only 11th in the West, but the team may continue to struggle to make the play-in instead of the obvious drain on the season. That said, Shai Gilgeous-Alexander has yet to peak, averaging 21.6 points on 42.5% shooting from the field. Josh Giddey has been good only in rebounding, while Luguentz Dort, the second-best scorer on the team, is hitting just 28.2% three-pointers on 6.5 attempts per game. Overall, Oklahoma are one of the league’s worst in three-point shooting, and 28th in field-goal percentage (41%) is still disappointing. The good news is that the Thunder are injury-free, and all starters will play against Houston.

After four straight wins, Mark Daigneault’s men have lost twice on home court. The Thunder fell at home to Miami, 90-103, in their last game. Oklahoma didn’t score much from the paint, and 20 turnovers converted into 31 points scored by their opponents. The Thunder relied on long-range attempts and shot well overall (15-of-41, 36.6%), but their defense left much to be desired. Gilgeous-Alexander had a poor game, hitting just 2-of-11 shots from the field, while Josh Giddey was 3-of-10 with 6 points + 9 assists. Jeremiah Robinson-Earl, Alex Pokusevski, and Luguentz Dort were much more effective, but their efforts were insufficient.

Houston: Porter and Green are not living up to expectations.

Houston’s current losing streak has reached the 12-game mark, and they are now a prime contender to finish the season in last place in the Western Conference. Kevin Porter, Jr. has made no progress from last season, and with the addition of Jalen Green, he’s even given up a bit. Green himself is still having trouble adjusting to the NBA, and the team’s most effective players are suddenly more experienced players - Eric Gordon, Daniel Theis, and Christian Wood. The Rockets are still worst in the league in losses (19.1 per game), 27th in assists (20.2), 27th in three-point percentage (32%), and 25th in shooting percentage (43.2%). Besides John Wall, Porter may not be on the floor. His participation is in doubt due to injury.

Last regular-season game, the Rockets lost on the road to Memphis with a score of 102:136. Stephen Silas’ team was helpless to defend the paint and allowed 30 points on the fast break. Throwing a traditionally high number of three-pointers, Houston scored only 11 of their 38 attempts, with only Garuba, Porter, and Theis making decent field-goal percentages. Jae’Sean Tate and Jalen Green were the Rockets’ top scorers, scoring 14 and 15 points, respectively.

The Thunder played well in the first half against the Heat the day before, yet the team did not realize their full potential. If Shai Gilgeous-Alexander finally shows his level and scores 25-30 points, the home team’s chances of success will increase significantly. That should be an easy task for Oklahoma’s frontcourt leader, as there will be plenty of room in the paint, and only Eric Gordon will be able to defend well at the arc. Houston have no one to carry the leadership load. Porter and Green are unstable, and Wood is very dependent on the ball handlers. That said, the opponents are quite comparable in many statistical metrics, and the Rockets are unlikely to make 45% of their three-pointers again, as they did in the last face-off. I suggest betting on the following outcomes: