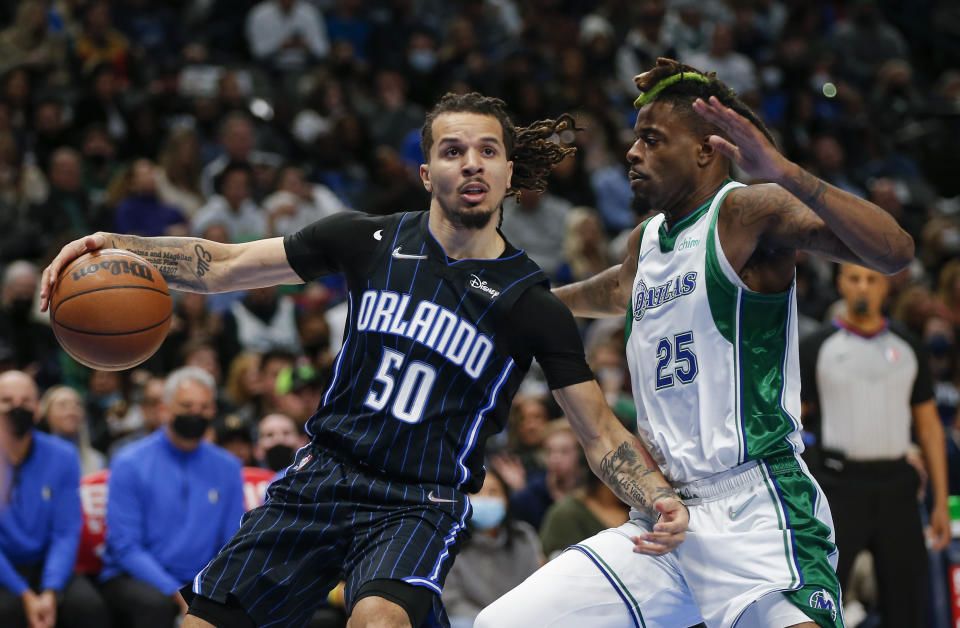 The NBA world is one full of unpredictability and uncertainty and well, this is the way it has been the way since the Association has begun its trail. The busybodies of the NBA keep on engaging in a tense schedule and well, it can have a huge toll on them and indeed has. Trust me, by now all the players in the league are playing at some form of niggle, and well, injuries pile up for some team from the early season so yes, the league does see its fair share of its injuries. Anyway, let us jump into this game between the Orlando Magic and the Dallas Mavericks in an Eastern-Western Conference confrontation.

Magic has lost a whopping 40 games and just has mere 10 wins. Well, this was expected from the young and inexperienced squad that is going through an intense rebuilding mode. Surprisingly, the team has won two out of the last three games but the usual case is the team going on a five+ games losing streak and are out of the game by the first half itself. On the other hand, the Mavericks have been on fire since the beginning of the month, right now with 29 wins and 21 losses, having won 13 games and lost three games this month. The Mavericks have been playing some elite defense all season long and since Doncic has come back, they have seen wins in close games. Now, that the team’s offense has also picked up, you can be sure that the team has been among the elite squads recently. Will the Mavericks take advantage of a vulnerable Magic team? To know my game total and result prediction, hop over to “Expert Betting Tips”.

Magic going through a painful rebuild

Teams like Grizzlies that are young across the boards are not a norm in the league and that is why Memphis’ current run has been so impressive. On the other hand, most rebuilding teams, i.e. the one with young and inexperienced players struggle, and Magic are the norm in that case for sure. The team has two rookies, one sophomore, and two other youngsters in the main five, and well, this usually means you are going to struggle against most teams in the league. Anyway, it is not like the current Magic record is a surprise considering that the squad was expected to struggle.

For me, the frontline of the Magic is highly promising due to Wagner, Wendell Carter Jr., and Bamba. Rookie Wagner has shown a terrific shooting stroke, Wendell Carter Jr. can scrap out rebounds, and Bamba can be a decent presence in the middle. Cole Anthony hasn’t shot well but if he is a better offensive team, he can be more efficient as the defense will have spread out. Rookie Jalen Suggs has shown promise but has ways to go in terms of his shot selection. Ross is a big-time scorer off the bench while Harris, Wagner, and Okeke round off a decent bench.

Dallas has been superb this month and for a team that defends well, figuring out offensive end will only bring terrific results. The Mavericks have been on a six-game winning streak and then a four-game winning streak while they have scooped up three wins in four matches. Teams that have a below 50% winning mark have stood no chance this month except the Knicks but yes, squads like Magic can especially be targetted by the Mavericks squad that has all of a sudden made claims as a title contender.

However, the team has suffered a huge setback recently. Tim Hardaway Jr. has suffered a major injury while Porzingis keeps going in and out due to an injury. However, there is one huge relief, the team is going to have a relatively easier schedule with six games after the Magic one at home and mostly against teams that have a worse record than the team and have struggled for most parts of the season. Well, with Doncic, you have an MVP-level player, Brunson does well as the second playmaker and scorer, Porzingis(OUT here) has done quite a bit of damage on the scoring and rebound end while Finney-Smith, Powell, and Bullock are great defenders.

Points Range: The Mavericks have scored 132 in each of the last two games, which implies that they have become a wonderful offensive team lately. On the other hand, the Magic has scored 114 or more in two of the three last games, which hasn’t been the norm for the team throughout the season. Defensively, the Mavericks have usually limited in the 95-105 and they have been one of the best defensive teams throughout this month. Magic is not among the best defensive teams and well, they have allowed 110+ points during most of the games. However, with Hardaway and Porzingis out, the team balance on both ends for the Mavericks can be a bit disturbed. Still, I see them limiting Magic under 107 if anything, while I see Mavericks going past 110 at least. For me, the total points range is 220-230.

Prediction: Even with Porzingis and Hardaway out, a lineup of Doncic-Brunson-Dorian-Kleber- Powell for the Mavericks look imposing enough. However, I believe the Magic has an edge in terms of the bench with the Mavericks depleted right now in many ways. For the Magic, the current window is an opportunity to come in as underdogs and surprise a team or two as some squads have picked up injuries. However, I think the Mavericks will not allow that and take this game 115:106.