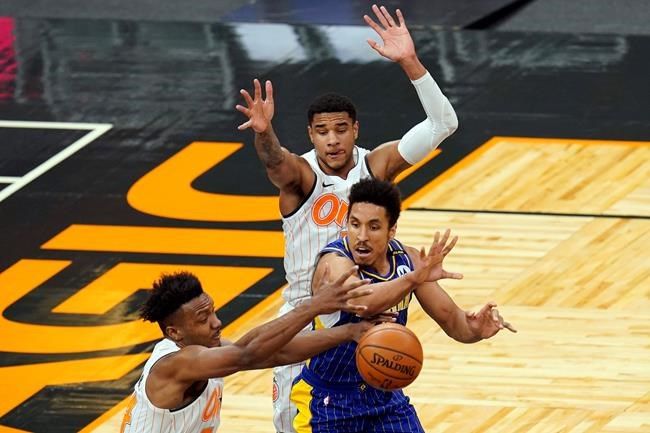 NBA is heading towards the Playoffs window and the matters are only going to become more intense from here on. As the intensity will pick up, some teams will play their best brand of basketball and look to string together several wins. However, the NBA game is much more than that, you never know when a team that has just 30% wins or so can upset a team that has won around 60% of their games or even much more. Well, this is the nature of the league where many bets can fail due to the unpredictable nature of the game. And here, two Eastern Conference teams in Orlando Magic and Indiana Pacers.

The Magic has claimed just 14 wins but has ended up losing 47 so far and they are clearly heading towards the lottery. They go on huge losing streaks and with two rookies, a sophomore in the main-five, the Magic has been struggling on both ends of the floor. With the way things are going, the Magic may be able to land one of the top lottery picks. On the other hand, the Pacers have been struggling as well, and even if they have won more than the Magic, their season has been a difficult ride. The team has lodged 41 losses and 21 wins, still, winning two out of the last three games. The team traded their star player Domantas Sabonis to get young talent in Tyrese Haliburton, and this can be a trade that can benefit them in long term. Anyway, both the squads are building something for the long term, but who will crack who here? To know my game total and result prediction, jump to “Expert Betting Tips”. For my player-based statistics prediction, slide to “Player Performance Prediction”.

Magic has an incredible young core and despite their abysmal record, they have laid the foundation of a special team. They have two high-yielding scorers and playmakers in the backcourt with Anthony and Suggs, both guards need a lot of boost in terms of efficiency but they are learning well. The frontline looks enticing with Wagner, Wendell Carter Jr., and Mo Bamba. Wagner is a solid all-around wing while Carter Jr. has been in my opinion the best player this season for them with his high-quality rebounding, elite defense, scoring, and improved playmaking. Mo Bamba has a long way to go but the Magic also has decent talent on the bench with Chuma Okeke who can be a dynamic big Forward going ahead. Let us see who the Magic will acquire in the next draft or will they trade them to get some big player in the exchange of the draft pick?

Pacers can be solid next season

While Pacers still have an outside chance of making it to the Play-in tournament it is a lofty expectation. Whatever is the case, the current rotation does have one big positive. Haliburton is still young and has been a top-notch scorer and playmaker, Buddy Hield can resurrect his career with the Pacers while Malcolm Brogdon is a brilliant all-around guard, and rookie Chris Duarte can also be an effective guard going forward. Oshae Brissett has been a sweet surprise in the starting role and has taken his game to another level after a lukewarm off-the-bench production when Sabonis was with the team. The team also has another solid young player in Jalen Smith, a big Forward who can be a great scorer and rebounder. Overall, there is a lot of talent for the Pacers but let us see how they approach the offseason.

Points Range: The Pacers have improved offensively since Tyrese Haliburton has added to the roster as he brings premier scoring and playmaking. They have been scoring 112 or more on a regular basis. On the other hand, the Magic usually score in the 105-109 points range but their defense is usually lagging behind. Both teams are actually not even close to being elite on the defensive end. I believe the Pacers will score at least 110 here while the Magic will be held below 109 here. I see the total points range here in 220-230.

Prediction: It can be an exciting battle between the two young teams. I see the Pacers winning the guard battle while the Magic taking care of the frontline battle. However, overall, the Pacers will shoot better from the three-point range. I see them taking control of the game in the third quarter and taking this game 118:108.