Content
To top
1.
Orlando will try to get their third win in a row
2.
Indiana is already forgetting how to win
3.
Injuries and suspensions
4.
Expert Betting Tips
5.
Betting options
Users' Choice
12 200 USD

Orlando Magic vs Indiana Pacers: A rare case of Orlando being the favorite 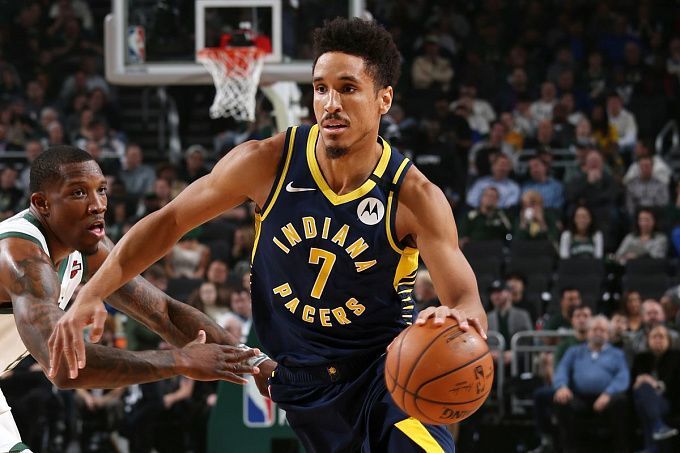 Both teams are no longer claiming anything interesting in the postseason, and they faced each other yesterday, and therefore we should expect a spectacular game with a lot of points scored.

Orlando will try to get their third win in a row

The Magic are still the weakest team in the Eastern Conference, but that doesn't mean they can't come away with a win against their neighbors in the standings.

In last night's game against Indiana, the entire Orlando roster put up great numbers, with the entire starting lineup scoring 76 of 119 points and Markelle Fultz, R.J. Hampton and Gary Harris coming off the bench to score 10 or more points, which was hard to do anything against. If the charge and spirit are enough for tonight, the home team will remain the favorite.

Indiana is already forgetting how to win

Since the new year, Indiana has only won seven games, the announced rebuild is underway with future-oriented goals, and therefore the team probably isn't expected to produce any results.

Still, losing to the weakest team in their conference two games in a row is a result the Pacers will try to avoid. But there are a lot of losses in the lineup and whether Brogdon and Stevenson will be enough to win is a big question.

The hosts have faced the guests twice this season. You know how the last game ended. The first match held on February 3 also ended in victory for Orlando, but there was only one point difference (119-118). At that time the Pacers still had Levert, Craig and Holiday. We will most likely see another win by the Magic with a comfortable margin and an individual total over 115.