Orlando Magic vs Milwaukee Bucks: Bucks are in full groove 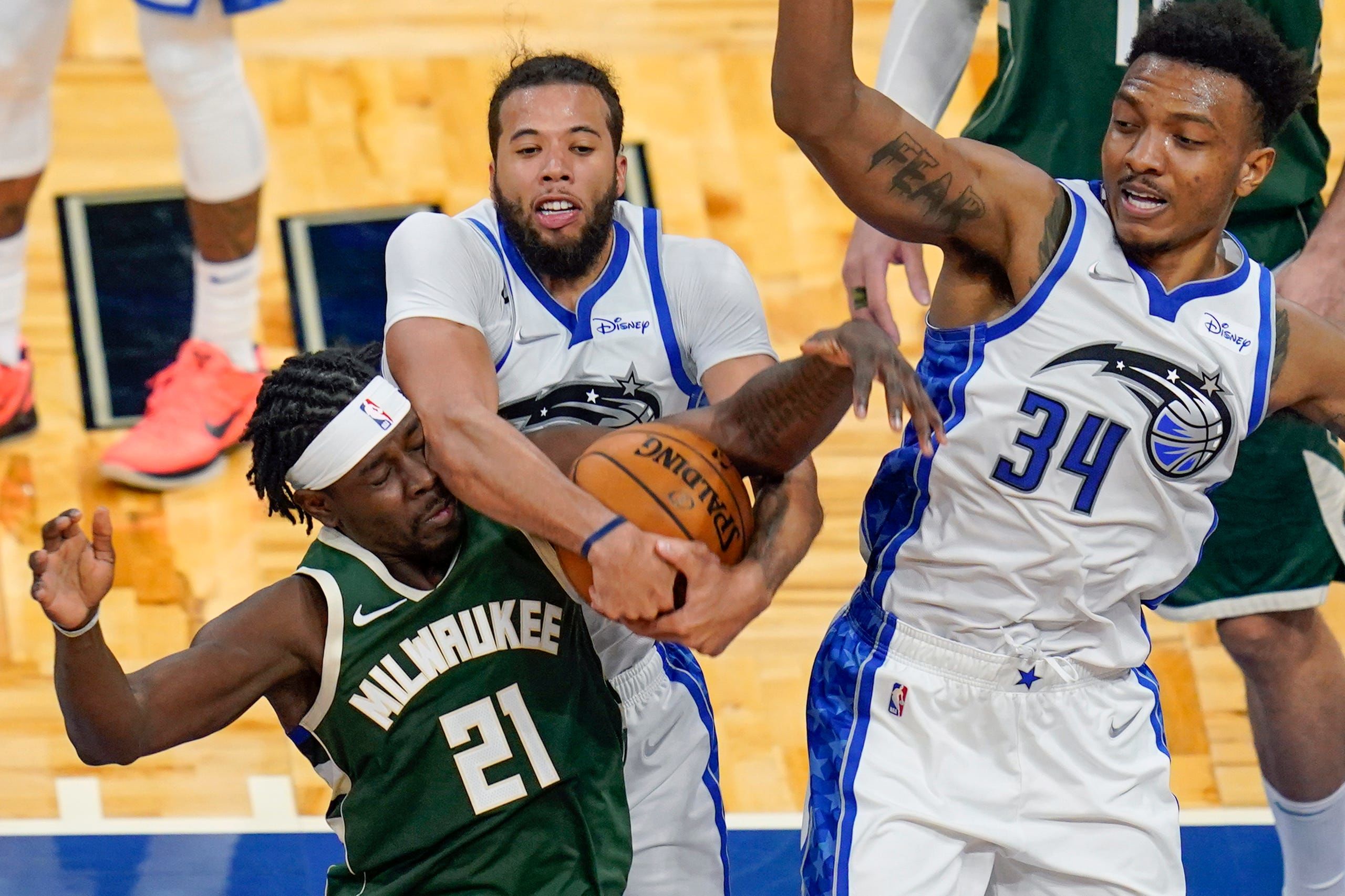 With the New Year approaching, the hold of Omicron surge has only grown tighter when it comes to the NBA world. The number of players in the COVID-19 protocols have grown and are approaching 200 steadily but many players have recovered as well. As various head coaches of different squads are saying, we have to get used to it. In this game, the Orlando Magic hosts the Milwaukee Bucks in an Eastern Conference battle. Magic has been hit by injuries and COVID-19 alike, but they weren’t winning any games when they were comparatively healthier. They came into this contest after losing to the Milwaukee Bucks 110:127. The Bucks on the other hand have 23 wins and 13 losses and there is no surprise that they are one of the best teams in the league, grappling with COVID-19 and injuries with full confidence. Indeed Giannis and co. are a force to be reckoned with and the Orlando Magic will have their hands full with Cole Anthony out. How will the short-handed Magic see off the Bucks, will the same old losing march continue for the hosts? For a quick look, head over to “Notes”. For game result and total prediction, jump to “Expert Betting Tips”.

Bucks look deeper: Bucks are deeper compared to last season and for a championship team, that is just some another level. Bobby Portis is in his prime, Giannis, Khris, and Holiday are a formidable trio that have scoring, playmaking, rebounding, and defense all combined. Grayson Allen has been a bit down scoring wise but Pat Connaughton brings both defensive and offensive smarts off the bench. Cousins, the still recovering DiVincenzo, Hill, and Matthews fill out a regular rotation off the bench and this team looks formidable even without starting Center Brook Lopez who played a crucial part last season. With the lineup, the either side of the court are formidable and the team perhaps has more depth than the Eastern Conference leader in the Nets.

Magic’s options: With Wendell Carter Jr, Gary Harris, Franz Wagner, RJ Hampton, Tim Frazier, and some other role players, the team is heavily dependent upon rookie Wagner to generate most of the offense. Now Mo Bamba and Terrence Ross are “Game Time Decisions”, which means that if these two are ready to go then the Magic chances of producing a high-quality offense and rebounding increase. Still, against the Bucks, without Cole Anthony, the team lacks a lot of scoring and playmaking. With their current numbers, the Magic doesn’t look as effective as before but then make no mistake, they were struggling like this with a healthier lineup too and as many as four-five key players have not been hit the floor this season including wing Jonathan Isaac.

Points Range: Bucks have gotten around 125+ points in three of the last five games, and against this Magic squad, they had no trouble putting up those many points during the last battle. Magic has had trouble scoring compared to the Bucks and they have less isolation, shooting, and driving options compared to the Giannis-led Bucks. Bucks can get on the offensive boards and do the damage while the versatile all-around lineup with Khris, Jrue, and Giannis can capitalize on opposition’s mistakes. It will not be a surprise if Milwaukee eclipses the 110 area again. For me, the total points range here is 215-223.

Prediction: Magic has struggled winning games, playing home and away, it has made no difference. Orlando has been not focusing well on the defensive end and one of the main reasons for that is the inexperienced players and also the current unit has not played many games together. Now, the Bucks can dent the flow of Orlando’s offense and increase leads over quarters. I think the Bucks will claim this 121:97.