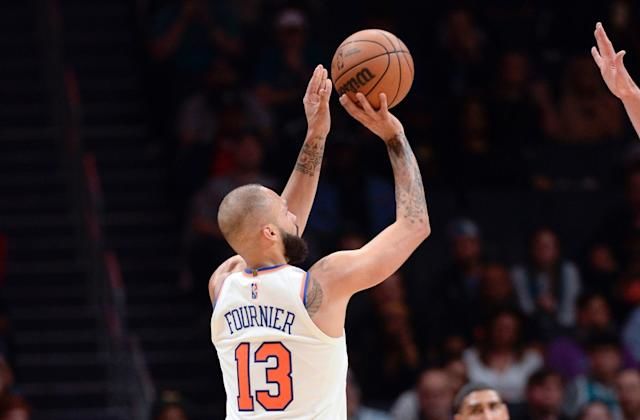 NBA has been moving into the Playoffs territory but for some teams, the season is pretty much over. And two of those teams the Orlando Magic and New York Knicks that are out of the Playoffs will meet in this game. The Magic has been among one of the worst-ranked teams in the league and on the other hand, the Knicks have been knocked out of the Play-in tournament but they have played much better.

The Magic has been reeling throughout the season

The Magic is on a five-game losing streak and this has been the common theme for the team all season long. Orlando is going toward another draft lottery and the team’s core has been rather special. Cole Anthony and Jalen Suggs make for an exciting backcourt pairing, but both of these players will need to work on their shot selections. Franz Wagner as a rookie wing has shown all-around promise while Wendell Carter Jr. has to be the best player for the team on both ends of the floor. Mo Bamba needs more polishing and the next draft will be huge for the team, let us see how the team approaches this.

The Knicks have their work cut out

This season has been a waste for the Knicks on the offensive end and they have been one of the most inefficient teams in the league. One of the major issues for the Knicks has been their shot selection and the Point Guard position has missed the required fizz while even ace players like RJ Barrett and Julius Randle have played out of control. Randle’s time with the Knicks looks questionable and there is a chance that he is traded during the offseason. Apart from these two, Immanuel Quickley has shown some spark but overall, the team may have to bring in a special two-way Guard to make a difference.

Points Range: Both these teams have been rather erratic on the offensive end and with Wendell Carter Jr. out for the Magic, the Magic will be hurt on both ends of the floor. The Knicks will be revved up as RJ Barrett can knock down some tough shots and despite his inconsistencies, he will keep multiple defenders busy. Coach Tom for the Knicks can employ Obi Toppin and Mitchell Robinson in the frontline and Obi can be a difference-maker as the athletic big Forward. Alec Burks has done much better as an all-around Guard while on the other hand, the Small Forward Franz Wagner will be big for the Magic. The Magic is going to be field pretty much a second-string unit. I believe the total points range is 210-220.

Prediction: The Knicks will perhaps field a main-five of Burks-Barrett-Fournier-Toppin-Robinson and Quickley off the bench which looks like a better unit than the current Magic one. The Magic do need Cole Anthony here because they are seriously lacking shot-creators at this point. I believe the Knicks have more tools at their disposal and they can end up winning 116:104 here.