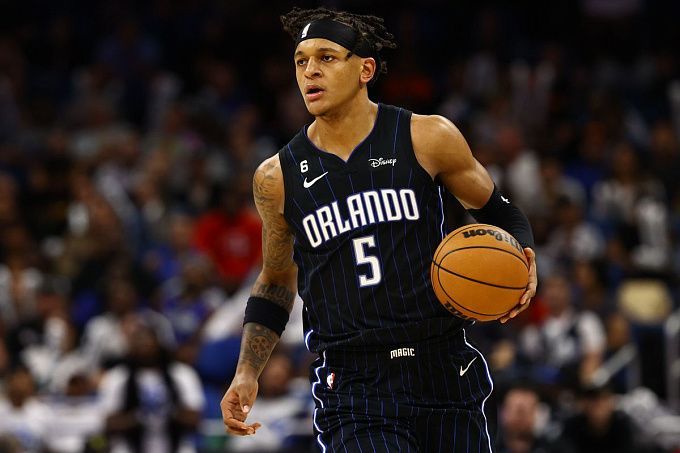 Orlando has lost their last three games to Philadelphia, and now the Magic have a great chance to break their losing streak. Will the home team be able to take advantage of the Sixers' personnel problems?

The Magic played their last game back on November 22, but the break turned out to be quite convenient for the club. Paolo Banchero finally recovered from his injury, and it was kind of hard for the Orlando Magic without their offensive leader. Wendell Carter Jr. is still in the infirmary, but he could be back in action for the game against Philadelphia. Markelle Fultz recently began practicing and his status is unclear, but he should also be optimistic. Cole Anthony could return to the lineup as well, while Chuma Okeke was sidelined the day before due to injury. Okeke has become an important part of the Magic's defense, consistently playing 20-25 minutes in the starting five. Moritz Wagner and Gary Harris were recently recuperated, so the NBA fans will have a chance to look at Orlando's true strength in the near future.

In their last 5 regular season games Jamahl Mosley's team has only won 1 game on the road against Chicago. Last game, Orlando lost on the road to Indiana, 102-123. The Magic played good defense from beyond the arc, but they missed too much in the paint. R.J. Hampton, Admiral Schofield, Chuma Okeke and Jalen Suggs had no long-range shots at all, but they simply lacked a bright leader on offense to make up for it. Franz Wagner scored 20 points, but that's not enough when the majority of the team is not playing. Mo Bamba had a nice game, and Gary Harris was great off the bench with 18 points on 6-of-11 shooting.

The Sixers played their last 2 games without Joel Embiid and still managed to beat Brooklyn, who had a near-optimal roster. The loss of the Cameroonian would have been less drastic had Philadelphia not already lost two key players, Tyrese Maxey and James Harden. Now Doc Rivers has to improvise and plug holes while focusing on defense. Shake Milton has become an important player on the wing as well as Georges Niang who secured his place in the rotation thanks to his accurate three point shooting. Danuel House has been slowly overtaking Matisse Thybulle, who's played less than 10 minutes per game lately and is out due to injury.

Last game Doc Rivers' team lost to Charlotte, 101-107. Philadelphia led by as many as 12 points after the first quarter, but the problems on both ends of the floor were evident to the naked eye. The Sixers constantly left their opponents open at the arc, and with proper execution, the Hornets would have been defeated. Philadelphia missed 72 points from the paint, and it looked like a disaster. Long-distance shots did not fly at all: Tobias Harris was 1 of 9 from beyond the arc, De'Anthony Melton was 2 of 9, and only Georges Niang made at least 35% of his attempts.

The Sixers have won without Embiid this season, but they haven't had this much of a staffing problem in a long time. Tyrese Maxey was nearly the first option on offense in Harden's absence, and now Tobias Harris will have to step up and take care of everyone. Against the Hornets, Harris made some tough shots, and his efficiency might suffer. Tobias will probably be guarded particularly closely, as the 76ers have players who are virtually useless offensively. P.J. Tucker hasn't scored in 4 straight games, and Matthysse Tybull, if he plays, won't help in the opposing half either. Tucker simply doesn't have the size to defend adequately against Bol Bol or Mo Bamba, and Montrezl Harrell gets little playing time precisely because of his vulnerability on defense.

Orlando is slowly putting together its optimal lineup. Banchero should upgrade the Magic's offense, the club has good role players, and even in a more difficult situation, the team managed to beat much more serious opponents than the current Sixers. Our prediction: