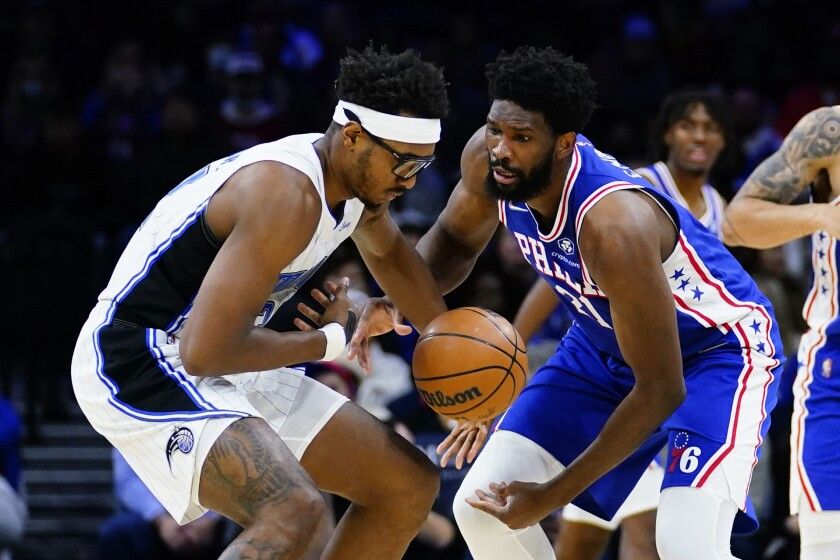 Hello, fellow NBA fans, how is it going? Is the betting scenario treating you well? Isn’t it fun these days when some elite teams are facing the heat from the bottom-ranked and with the Playoffs nearing, the desperation mode is on for various squads. This desperation has been compounded by the fact that the Postseason is just a month away or so, which means the window to mount a big run keeps collapsing with each day. In the Eastern Conference, the battle for the top spot is still wide open and there is a high competition this season with their rise of multiple teams. With that in our mind, let us jump into this game between the Orlando Magic and the Philadelphia 76ers.

The Orlando Magic has improved vastly compared to the last season and some of their gains recently have been impressive. The team has won the last two games and in the larger picture, the team has won five out of the last eight games, however, overall, the team has lodged just 18 wins and 50 losses, which means the squad is far removed from the Play-in tournament contention. On the other hand, the Philadelphia 76ers have lost two out of their last three games but in the larger picture, they have compiled eight wins in eleven games and the season has been transformed for them after acquiring James Harden, who has given the much-needed depth at the Point Guard position. The 76ers are at the third position in the East but the second-fifth place battle is tightly packed between them, Bucks, Bulls, and Celtics, all within comfortable distance against each other.

Youth of Magic: Magic is in rebuilding mode. They have a young core, a main five that consists of two rookies, one sophomore, and two other young players. I feel the most promising player this season has been Wendell Carter Jr. who is carving out his identity as one of the best defenders in the league, while also improving his scoring and clinching big-time boards. Cole Anthony can be a formidable one-guard if he improves his shooting percentage while Jalen Suggs, the rookie has shown promise too. Rookie Franz Wagner has been impressive but he has struggled in terms of efficiency, however, has shown a huge promise at the wing position. Mo Bamba has had a terrific season. Meanwhile, it is good to see Fultz return after a long time and he may resurrect his career with the Magic.

76ers and Harden: James Harden has given the 76ers what they lacked all season long, i.e. a Point Guard who can shoot, be a brilliant playmaker, push the tempo and also keep the offense switched on. When you pair up such a player alongside Joel Embiid, someone who can dash inside and make some tough shots from different angles. Tobias Harris complements the core well and he can be an effective off-the-ball player but it is Tyrese Maxey, whose role is huge and he has certainly responded well with the inclusion of Harden. Matisse Thybulle provides elite perimeter defense but outside of that, the bench is not that strong outside of sharpshooter Georges Niang.

Assuming these players are available, these are my players-based predictions:

Points Range: The 76ers have been a high-octane offensive team with Harden in the lineup, crossing the 110 points mark more often not. Offensively, the Magic has mostly been 103-108 points range and can struggle in terms of shooting the ball. Defensively, the 76ers did give up 120+ against the Nets but they are a much better defensive team with Thybulle as the pesky presence on the perimeter and Embiid as the shot-changer inside. The Magic has done well defensively, especially at home, limiting oppositions to 110 or lower constantly. However, I see the 76ers passing that mark. The total points range seems to be 210-220.

Prediction: As stated above, the Magic has done well recently and a win against the offensively packed Timberwolves must have bolstered their confidence. However, the 76ers can present more challenges with Harden doing the damage in the backcourt alongside Maxey and Embiid doing his thing. On the other hand, the Magic has had some tough shooting nights and I believe this will be one of those games. That is why I think the 76ers will win this with a scoreline of 117:102.