Orlando Magic vs Portland Trail Blazers: the Hosts May Show an Interesting Match 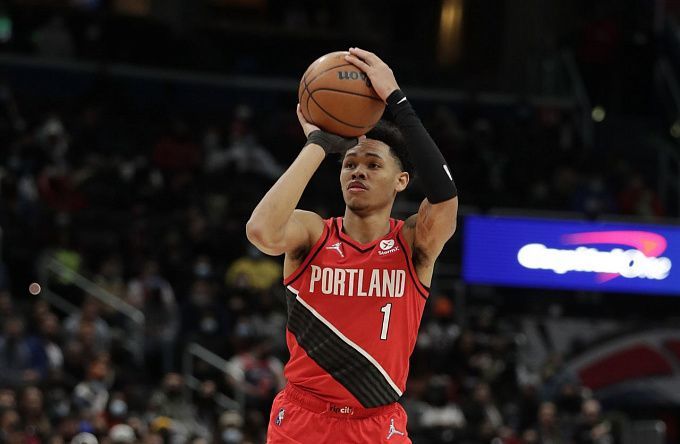 Tonight, one of the worst teams in the East could bleed the visiting team from the West, who are actively trying to get into the top 10, even though they came to win. Check the teams’ conditions and expert betting tips. Several betting options are available!

That’s the result for Orlando at the start of the new calendar year - one win in eight losses. The team doesn’t have a single home win, but to be fair, it played only two games at the Amway Center in January. The Magic’s last home win was against Denver on December 2.

That said, Orlando does surprise sometimes, and tonight’s opponent is one of those that can afford surprises.

Tenth in the West, which means Chauncey Billups’ charges, still has a chance to play after the regular season and compete for a full postseason berth. The Blazers have been without Lillard since January 4. The team’s star player may be getting ready to change clubs. Maybe the time is right for that. Out of the seven games that Portland has played, four of them have ended up with wins. Against tonight’s opponent, the team should have enough margin for a fifth win.

Portland is the favourite for this meeting, and, understandably, Simons is performing excellent games. C.J. McCollum should be back, and the lineup as a whole is quite competitive. Still, Chauncey Billups’ team doesn’t look stable, so the hosts may well put up a fight, which gives a chance for a slight final difference. Just in case, we bet on a win for the home team.